Memorials to the War Dead and Missing 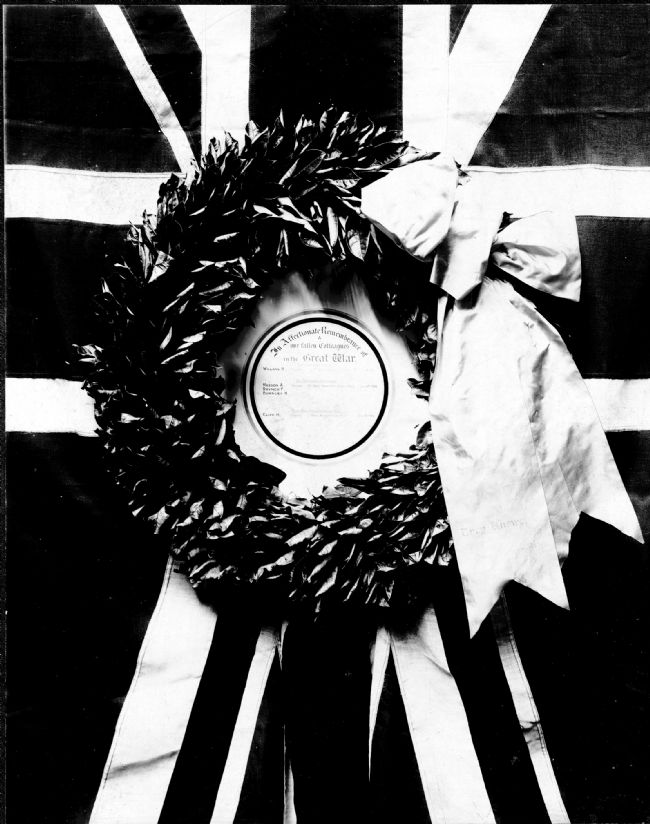 Memorial WW1 wreath with central inscription
After the First World War the Commonwealth War Graves Commission (CWGC) planned special cemeteries for British and Commonwealth soldiers. Each grave was supplied with a headstone and families were asked whether they wanted to include a religious symbol or an epitaph (special inscription) of up to 66 letters, at a charge of 3½d (worth around 50p today) per letter. 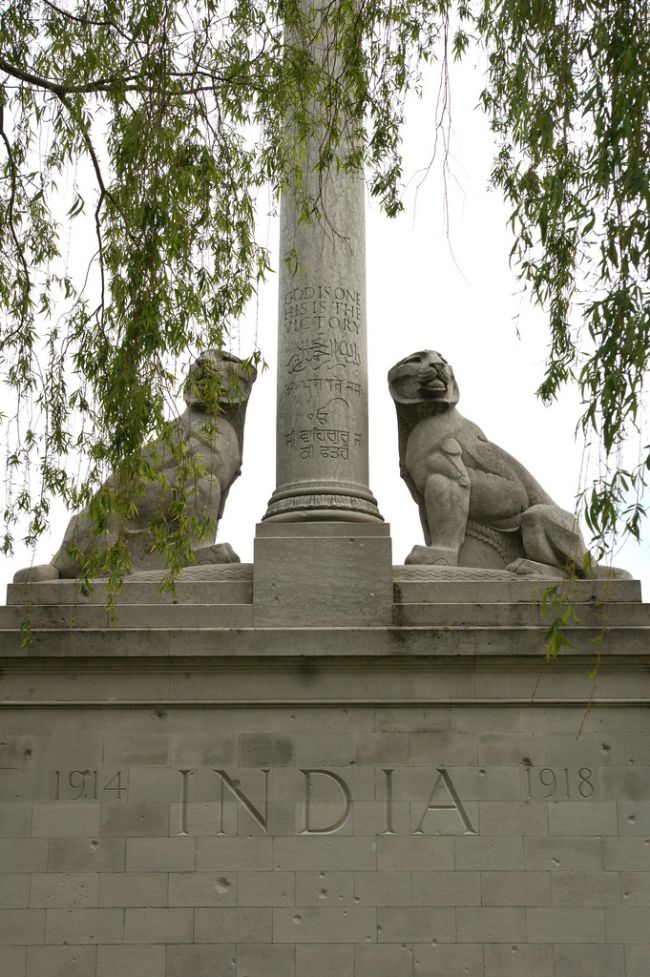 The Column at the British Indian Army Memorial at Neuve Chapelle
The CWGC also wanted to honour those whose remains might never be located and give their families a memorial to visit. By 1922 around 300,000 war dead of all nations were still unaccounted for. Some are still being discovered a century later, like Private George Nugent of the Northumberland Fusiliers, who was killed during the Battle of the Somme in 1916. Private Nugent’s family were informed that he was missing in action, and he was finally laid to rest after his body was found in 1998.

To honour those whose remains would never be located, several special memorials were created. The Menin Gate was unveiled in 1927 in the town of Ypres, Belgium. It is an enormous structure in the form of a covered arch, designed by Reginald Blomfield. People can pass through it into the town, beneath the inscription:

Here are recorded names of officers and men who fell in Ypres Salient, but to whom the fortune of war denied the known and honoured burial given to their comrades in death.

On panels within the arch the names are inscribed of 54,896 British fallen servicemen whose bodies were still missing. 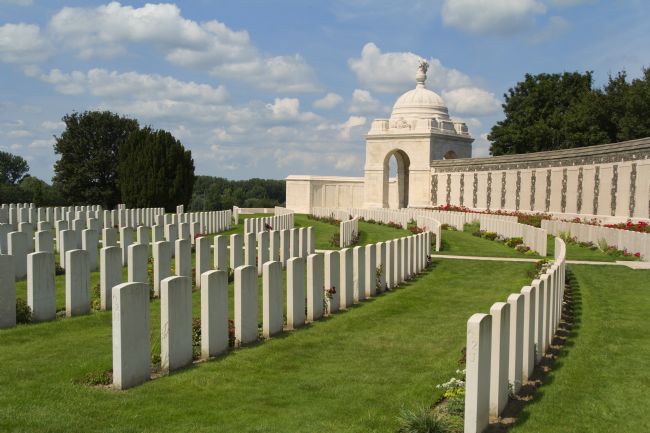 The Tyne Cot Commonwealth War Graves Cemetery
There was not enough space on the Menin Gate for the names of all the missing, and so the 34,984 soldiers killed after 15 August 1917 are commemorated on the Memorial to the Missing, at Tyne Cot Cemetery (named after the German concrete pill box sentry posts in the cemetery grounds, which were nicknamed due to their resemblance to Northumberland workers’ ‘Tyne Cot’ cottages). Other memorials followed in areas of particularly high losses, including the Thiepval Memorial on the Somme; the Helles Memorial in Gallipoli; the Arras Memorial; and the Basra Memorial in Iraq.

Former British colonies established separate memorials for their own servicemen. The Neuve-Chapelle Memorial honours the 4,742 Indian troops who died while serving in the British Indian Army. Sir Herbert Baker used a great deal of symbolism within his design for the memorial, which resembles an ancient Indian shrine. Within an area enclosed by a stone wall, there is a small temple of the dead, with its interior covered with panels of soldiers’ names.
Opposite the temple is a monument which consists of a pillar on a Stone of Remembrance plinth inscribed with the words ‘Their name liveth for evermore’. Carved stone tigers sit beside it and a lotus flower, Star of India and the Imperial Crown (symbolising British rule) on top. The column is also inscribed with the words ‘God is One, His is the Victory’, in English, Arabic, Hindi and Gurmukhi, reflecting the main languages then spoken in India.

Enclosed – land with a barrier around it
Monument – something built as a tribute to a person or event
Plinth – a square block beneath a column or statue
Sentry – a soldier on guard, looking out for danger
Shrine – a place that is special for religious reasons
Next section