Health and Safety in the Industrial Revolution

The Industrial Revolution completely reshaped British society in the late 18th and early 19th Centuries. Britain was already becoming wealthy from overseas trade and now people began investing in new technology to enable goods to be made on a larger scale.

During the mid-18th Century inventor Richard Arkwright realised that other countries were using new technologies to improve the cloth-making process. Arkwright created a number of machines for manufacturing cloth, like the Spinning Jenny which produced more cloth at a faster rate and at a lower cost than by hand.

Women and children made up a significant part of the workforce in the factories, because they were cheaper to employ. Children would usually carry out simple jobs, while women were seen as dexterous and men would perform harder physical labour or management (overseer) roles.

A time before Health and Safety

Once the largest woollen mill in the world, Armley Mills is now a museum. The giant machines on display there were once constantly at work, with very few safety measures in place for workers, like guards or covers on the machines. Bobbins and shuttles would come loose and hurtle through the air towards the women working the machines. 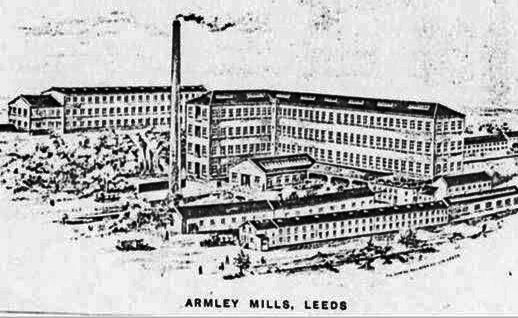 Engraving of Armley Mills in the 1800s
More serious accidents also happened. In 1822, 13-year-old George Dyson, lost his life at Armley Mills, while working on the large carding machine. 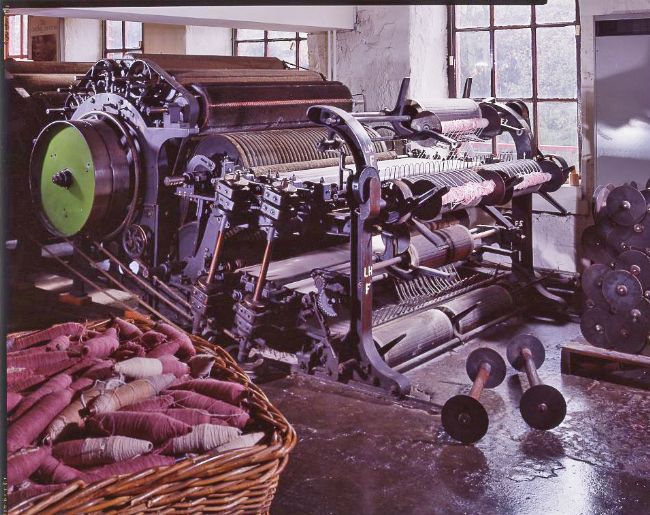 Carding Machine at Leeds Industrial Museum Today
There were many other hazards for workers. Woollen mills like Armley were often damp and the floors slippery with grease from the fleeces. Workers breathed in dust and woollen fibres, making them ill. The loud noise of the machines at work could make workers deaf over time.