The Woodhouse Moor Procession and Speeches

In May 1913, there was a WSPU procession to Woodhouse Moor. You can access a transcript of the newspaper report on the speeches given by suffragettes during this procession. 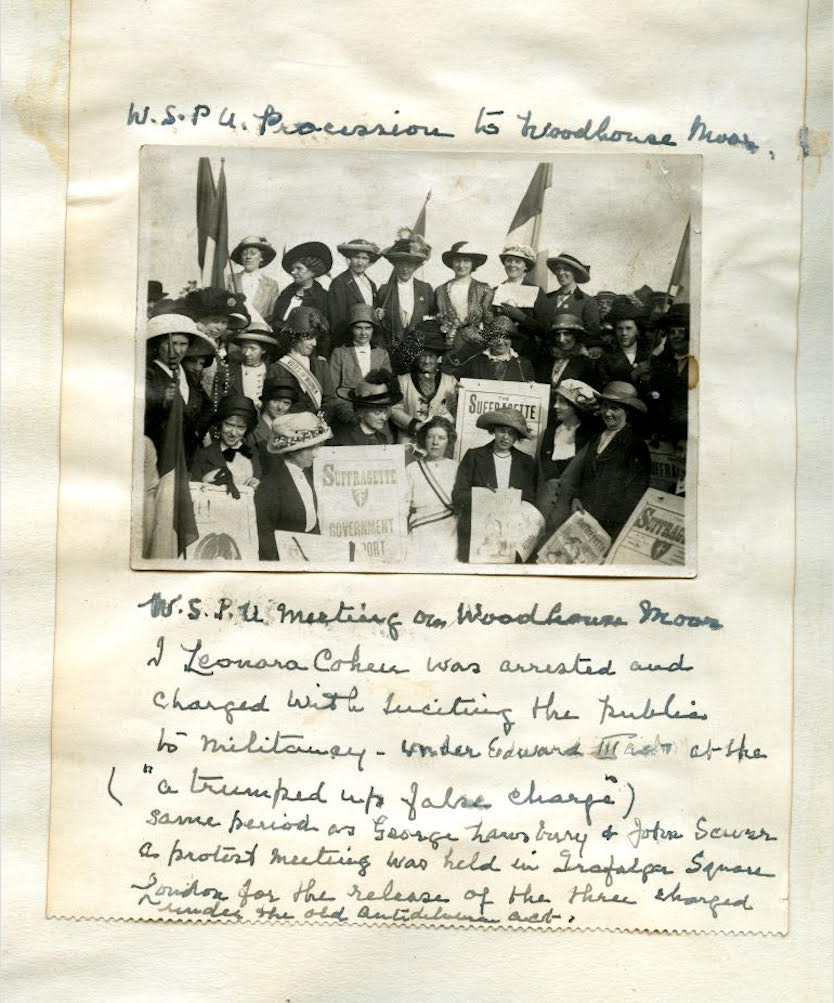 Leonora gave a speech, which was written down by local detectives.

They then used her speech as a reason to arrest her.  She didn’t go to prison but agreed to be ‘bound over’.  This meant that she promised to stop getting involved in certain activities.  You can access a copy of the newspaper report of the incident here.

In November 1913, Leonora smashed a window at the Leeds Labour Exchange on the day that Prime Minister Asquith was visiting the city.  She gave her name as ‘Woman A’ to the policeman who arrested her, but as she was so familiar he still put her real name and address down on the forms he was completing.  She was sent to Armley prison where she went on hunger and thirst strike.

In December 1913 she was released from Armley under the Cat and Mouse Act. This meant that she was released from prison temporarily as she was weak from not eating or drinking. Why do think it was called the Cat and Mouse Act? It was meant to be a chance for her to recover her strength before she would be re-arrested and taken back to prison to finish her sentence. She was never taken back to prison.

Lots of the suffragettes were fed by force in prison. Fortunately Leonora was never force fed as she had damage to her neck that was caused by her having tuberculosis as a child.