After her release from Armley she moved to live in Harrogate with her husband Henry and her son Reg.  Here they set up a vegetarian boarding house, and other suffragettes who were released from prison were able to stay with her to regain their strength.

In 1914, Lillian Lenton, another suffragette, was released from Armley to stay with Leonora in Harrogate.  Lillian had escaped from a house in Chapel Allerton in Leeds on an earlier occasion so was being watched by the police.  Leonora and others helped her to escape, disguised in Reg’s clothes.

Once the First World War broke out, Leonora dedicated herself to war work. She moved back from Harrogate to Leeds. She joined a trade union and went to work in a munitions factory, and later went on to set up a Trade Union for female munition workers and was a member of the Leeds Food Control Committee. At the end of the war she applied to join the Women’s police, but wasn’t allowed due to her history as a suffragette.

In the 1920’s she went on to become a Magistrate, after being nominated by the Trades Council.  A Magistrate hears criminal cases in a court of law and helps to make decisions about the sentence that a criminal might receive for their crime. Leonora worked as a magistrate for over 30 years. In 1928 she was awarded an OBE for her services to Leeds.

In 1966, she worked with Abbey House Museum to put on an exhibition about the WSPU, suffragettes and the Votes for Women campaign.  This is how Leeds Museums have come to look after her collection today. 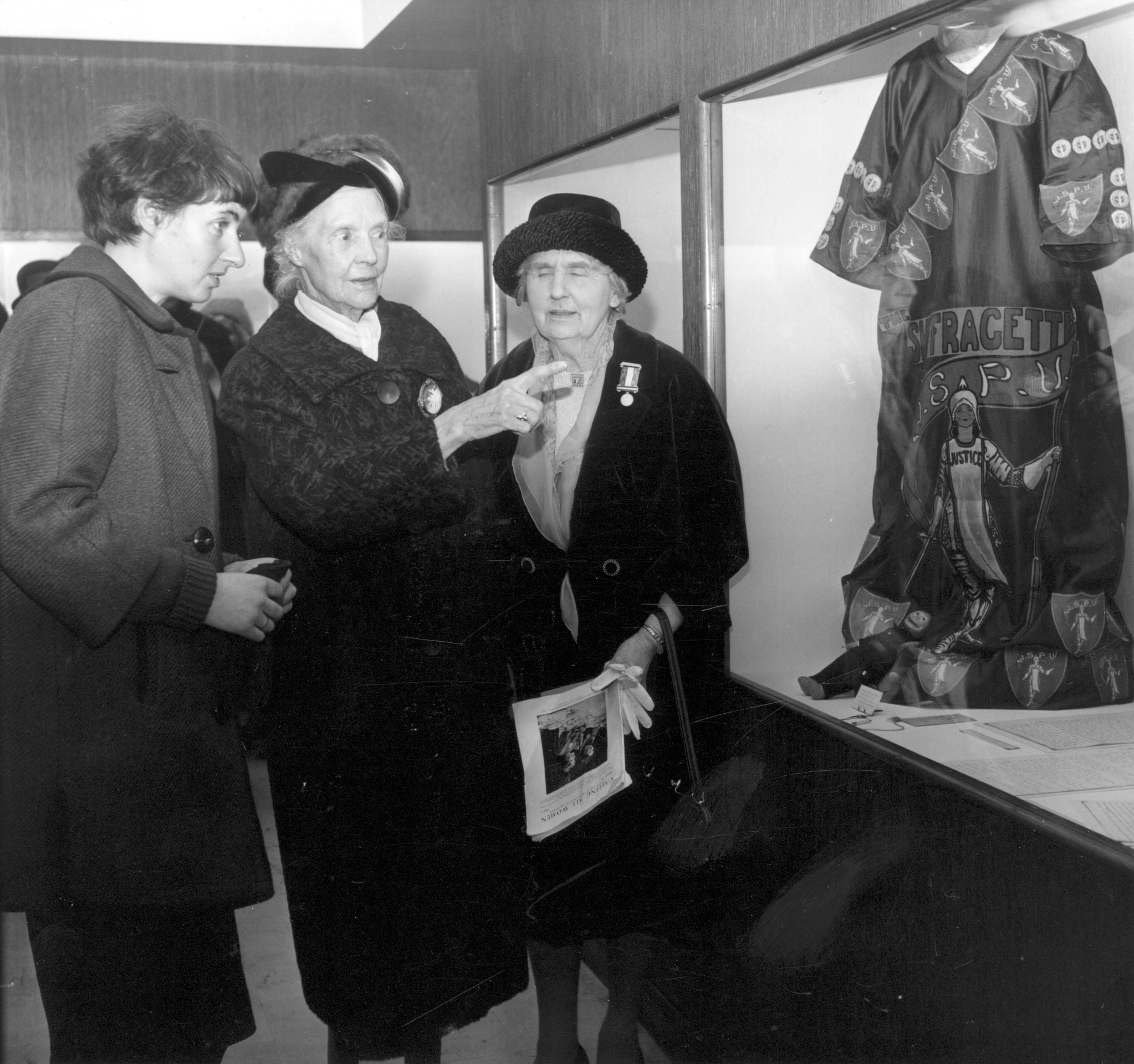 In 1973 Leonora celebrated her 100th birthday.  In a speech she gave she was quoted as saying

In 1974 the BBC make a TV drama called Shoulder to Shoulder looking at the Votes for Women campaign.  Leonora is one of three former suffragettes on the front cover of the Radio Times.  She was also interviewed by historian Sir Brian Harrison as part of his research into the lives of those involved in the ‘Votes for Women’ campaigns.

What can we Learn about Campaign, Protest and Equality?