Abolition Activists in the Yorkshire Dales

These men all felt strongly enough about the injustice of slavery to try to make a difference. Some of them were ordinary people living in the Dales, some of them had positions of power and others had witnessed slavery at first hand whilst working abroad.

They were a ship’s surgeon, clergyman, landowner, actor, plantation overseer and farmers, but they all contributed in a variety of ways to the campaign to abolish the trade in enslaved people.

Let these people inspire your class to create a campaign about something that matters to them!

Claxton was a ship's surgeon from Burton in Westmoreland. As a result of his experience on slaver ships, he gave evidence to a House of Commons Select Committee in 1791 and described the voyage in graphic detail.

A landowner of Brougham Hall, near Penrith, Brougham became interested in the abolition movement in 1803, and soon became a leader of the anti-slavery circle, which he approached from a humanitarian standpoint rather than from a religious sense of duty.

Another landowner, Clarkson campaigned against both slavery and the slave trade. He was one of the twelve men who formed the Committee for Abolition of the African Slave Trade and was based in Penrith some of this time. He took on the role of fact-finder, gathering evidence against the trade.

Rev Sedgwick rallied local support for William Wilberforce in the 1784 Dent election and the contest for the county of York. The fact that Wilberforce had become famous as an enthusiastic advocate for the abolition of the Slave Trade was a key reason for him gaining the support of Reverend Sedgwick.

A renowned Shakespearean actor born in New York City, Aldridge made his London debut on 10 October 1825 at the Royal Coburg Theatre. He married Margaret Gill, the daughter of a Northallerton stocking weaver and toured the country playing at provincial venues such as Kendal and possibly Richmond. During his early career, Aldridge used his theatrical talent to prove that Black people were as equally intelligent as White people and could interpret cultural material such as the writings of Shakespeare. 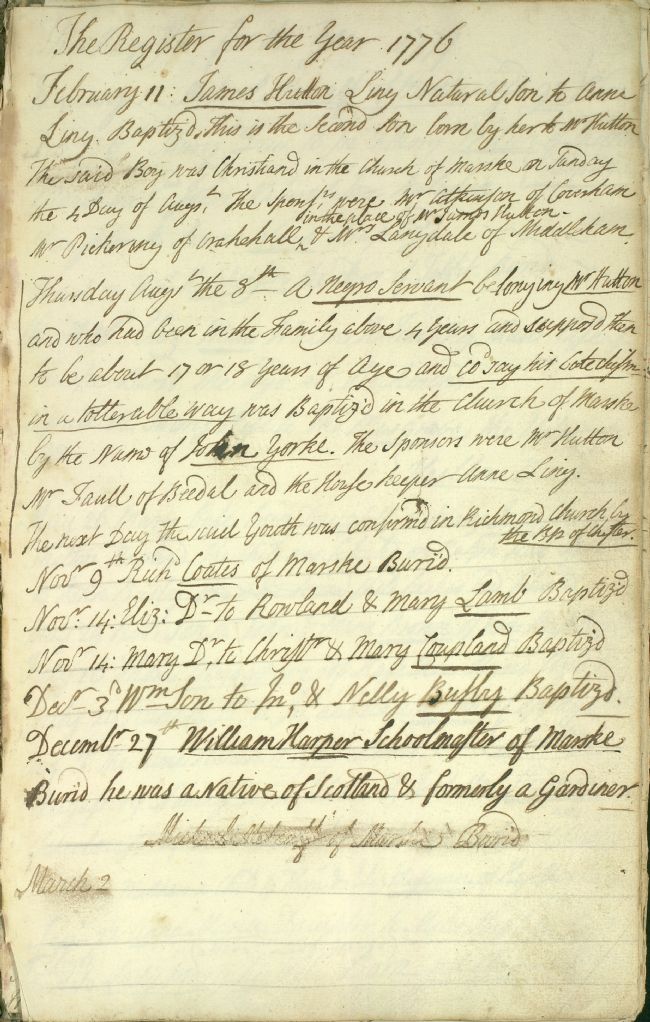 Nicholls was born in Barbados but became the Dean of Middleham. He wrote a letter of support to the Society for Effecting the Abolition of the Slave Trade. He may have helped to get voluntary contributions from people in Wensleydale in support of the abolition movement. In 1791 Nicholls testified to a Select Committee of the House of Commons enquiring into the slave trade.

The Terry brothers were from Askrigg and worked on the Island of Grenada from 1776 to 1790. John was an Overseer and manager of a plantation. He gave evidence to the Select Committee in 1791. Matthew Terry built Grenada House in Askrigg in 1782 after spending twelve years working in the West Indies as a book-keeper and overseer, land surveyor and colony surveyor. In 1791 he gave evidence to the Select Committee looking into the slave trade. 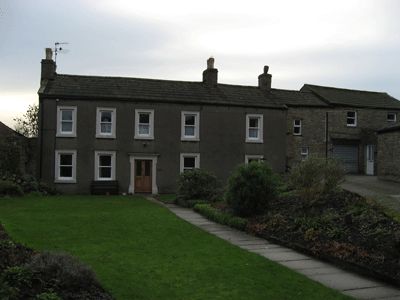 Enquire - to ask questions about
Enthusiastic - keen to do something
Graphic - realistic, probably not pleasant
Injustice - felt to be unfair, not right
Overseer - a kind of manager
Provincial - outside the cities
Renown - famous
Testify - to tell the truth about what you have seen in court
Theatrical - acting, or involving the theatre
Voluntary - to decide to do something for free