Often when there are ideas for new construction projects, like roads or power stations, people living nearby are unhappy about the effects the projects will have. Sometimes they decide to take action to try and stop the projects going ahead.

Farndale is a valley in the North Yorkshire Moors famed for wild daffodils. In 1967, the Water Resources Board announced plans which would change Farndale forever. It was to be flooded to create a reservoir to provide water to the people of Hull and Sheffield.

It would submerge twenty farm holdings, four farm houses and destroy one third of the 2,000-acre daffodil reserve.

People who lived nearby were unhappy about the plan and decided to take action. The 'Save Farndale' campaign was led by two local men, John Capron, a retired solicitor from Gillamoor and Matthew Clark, a farmer of Cropton, and the then MP for Thirsk and Malton, Robin Turton [later Baron Tranmire].

The 'Save Farndale' campaigners used lots of different methods to make people aware of the problem. They:

They also got together with other groups who believed in preserving the countryside, like the Council for the Protection of Rural England, the Youth Hostels’ Association and the Ramblers Association. Together with these groups they formed the 'Farndale Defence Committee'. 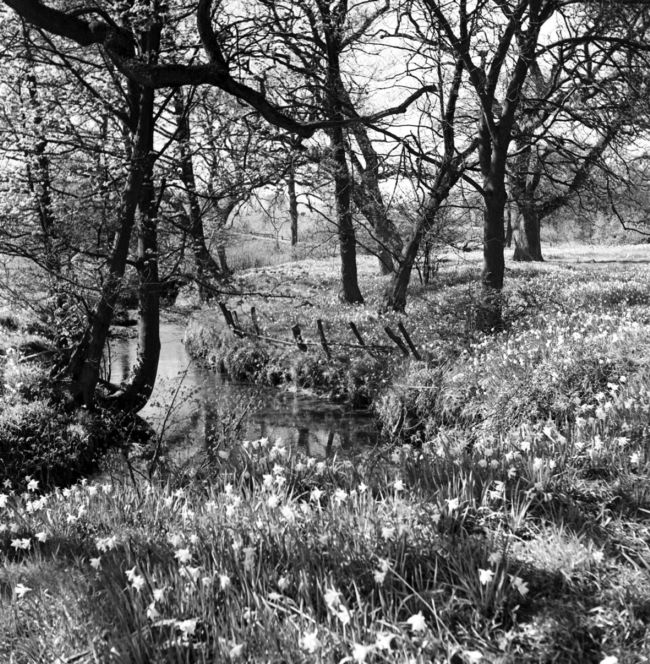 Finally, after five years of their hard work, Parliament rejected the bill to create the reservoir. The Farndale scheme was postponed, then formally laid to rest in 1988. Yet, without the efforts of local people, Farndale could have been a very different place.

Bill - plan sent to Parliament to change the law
Evidence - facts that help to prove something
Petition - a paper signed by people who want something to change
Postponed -put off until later
Proposed - suggested
Ramblers - people who enjoy walking in the countryside
Rejected - said no to
Reserve - protected area
Reservoir - a lake that people have made
Submerge - completely flooded, covered over with water
Next section