Carving of the Hindu God Garuda

Wooden Sculpture of a God That Gets Around! 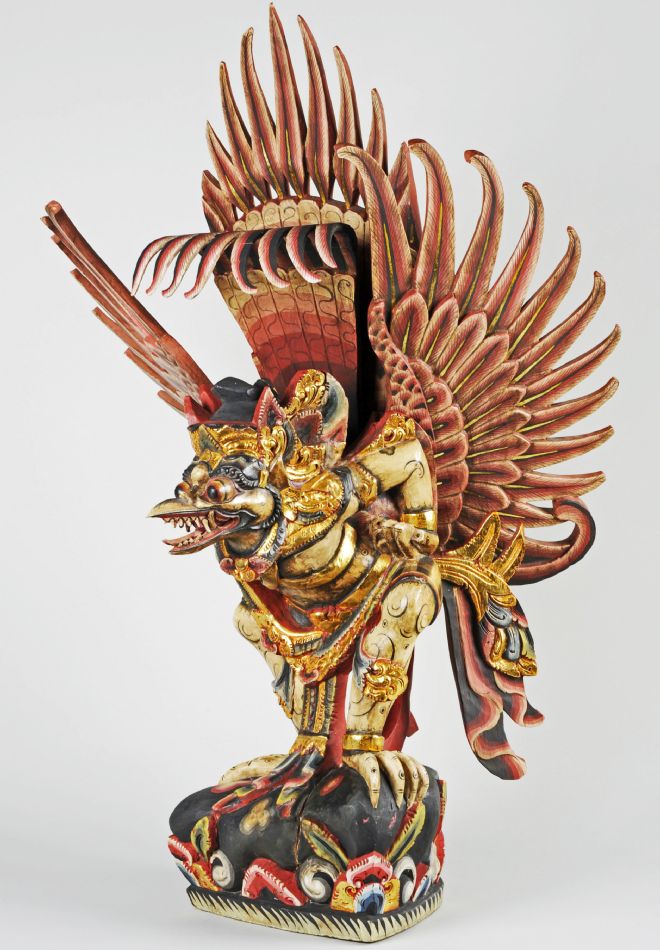 This wooden sculpture of a bird-like creature is found in many parts of South East Asia. In Thailand and Indonesia he is their national symbol, and is part of the Buddhist faith.

In India he is the god or deity known as 'Garuda' and is part of the Hindu group of gods. His job is to carry the important god Vishnu on his back and there are stories about him in the Hindu story called The Mahabaratha. You can see the canopy over his head - Vishnu would sit below this. 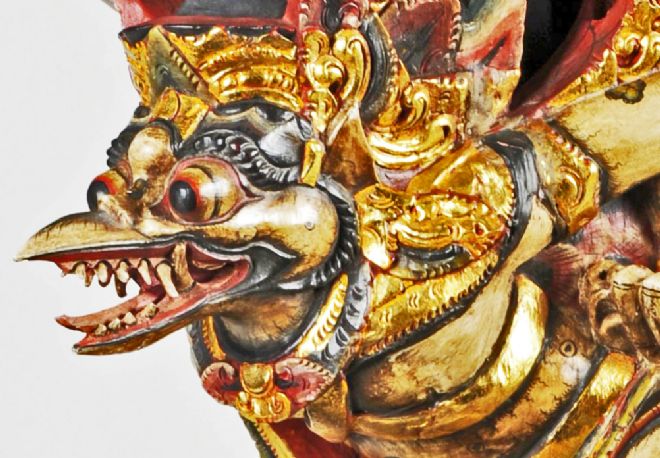 Sometimes a Garuda sculpture would be placed in the rafters of peoples’ houses. He is known for getting rid of snakes so that might be why!

Young persons response to this object:

Quite a scary character possibly to indicate the powers of the gods.  Group response from Young Consultants.