Imagine spending Christmas day without a tree or turkey, sitting in a muddy trench with strangers. Christmas was a particularly hard time for servicemen in the First World War, when they began to feel especially homesick and their morale suffered. A charity called the Overseas Club decided to supply men on the front line with Christmas gifts to raise their spirits.
In 1915, the charity sent out an appeal to schoolchildren, asking them to raise money so that gift boxes could be purchased and sent to servicemen. Sir Edward Ward, who was in charge of the Overseas Club, wrote to children, asking them to imagine ‘how unhappy [the soldiers] must be…when they have to stand hour after hour, in the trenches, often deep in water, with shells bursting all around.’
The money raised was used by the charity to fill the boxes with small, useful presents to make soldiers’ lives more comfortable, such as socks, chocolates and cigarettes (at the time people did not realise that smoking caused health problems). 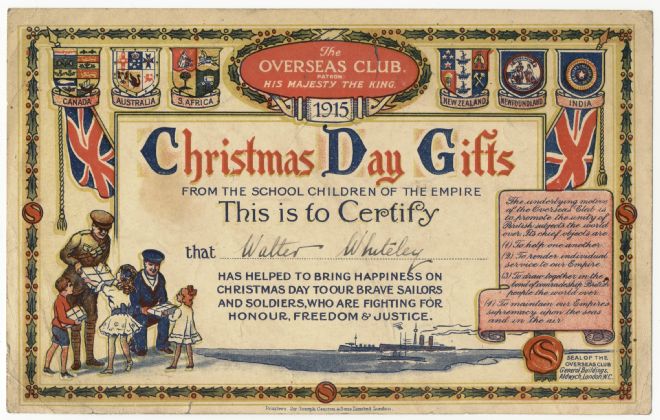 Certificate Sent to Children by the Overseas Club in WW1
Children who raised over a certain amount of money received a certificate praising their efforts. Walter Whiteley, a young boy from Sheffield was sent an Overseas Club certificate for his fundraising work in 1915 (pictured above). The certificate shows two children passing presents to a soldier and a naval officer. On the bottom left is a seal of approval and the aims of the Overseas Club are written out, including: ‘to help one another’ and to ‘draw together in the bond of comradeship British people the world over’. 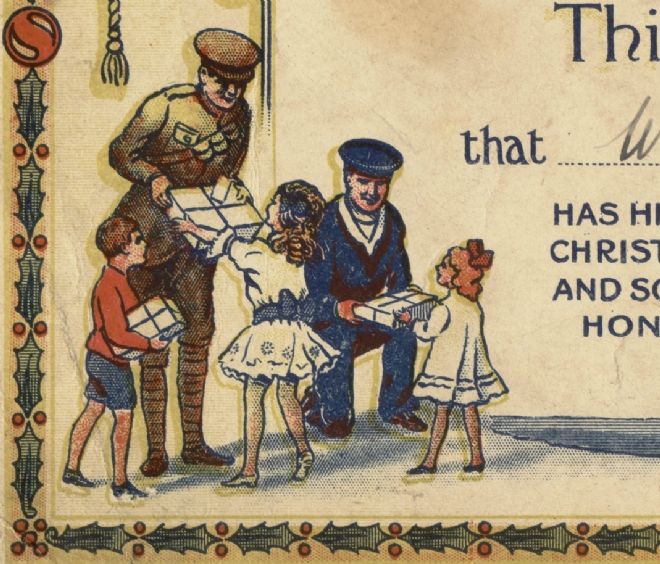 Detail from WW1 Overseas Club Certificate
As the appeal was a huge success it was repeated in 1916. A poster campaign claimed the need for donations was ‘very urgent’, with Christmas approaching, and that soldiers and sailors ‘will be wondering whether they are going to have some more presents…this year’. 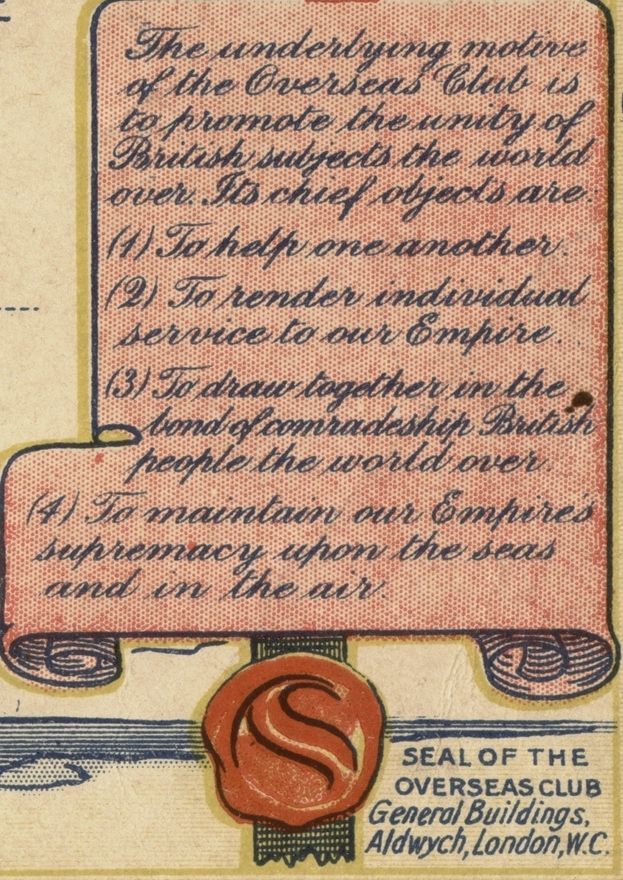