Communication in the Animal World

What communication is, why it’s useful, and the different ways in which animals communicate with each other
View resources Teachers notes Share View related stories
Add to board
Previous section
Make Some Noise - Auditory Communication

While it might not seem so at first glance, animals are able to communicate all sorts of information simply through how they look! Just think of the way dogs raise their hackles or cats arch their backs. Colouration, patterning and even certain body movements are all part of the complex dictionary of visual communication used by animals of all shapes and sizes. 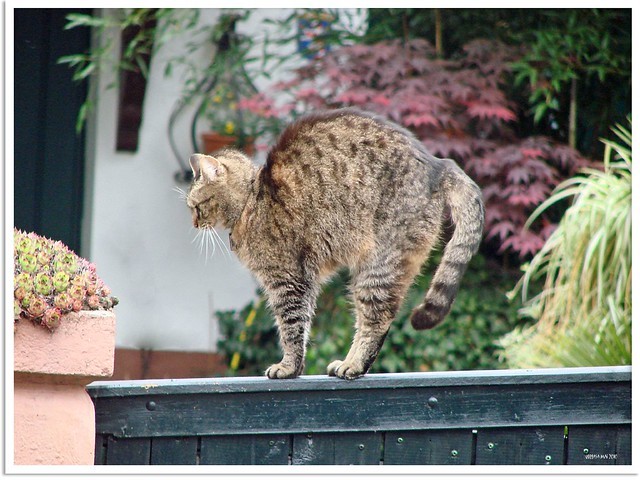 One of the most obvious displays of visual communication in the animal world might be the use of vibrant and contrasting colours to tell others that an animal is dangerous or toxic.

We see it in insects, like wasps, in snakes and even in marine animals like the blue ringed octopus. These danger messages warn off hungry predators and more inquisitive animals. 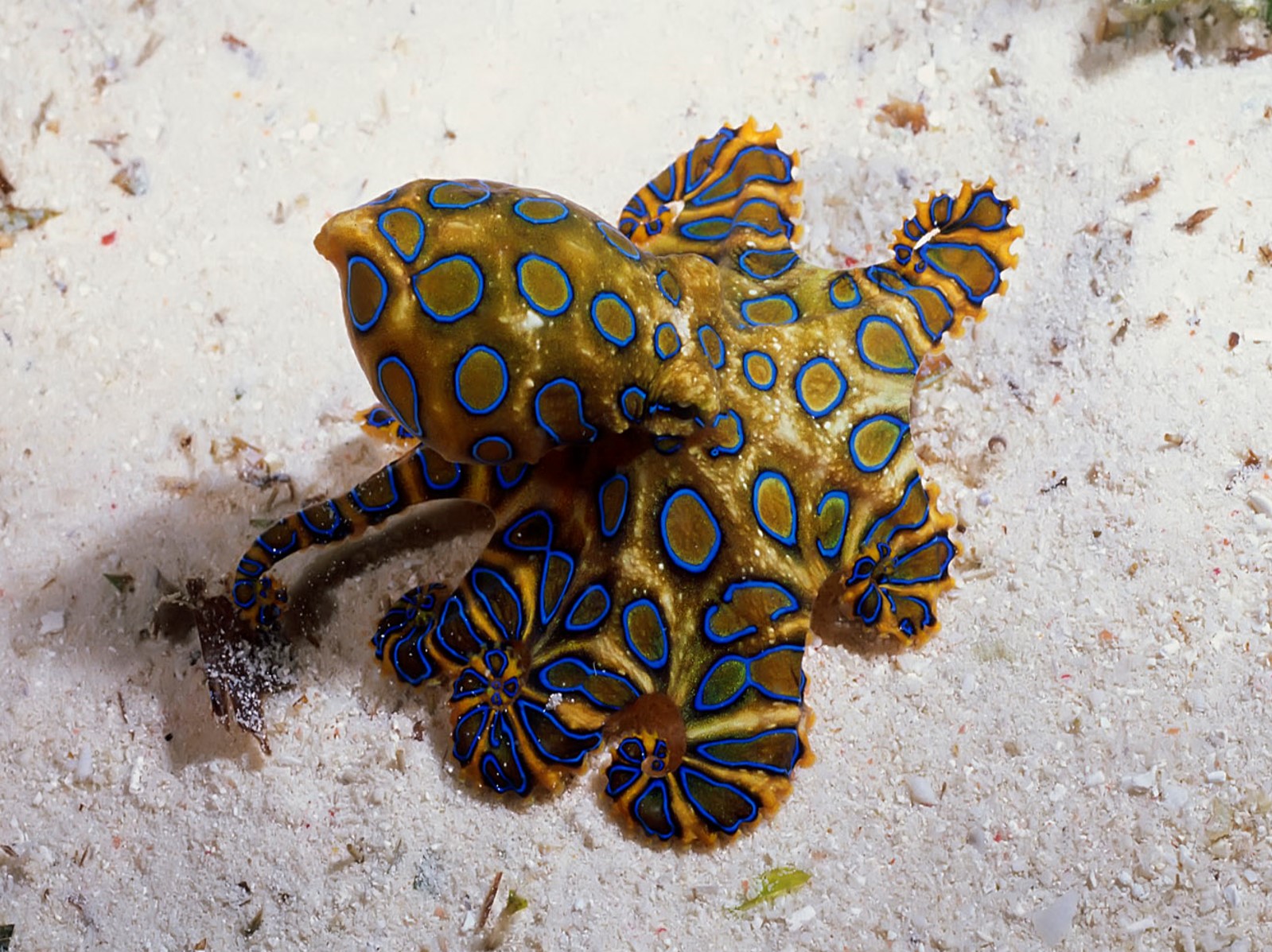 In the video below, Emily talks about the fascinating octopus and examines related artefacts from Leeds Museums & Galleries collection.

Many animals use visual cues to identify family group members. Some wasps have unique facial markings that differ from colony to colony, allowing them to spot intruders. Giraffes have spot patterns that are different between species and even between family groups, allowing them to recognise their relatives from a distance.

Within these family groups, visual markings might help indicate a hierarchy. Baby chimps, for example, have a big white tuft of hair on their lower back. This tells the other members of the group that they are young and still learning how to be a chimp, which means they can sometimes get away with being a bit cheekier than other chimps. However, this tuft disappears as they grow, and once it’s gone there’s much less room to ape around, and they can get in trouble!

Bird feathers are a more subtle type of visual communication, where males with bold, bright plumage indicate to females how healthy or strong an individual is, just like the huge and colourful tail feathers of male peacocks.

A fantastic example of stunning visual communication is seen in the birds of paradise, with their rich and vibrant colours that help them grab the attention of potential mates, which they show off in all sorts of wild dances and movements! 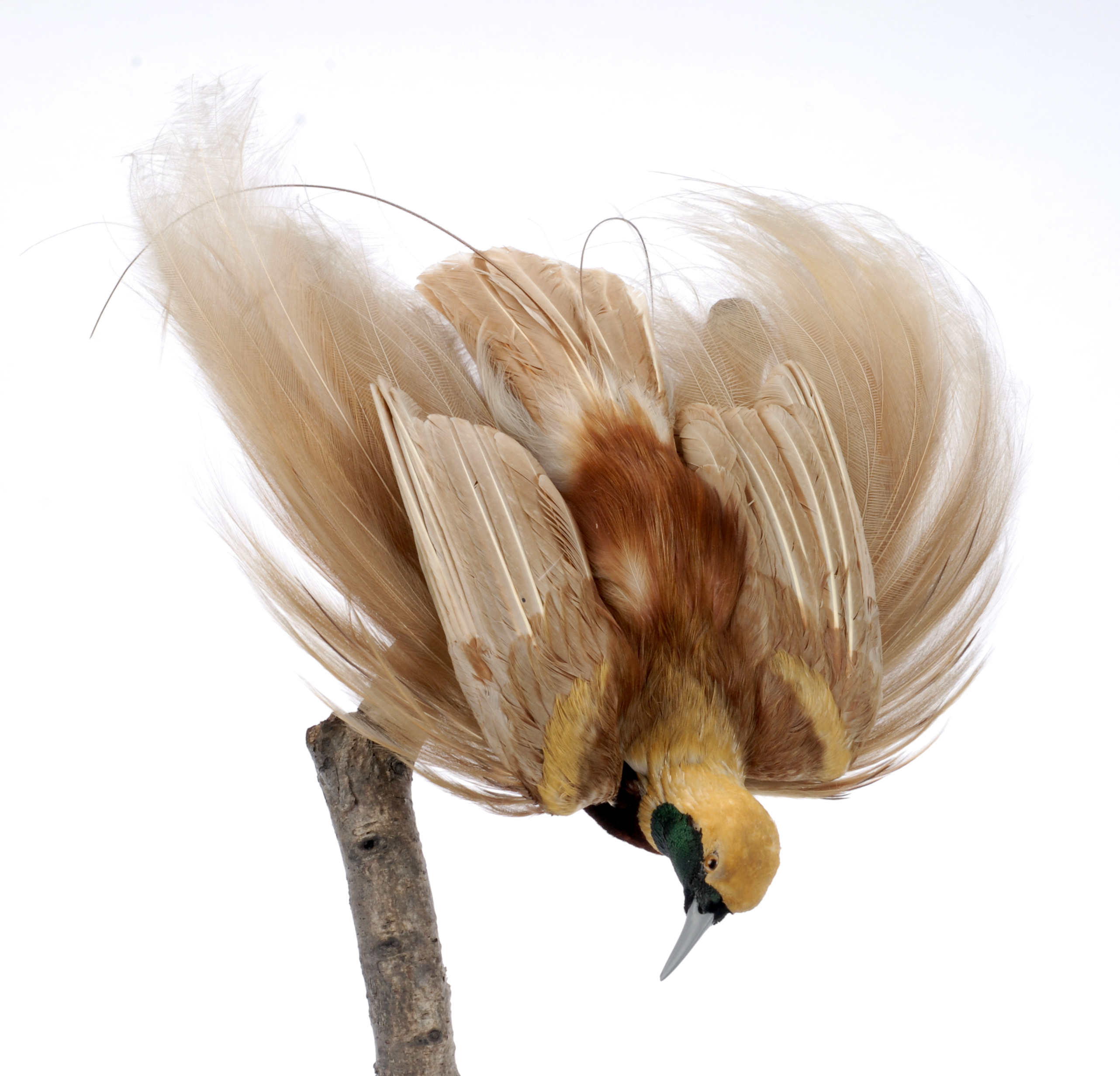 Peacock spiders are also well known for their elaborate dances designed to show off their fantastic colours and impress other peacock spiders.

Angler fish earn their name for the use of luminescent lure that attracts small fish in the deep ocean. The smaller fish swim over to investigate the light and once they get close enough, the Angler fish is able to catch them!

Many animals, from tiny insects to large mammals, use camouflage to hide from predators and from prey. Camouflage tries to communicate to any receivers that there is nothing to see at all! Insects that look like leaves, frogs that look like moss and even the colouration of penguins and other marine birds (light on the front and dark on the back to match the sky from below and the sea from above) are all ways in which animals are trying to communicate that they are no different from the plants and rocks and water around them.

Some animals take this ‘camouflage’ one step further, and actually look like different animals altogether! Batesian mimicry refers to animals that share colouration with a poisonous or dangerous animal but are no real threat themselves. The hope is that predators will mistake them for the truly dangerous species and leave them alone, sort of like putting on a scary costume.

The coral snake (on the left) is one of the most venomous snakes in the world, while the Mexican Milk Snake (on the right) is not venomous at all!

So, while many forms of visual communication might be more passive than other modes, they can communicate many different messages at the same, and that message can be interpreted differently by different animals, too.

Batesian mimicry – mimicry in which an edible animal is protected by its resemblance to one avoided by predators.