Some finished cloth products from Europe were transported back to clothe the enslaved workers who had farmed the raw product. Blue checked cottons were just one of many types of hard-wearing cottons that enslaved Africans on plantations would wear. Other fancier textiles also returned to sites of the raw material, as objects for trade. Cotton cloth was shipped from Europe to Africa, or Africa to America or America to Africa. This illustrates the scale and inter-connectedness of the transatlantic trade route. It shows just how complicated trade routes were – they were vast. 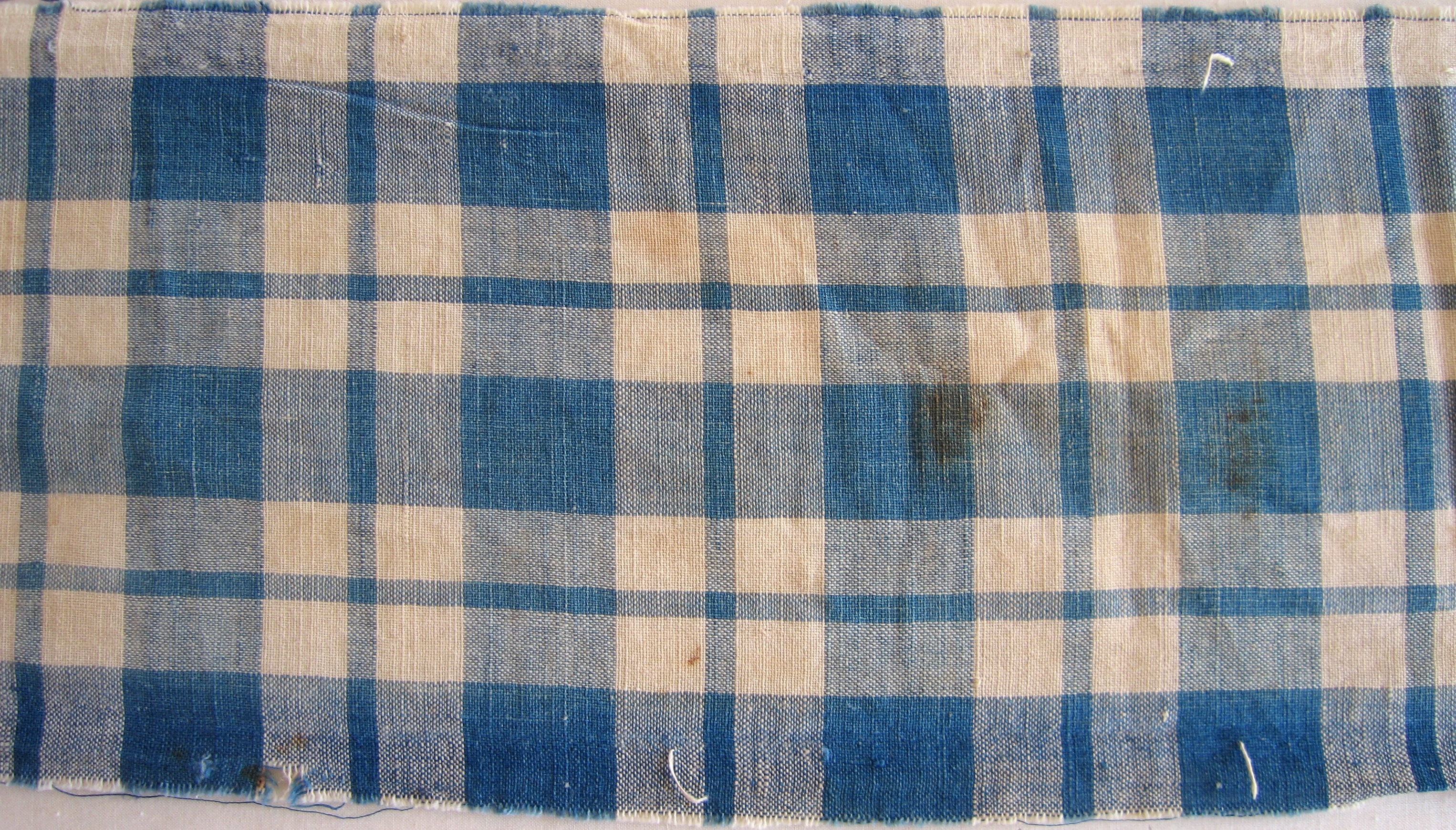 Often we think about globalisation and an international marketplace as being a relatively new concept. Yet the transatlantic triangular trade route shows us otherwise. The long voyages lasted several months, even years, trading goods from one part of the world to another. It may have taken much longer to receive goods than it does today, but the interconnectedness of continents via trade has a long history.

Other materials used for making clothes that were traded along these routes including precious metals like gold and silk for thread, animal furs, ivory and flax. These materials were also traded for human lives by White European enslavers. This continued until the enslavement trade was outlawed in 1807, with slavery made illegal throughout the British Empire in 1833.