How has our attitude to crime and punishment changed since the 1700s?
View resources Teachers notes Share
Add to board
Previous section
Before the modern police force in Leeds

Crime and punishment in Victorian Leeds

Like many other places in Britain during the Victorian period, Leeds experienced a big increase in crime. Offences such as stealing, drunkenness and fighting were rising dramatically and something had to be done about it.

The first police force was created by Sir Robert Peel in London in 1829. His police officers, known as Peelers, had short wooden sticks called truncheons that they used against anyone who resisted arrest.

The Peelers uniform was a long blue coat, white trousers and a top hat. Blue was chosen to make the police look different from the army in red coats. Peelers had to wear their uniform at all times, even off duty. 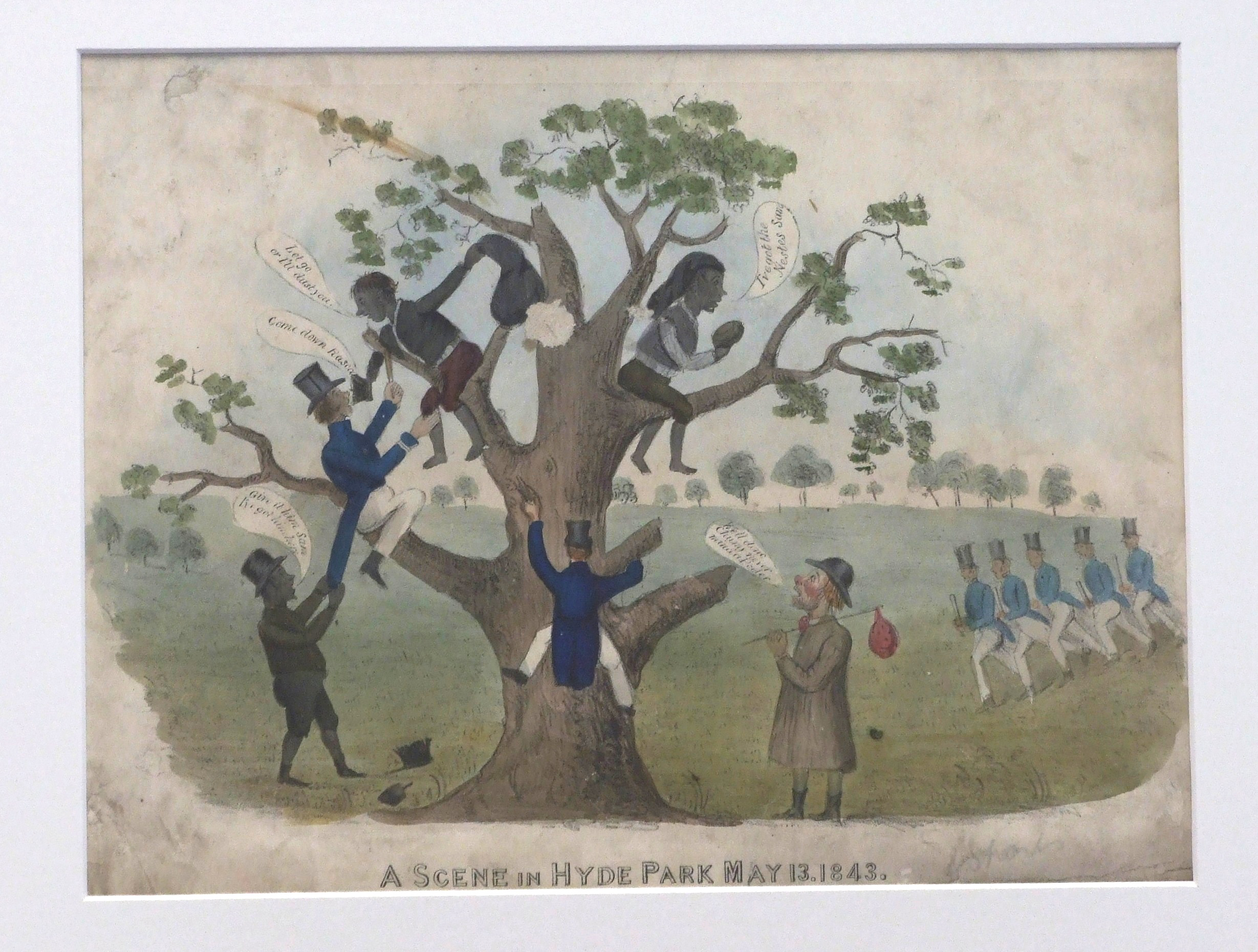 Watercolour painting from 1843: Chimney Sweeps up a Tree with Police in Hot Persuit

Not all towns took up the right to have a police force. There was no central funding so it was mainly the big new industrial towns like Manchester, Birmingham and Leeds.

The Leeds Police Force was created in 1836.

In Manchester there were special laws against dog fighting & bear baiting

In Leeds there were special laws against swearing on the 'Lord’s day' (Sunday). 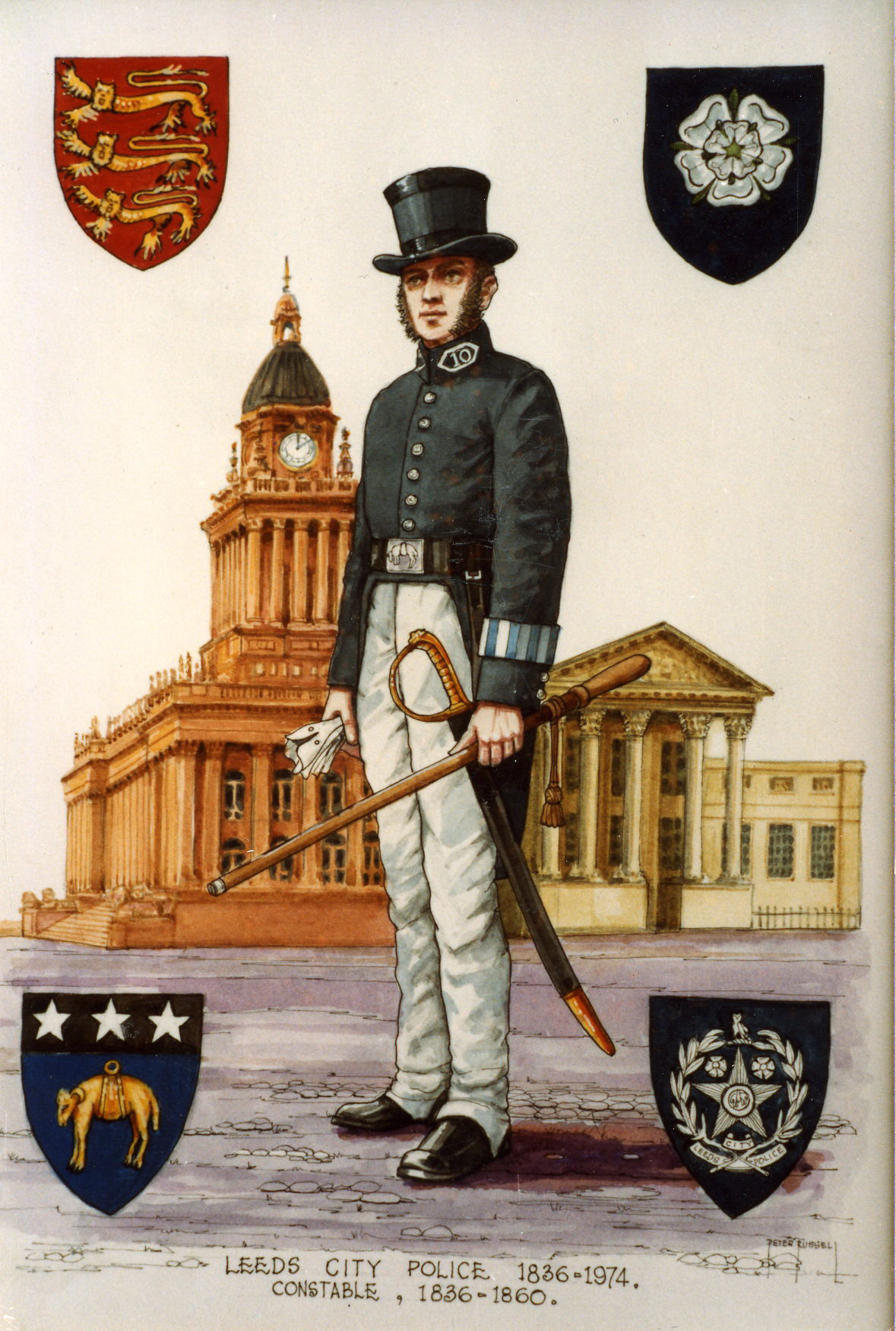 The Leeds police recruits had to between 21-35 years old, 5ft 7ins tall and be able to read and write.

The first police station was opened in Mill Street in 1850, by which time there were 33 day police and 100 night police. 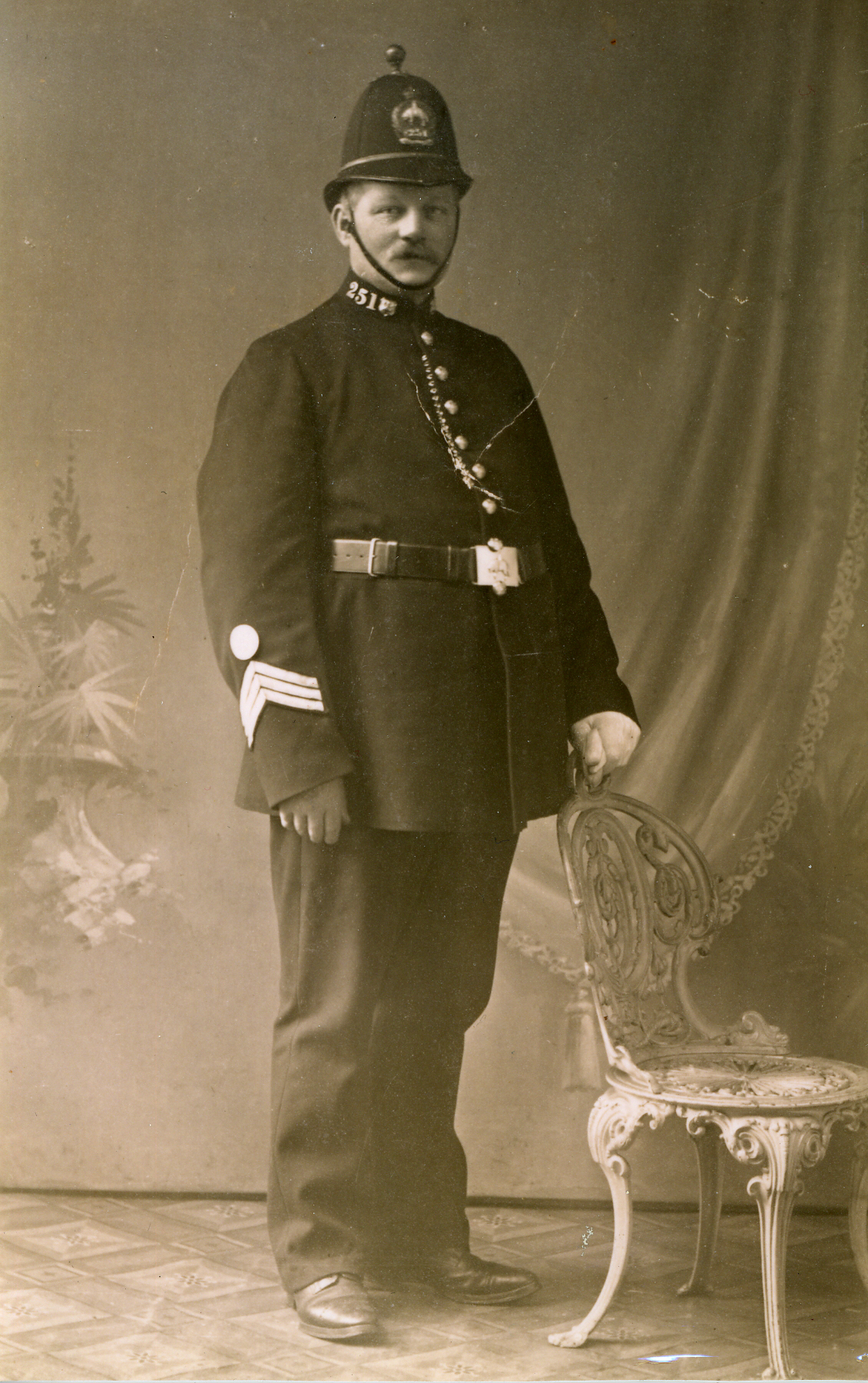 John William Horner who served in the Leeds police 1864-1914

The first woman police constable was recruited in 1918.

By 1936 there were 731 men and women in the Leeds Police, and the number of violent street crimes had decreased.

The Victorians believed that criminals should be punished very harshly. Offenders were often transported to Australia and for really serious crimes, like murder, criminals were executed.

Prisons were small and often overcrowded so new ones had to be built. Leeds’ first prison in Armley was built in 1847. It was a large stone structure and each inmate had their own cell where they were expected to be completely silent.

The Victorians believed that a prisoner’s life should be made as hard as possible to stop them ever committing another crime in the future. 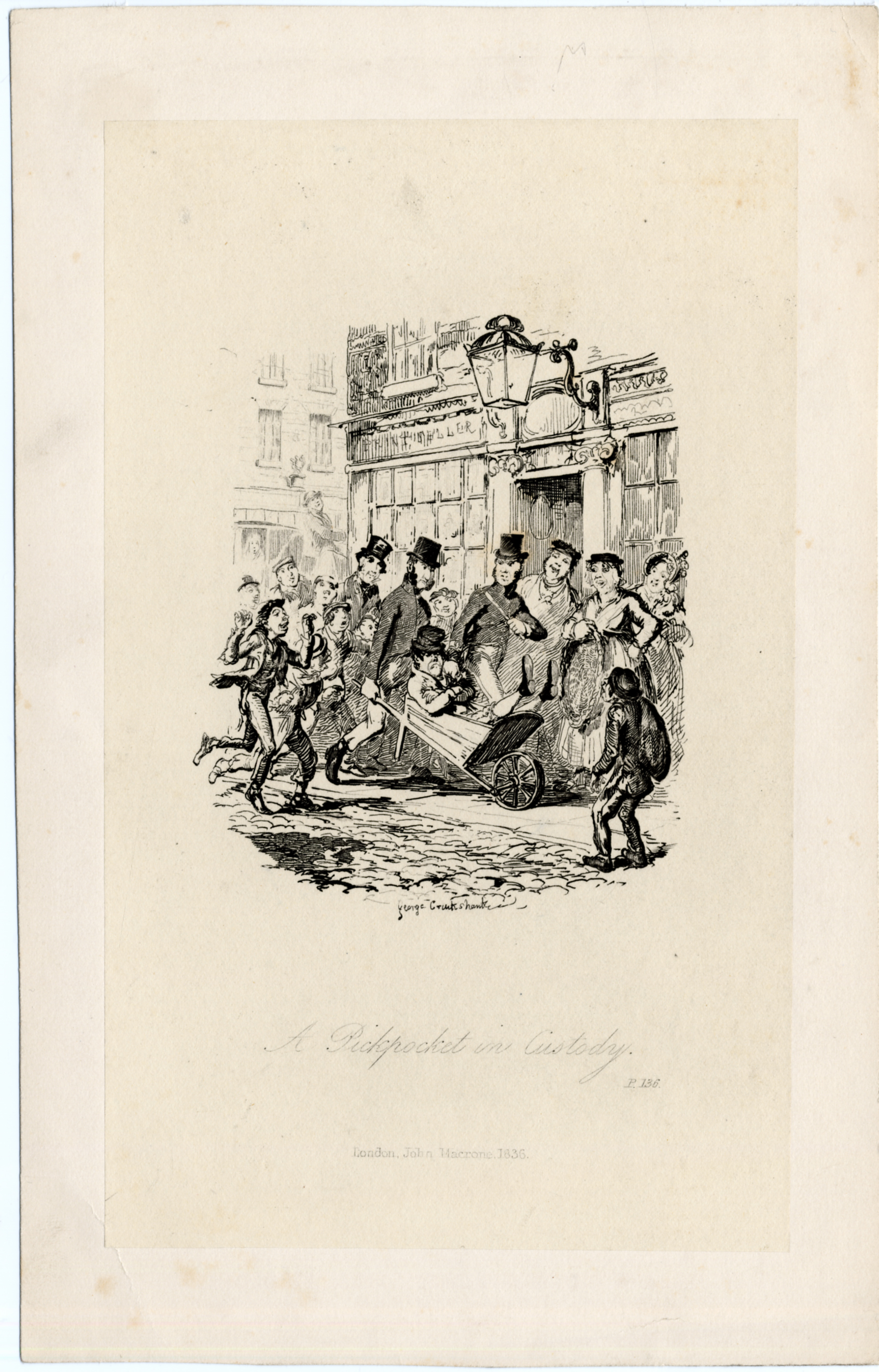 ‘A Pickpocket in Custody’ engraving by George Cruickshank 1836

They experimented with different types of prison rules:

The separate system – Under this system prisoners were kept separate from one another. They spent most of their time in their cells on their own and when they were let out they had to sit in particular seats or made to wear masks. This meant that they could not even look at each other. Many prisoners suffered from extreme mental health issues under these conditions.

The silent system – A different system called ‘hard labour, hard fare, hard board’ was introduced in the 1860s. What do you think this meant?

The idea behind this was to break the habits of a criminal by keeping them in silence and making them work long hard hours, often for no point.

The first court trials in Leeds