The first court trials in Leeds

Poster from Leeds Assizes showing the High Sherriff in his carriage, accompanied by two policemen in top hats. 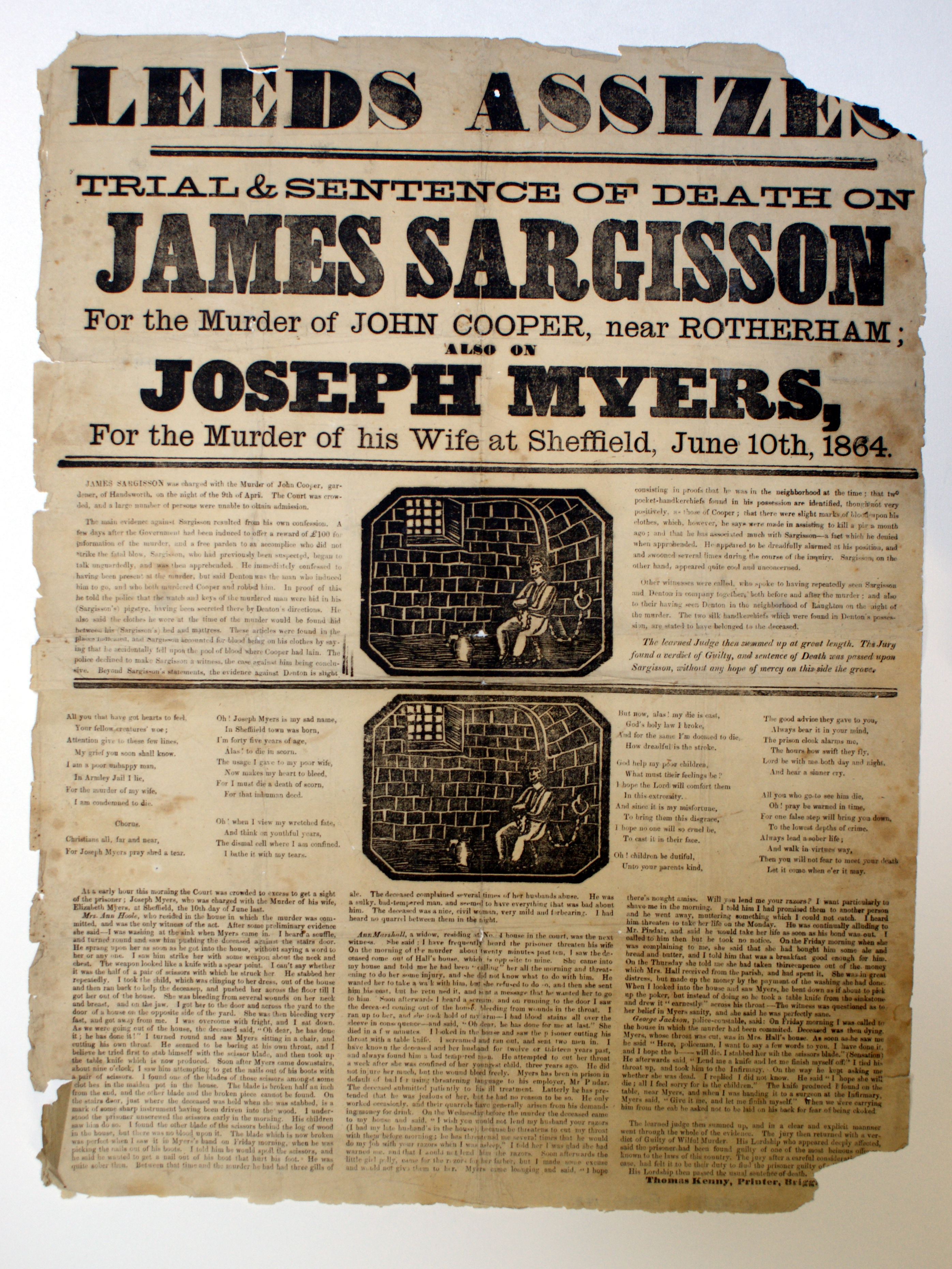 Poster of the Leeds Assizes from June 1864

On the 6th August 1864 the first court hearing for people accused of crime was held in Leeds. Before that people had to be tried in a York court hearing. The poster from the first Leeds Assizes shows the programme for the trial.

Out of the 67 cases listed, only six were from the Leeds area. Have a look at some of the other crimes listed – there are some strange ones!

Although both men were sentenced to death for murder, the document shows more sympathy for Joseph Myers. Sargisson’s crime involved murder as part of a cold-blooded robbery and he had attempted to lay the blame on his accomplice.

Joseph Myers’ was a case of domestic violence fuelled by drink. His wife had just managed to get him released for a previous assault against her and it was argued that he was a ‘good-natured fellow when he was sober, but that wasn’t very often’.  He murdered her in a frenzied attack with a pair of broken scissors, and then tried to cut his own throat.

The bill includes the words to a ballad, ‘Christians all, far and near, For Joseph Myers pray shed a tear’. The ballad was set to music by Leeds folk singer Jon Rennard in the 1970s. You can hear the ballad here.

The hangings took place at Armley Gaol on 9th September 1864. The executions did not go as planned with Sargisson taking several minutes to die and Myer’s self-inflicted throat wound re-opening to gory effect.  No further public executions took place in Leeds and the next hanging at Armley Gaol was not until 1875, eleven years later.