How has our attitude to crime and punishment changed since the 1700s?
View resources Teachers notes Share
Add to board
Previous section
The first court trials in Leeds

During Victorian times it was the more wealthy middle classes who were worried about keeping law and order because they felt that the working classes (poorer people) should ‘know their place’. This meant that they came down really hard on working class criminals, sometimes very unfairly.

You can imagine this annoyed some people and there is one famous story in Leeds of the working classes fighting back, called the Dripping Riot.

In January 1865, Henry Chorley, a surgeon and magistrate, sent his cook, Mrs Stafford, to Armley prison for a month for stealing a small amount of dripping from his kitchen.

The working classes protested because they thought the length of time she was imprisoned was unfair. They sent letters to Chorley and sang insulting songs about him. On the day that Mrs Stafford was released a large group gathered outside Mr Chorley’s house in Park Square and threw orange peel at the windows. That evening a crowd of about 2000 people gathered outside the Town Hall shouting and jeering to make their point.

Riots often happen when a group of people feel that they are being treated unfairly. Throughout its history Leeds has had several riots, often happening in the same areas. Below is a list of some of the most famous riots in Leeds.

1753 The Turnpike Riots - a crowd attacked a meeting of magistrates at the Kings Arms on Briggate, to protest the new fee they had to pay to use new roads. A troop of dragoons was called to control the crowd. This became known as the Turnpike Riots and 37 people were killed or wounded.

1842 The Chartist and Plug Riots in Holbeck and Hunslett

This riot happened when Leeds council tried to break a Gasworker’s strike by bringing in labour from London and Manchester. Over 15,000 people supported the gasworkers’ side and there was heavy fighting with police and the army. 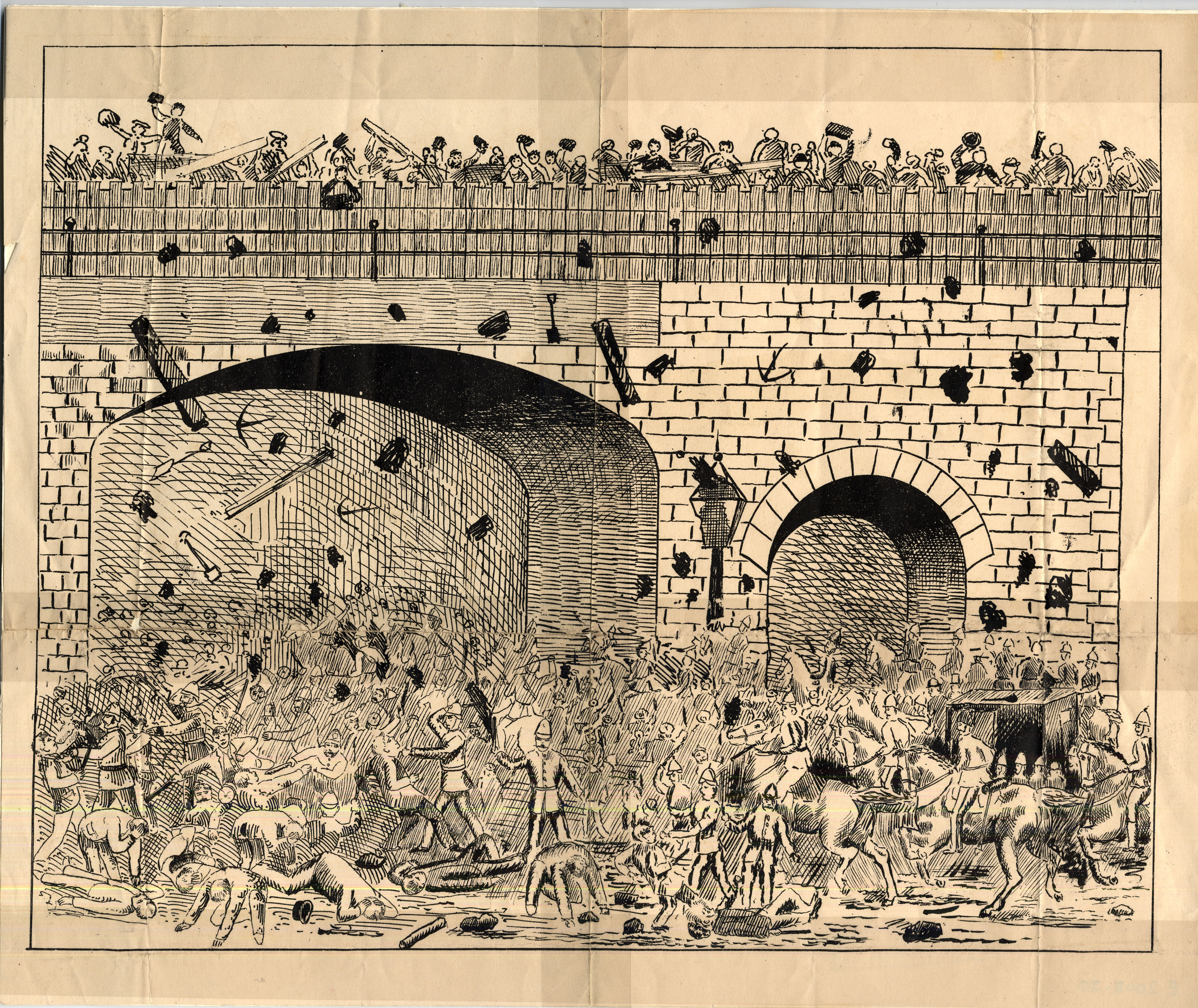 1936 The battle of Holbeck Moor

One of the most famous riots that happened at a time of racial tension. Riots were happening in Liverpool, Birmingham and London.

Find out more about the Leeds riots in this interactive map.