The use of the guillotine in Halifax, England
View resources Teachers notes Share View related stories
Add to board

The guillotine was used in England before it was introduced into France, and was known as the Halifax Gibbet - a device for execution. 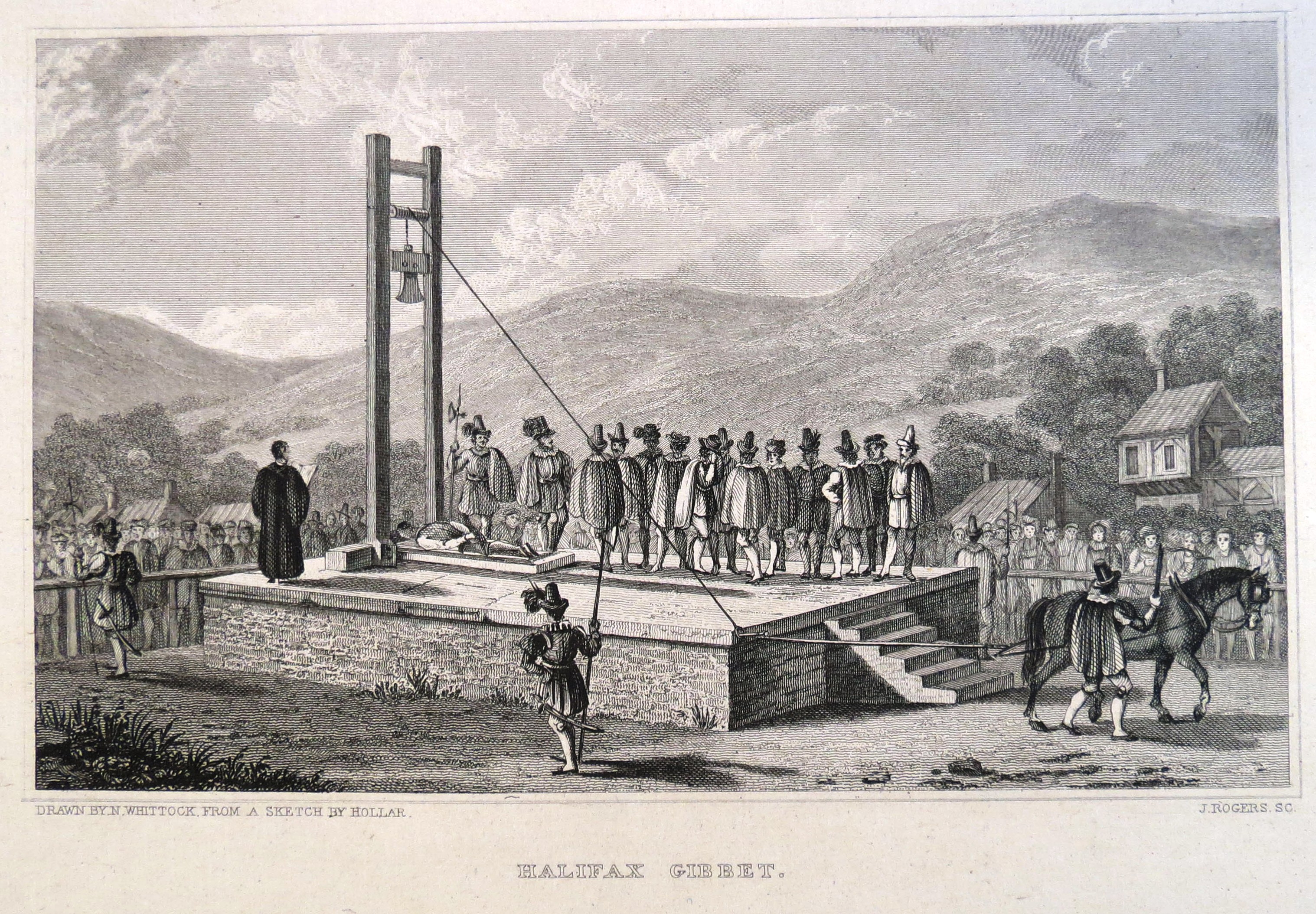 It is not known when the Gibbet Law of Halifax was first introduced, but it has been traced back as far as 1280, when introduced to Halifax by the Earl of Warrene. The Gibbet was believed to have been put in place first to stop cattle thieves, but was later used to stop and punish cloth stealers. Records of executions date as late as 1650.

The inhabitants of the forest of Hardwick (which was part of the Parish of Halifax) had the custom, that, if a felon was taken within their liberty with goods stolen out or within the liberty of the said forest, either handhabend, backberand, or confessand, of the value of thirteenpence halfpenny, he should, after three markets, or meeting days, within the Town of Halifax, next after such apprehension, be tried, and being condemned, be taken to the Gibbet, and have his head cut off from his body.
(Source: Halifax Gibbet Law, from 'The County Words', May 1870)

The accused would be presented to the Lord Bailiff. At the trial the accuser and accused were brought before the jury with the stolen goods. If the person was found not guilty they were allowed to go free. If found guilty they were to be executed. If it was market day then the subject would be executed immediately, as all executions took place on market days. If it was not a market day, they would be placed in the stocks with the stolen goods placed on their back. 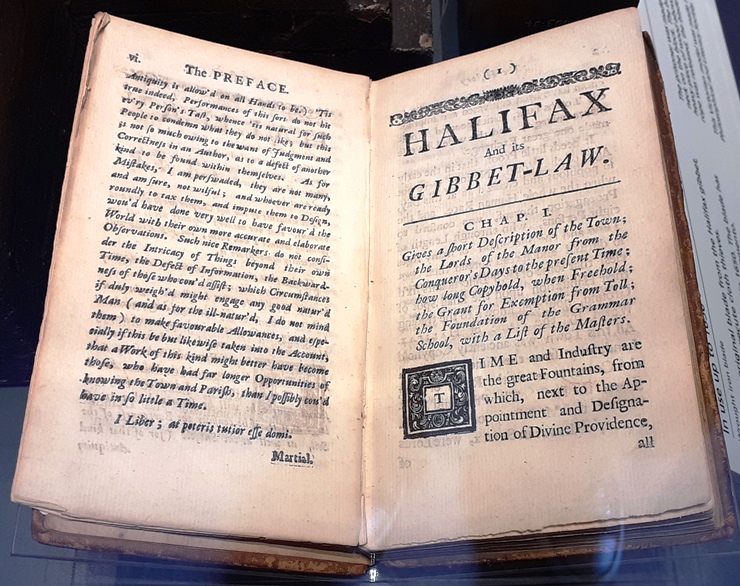 Handhabend - a thief who was found having stolen goods in their possession, ‘having in their hand’
Backberand – used often with the word above, again meaning having stolen goods in their possession, ‘bearing upon their back’
Confessand - to admit that you have done something wrong or something against the law.
Stocks - The stocks were hinged wooden boards placed around the ankles and wrists. They were used as public punishment and the victims in them could find themselves insulted, kicked, tickled or spat on.

The Gibbet in Action