The use of the guillotine in Halifax, England
View resources Teachers notes Share View related stories
Add to board
Previous section
The Gibbet in Action

By 1650 public opinion considered beheading to be an excessively severe punishment for petty theft, and use of the Gibbet was forbidden by Oliver Cromwell, Lord Protector of the Commonwealth of England. The Gibbet was subsequently dismantled.

The stone base was rediscovered and preserved in about 1840, and the (non-working!) replica that can be seen today was created on the site in 1974.

The names of the 52 people known to have been beheaded by the device are listed on a nearby plaque.

The Gibbet’s original blade has been preserved and is on display at Bankfield Museum, Halifax. 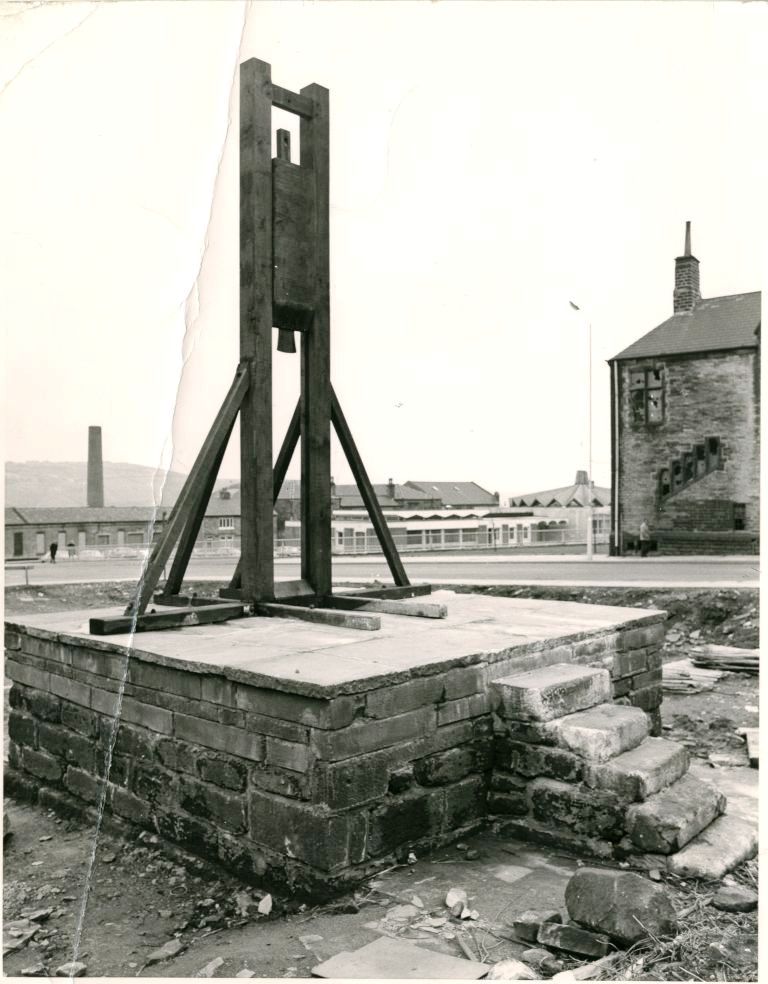 Site of Halifax Gibbet in 1974
Next section