Names are important in natural science. The names given to animals and plants by scientists reflect what they are, and how they relate to other species. Names are also used to honour people, and can reflect colonial history. Some scientific names used today honour people with money and power (almost always white men) who held racist views, were involved in slave trading, or other oppression of black people.

For example, Twinleaf plants (Jeffersonia), a mammoth (Mammuthus jeffersonii), a ground sloth (Megalonyx jeffersonii), and a scallop (Chesapecten jeffersonius) have all been named after Thomas Jefferson, the third US president, who owned and traded slaves. Leeds Museums and Galleries’ collection includes specimens of a variety of the mineral Augite, named Jeffersonite. In comparison, there are no animals or plants named after Sally Hemings, a slave ‘owned’ by Jefferson, and thought by some to be the mother of some of his children.

While some animals and plants are named after historical white figures, some species are named using racial stereotypes or slurs. The common names of several plant species, for example, include racist words. 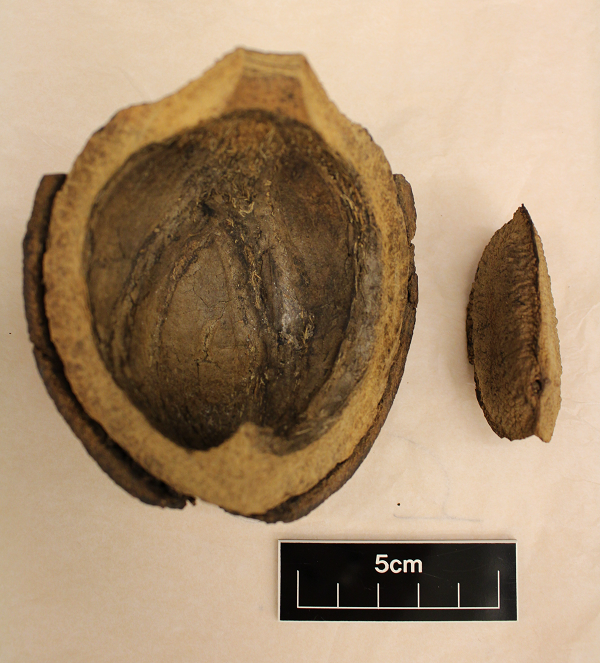 Individual animals may be named in ways which reflect colonial attitudes, or other racist views.

The natural science collection at Leeds Museums and Galleries includes the skin and skeleton of a Western Lowland Gorilla. He was kept as a pet in the former French Congo (now Republic of Congo) by a colonial administrator, along with a female gorilla. The young gorillas were named Mo Koundje and Moina Massa, thought to mean Little Chief and Little Lady in a local Congolese language. Using a native language to name the gorillas may simply have been a mark of respect to colonised Africans, or an acknowledgement of the gorillas’ home country. However, it is also possible that Mo Koundje’s name was meant to mock the appearance of the local people living under colonial control, perhaps even a specific local tribal chief. Unfortunately, gorillas are still used as the basis for racist abuse today.

See Supporting Links for Learning Stories about Mo Koundje and the classifying and naming of species.

The Role of Natural Science Curators