Leeds Civic Hall and the King

The King, the hall and the lights – why is the Civic Hall an important place?

Did you know that over 80 years ago, the then King of England made a special trip to Leeds for the grand opening of an important building in our city centre? Have you seen it before? It’s the Leeds Civic Hall.

In 1933, King George the Fifth travelled over 200 miles from London to be the guest-of-honour at the grand opening of Leeds Civic Hall – the beautiful building on Millennium Square in our city centre that is surrounded by bright golden owls. 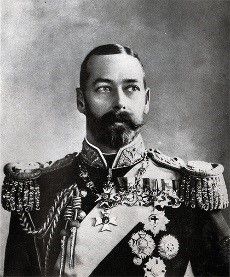 Photo of King George the Fifth

When he arrived at the building on a wet, rainy day, he loved what he saw and thought that the building was spectacular. But as he looked around he saw something that he really didn’t like! When the King went into the main council chamber of the building he looked up at the big lights on the high ceiling and said loudly,

“These lights have to go! I do not like them at all”.

So, after his visit, and whilst the King was travelling back to London, the workmen set about taking down the lights. Once the lights had been removed there was another problem. The room was now too dark! The workmen came up with a brilliant solution. As the room had lots of windows, they put up big lights outside, pointing through the window.  Now when it gets dark and the lights are switched on, the room is bathed is bright light pouring in through the windows.

Even if you visit the council chamber today, over 80 years later, there are still no lights inside the room!

The History of Leeds Civic Hall