A Brief History of Children’s Books

Books aimed specifically at children are not a modern invention, but the way that they are written, and the subjects they cover, have developed significantly over time!

In Europe in the 13th to 18th centuries, children’s books were all about teaching good manners and were crammed full of ‘dos and don’ts’. As you might imagine, this didn’t necessarily make for a very interesting or entertaining time for the children reading them! For historians now however, these books give valuable insight into what kind of behaviours were common at the time. For a family hoping their child might join the royal court of a medieval king for example, they would need to know the following etiquette:

‘Bulle not as a bene were in thi throote’ (don’t burp as if you had a bean in your throat). 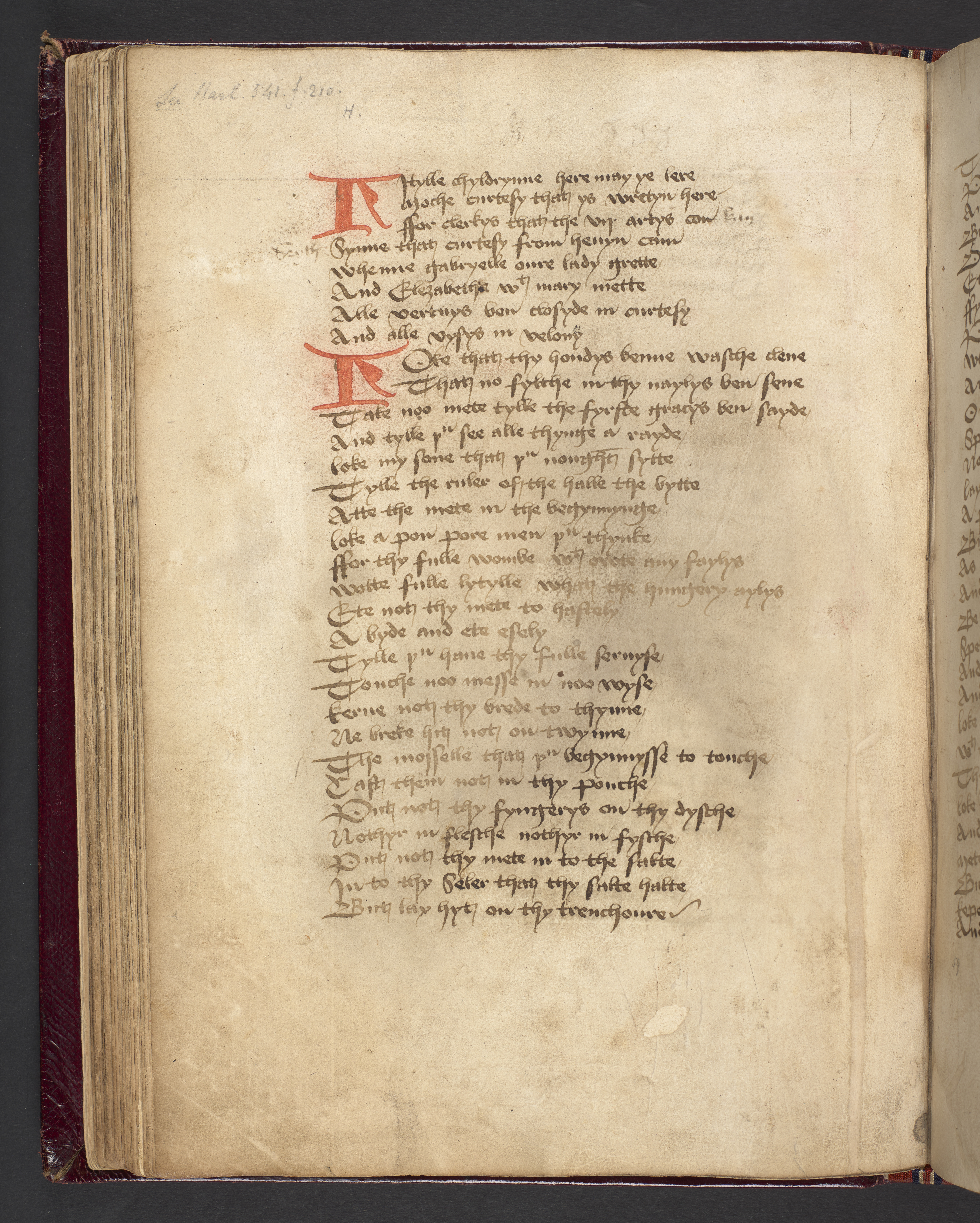 Page from the ‘Little Children’s Book’

While the theme of teaching children good manners largely remained the same, by the 18th and 19th centuries the dry and boring lists of ‘things not to do’ had been replaced with stories. In these stories or moral tales, the child characters did ‘bad’ things, and as a consequence, bad things happened to them. They contained lessons about how to behave – but increasingly these stories also aimed to entertain children at the same time.

In the early 1800s a London bookseller and publisher realised that books written specifically for children was a growing market that he could take advantage of. He developed a range of books aimed at teaching children to read. The genius twist to his idea was to create the books in miniature size, making them instantly appealing to young children. They were encouraged to practice their reading by using the Infant Library to read out loud to their dolls. 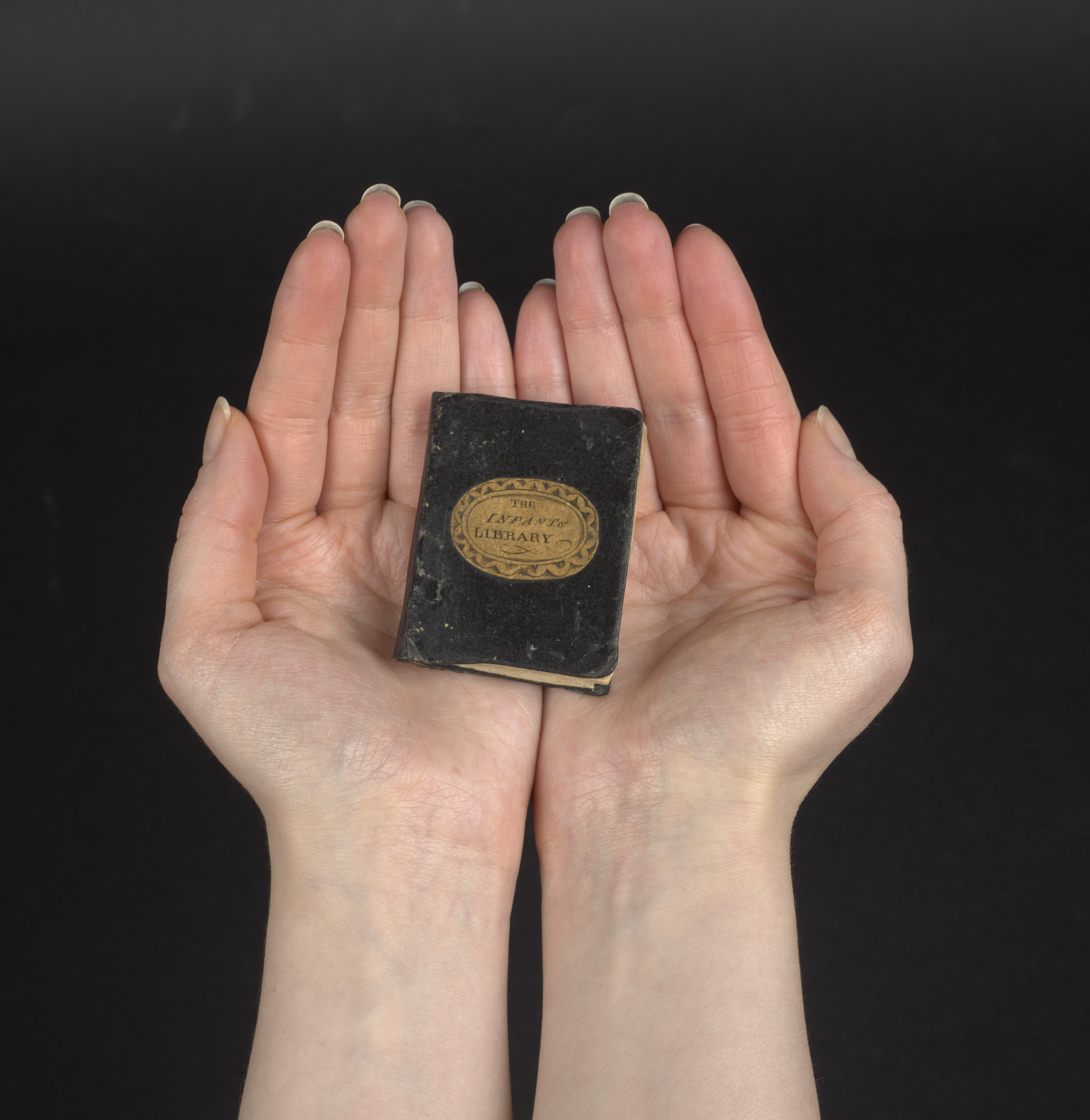 In 1830, a 14 year old Charlotte Brontë created a miniature book complete with three stories set in fictional ‘Glass Town’ in West Africa. Hand stitched into a brown paper cover, the miniature book was written for some toy soldiers given to Charlotte’s younger brother. In total, Charlotte and her brother and sisters wrote six of these tiny books, complete with drawings, advertisements and contents pages. Five of the originals survive as part of the Brontë Parsonage Museum collection. 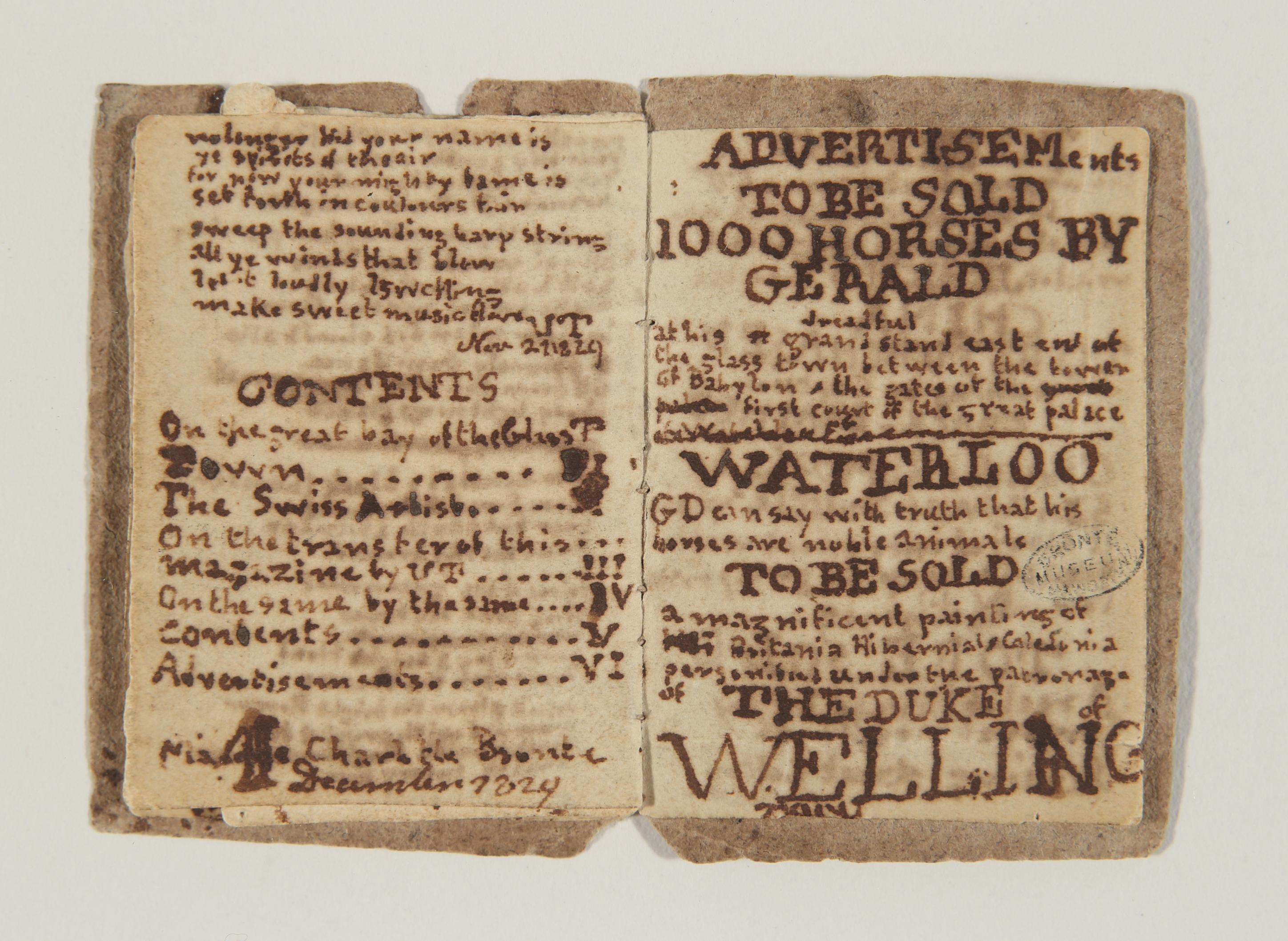 The stories in Charlotte’s miniature book are very different from those featuring in courtesy books or the infant library. In one scene, a killer who is being haunted by his victims goes mad, creating a fire in his mind which become real, burning his bed curtains.

Today, children’s books come in all shapes and sizes and cover all kinds of themes. They can help us learn how to read, but also to learn about ourselves and the world around us. Books are an opportunity to experience life through someone else’s eyes. 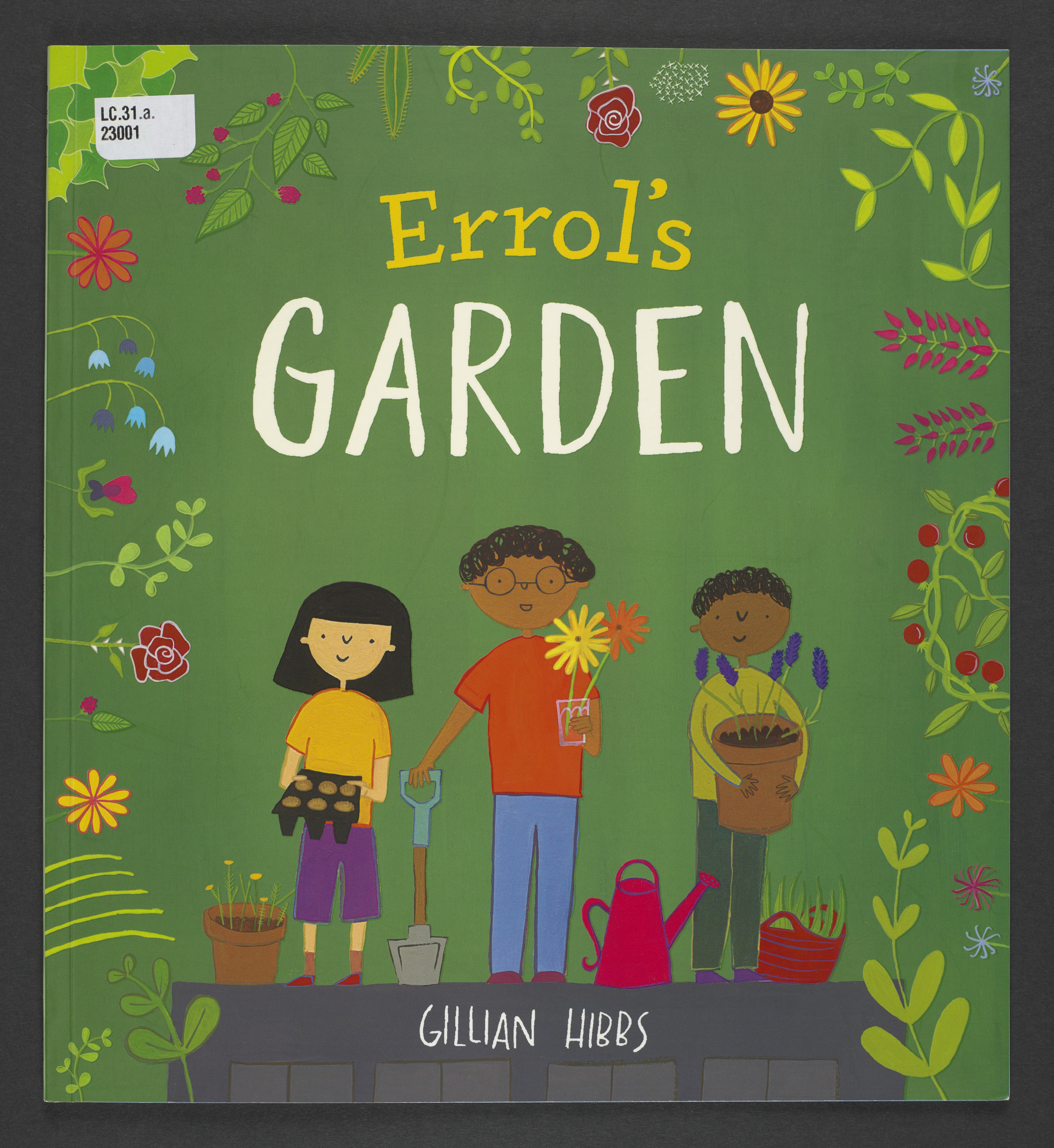 Children can feel a range of emotions, follow characters on sometimes dangerous adventures, and explore themes that can be difficult to talk about like loss, grief and anger, all from the safety of a story. Reading can also be simply for pleasure, for firing the imagination, exploring new worlds and ideas, and suspending reality for a while.