When we think of a book, we usually think of flat pages sandwiched between thicker covers. But books are a very flexible format, and authors have been experimenting with creative ways to tell stories for hundreds of years.

Pop-up and moveable books were originally designed exclusively for use by adults. Some monks in the 13th century used revolving paper wheels to calculate when the holy days fell. The same technology was used in astronomy to show the changing night sky, and to create cipher discs and write coded messages. In the 14th century, lift-the-flap type moveable books became especially popular in academic texts, helping medical students to learn human anatomy.

In the mid 18th century, a style of book called ‘tunnel books’ became popular. These were designed to be opened out, concertina style, to produce a three dimensional structure. Holes in each page, allowed the viewer, looking in from the front, to see the whole scene in multiple layers. Tunnel books were often sold as souvenirs of events or places. 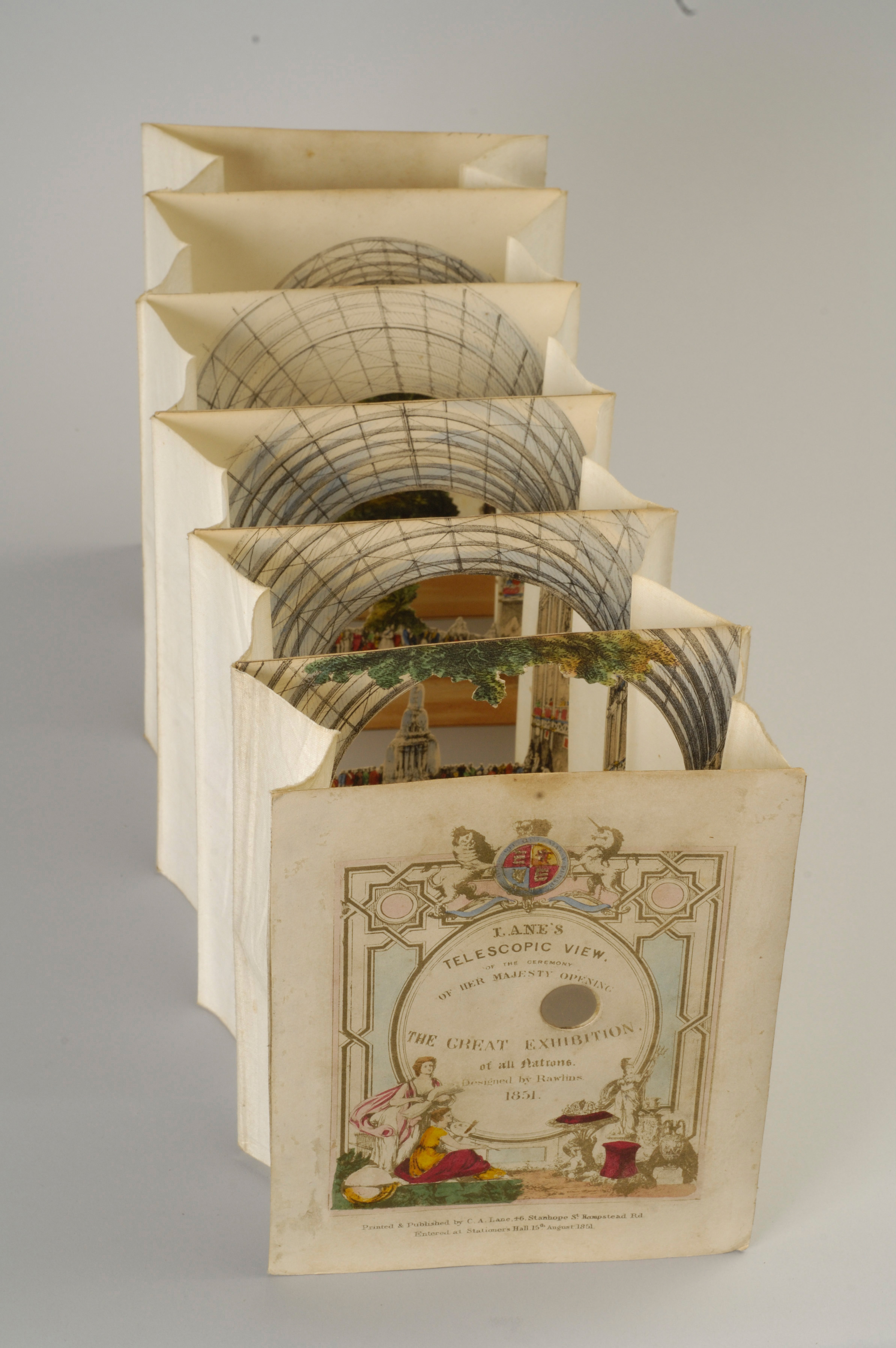 In the 19th century there was an emergence of more moveable books for children and sophisticated paper engineering techniques. A new style of ‘moveable’ book was developed, where it was the characters themselves that moved. These were also known as ‘slot books’. 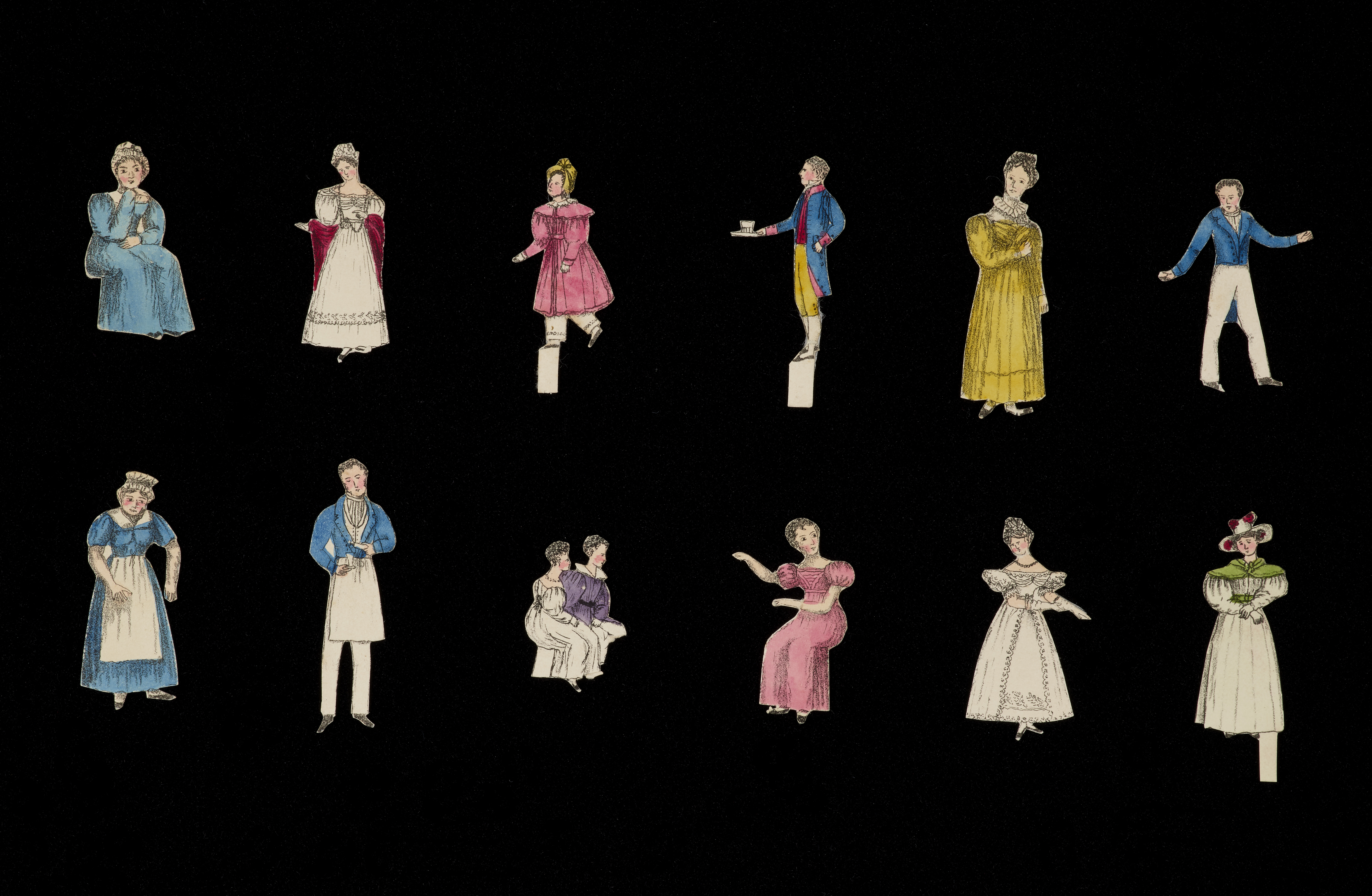 Paper Figures From 1830 Book ‘The Paignion’

These books were illustrated with background scenes and featured slits cut into the pages. Paper dolls were then slotted into the cuts to populate the scenes, allowing children to use the book to make up their own stories. 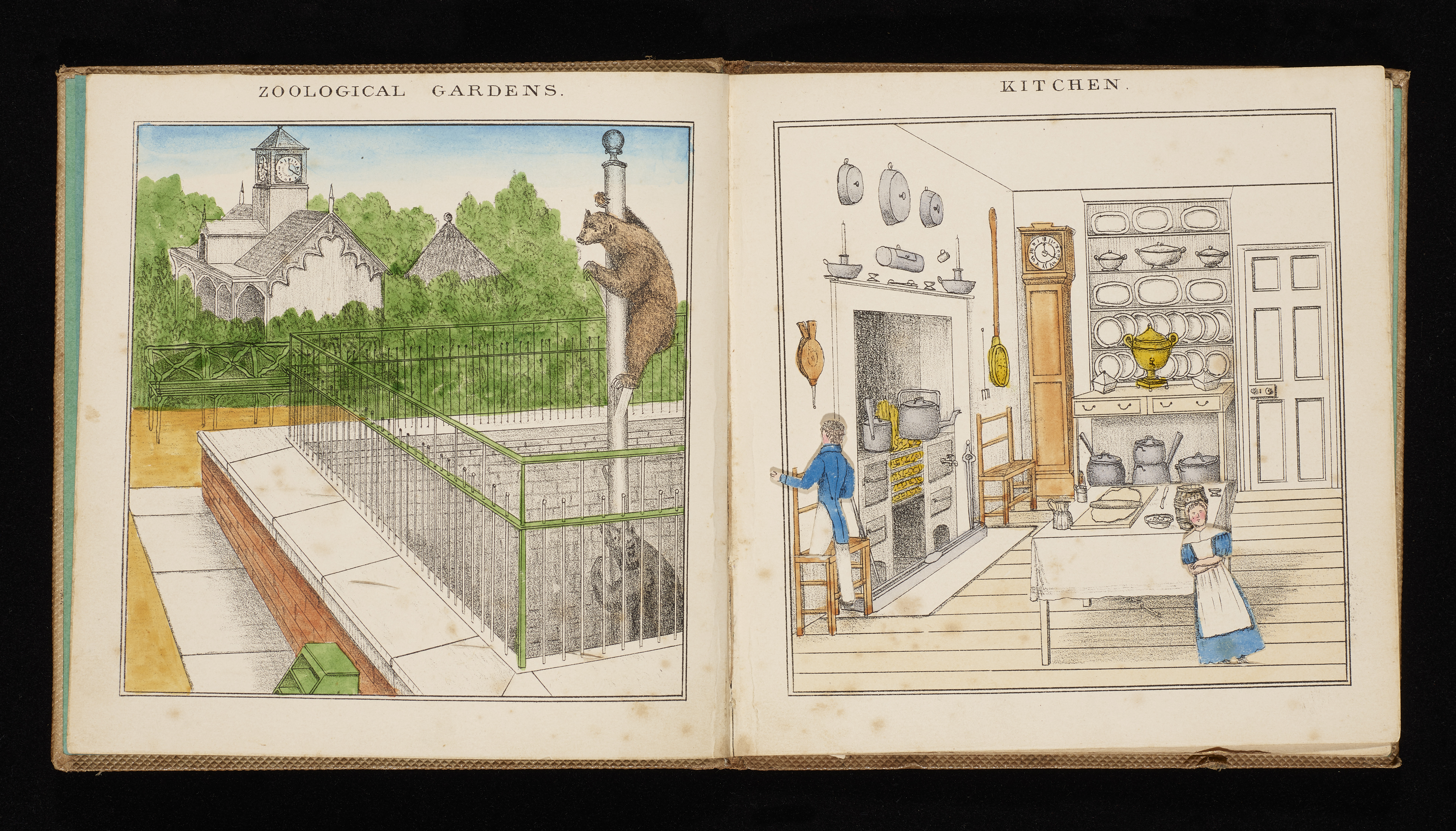 Sound effects add an extra layer of entertainment to storytelling, and provide a fun way for younger readers to interact with a book, especially when they are too young to read the story for themselves. Modern noisy or musical books use tiny speakers to make and share a dizzying variety of sounds, but  one of the first books to use sounds used a very different technology. 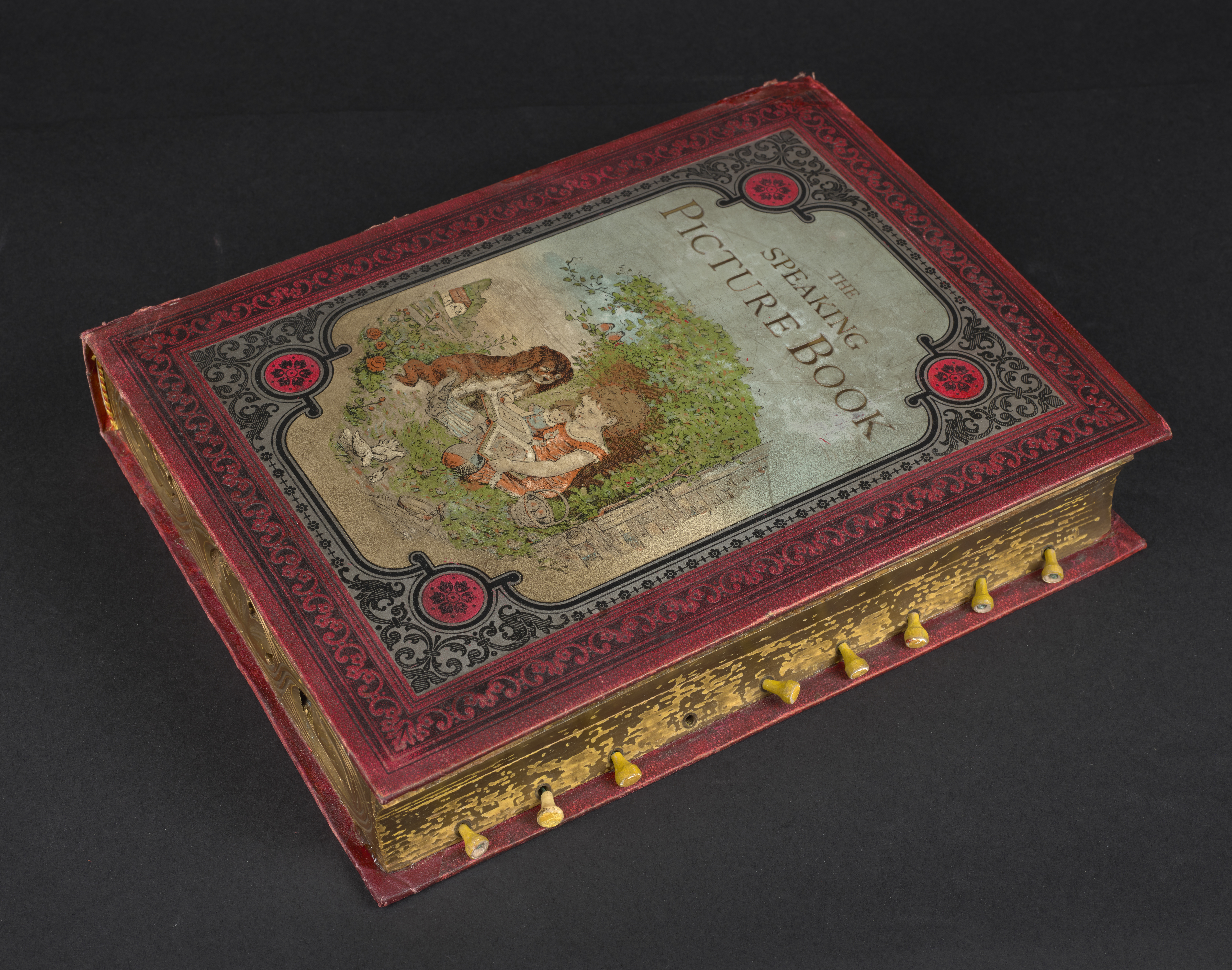 'The Speaking Picture Book' was made in Germany in 1893 and sold in Britain. It features eight full colour illustrations, each with its own associated sound effect. The sound is created by pulling then releasing one of the cords at the side of the book. This opens up a folded paper bellow hidden inside the book. When the cord is released, the bellow collapses, forcing the air out and across paper reeds, creating the sound.

This technology was rare in a book at the time, and 'The Speaking Picture Book' was an expensive novelty toy available only for the children of rich Victorian parents.