Nursery rhymes are found in nearly every part of the world. Historically they were part of oral tradition, being sung or chanted, and only later were they written down. They are short, easy to remember, and many are designed to make you laugh.

Published around 1744, this tiny book is unusual because rather than containing stories or rhymes aimed at instructing children in ‘good’ behaviour, the rhymes are just for fun and entertainment. The book measures just 7.6 x 4.4 cm, and only a single copy is known to survive. Inside, each poem is accompanied by an illustration, which makes this tiny book an even bigger treasure.

Some of the rhymes featured in the book are still familiar with children today, like the one pictured below, ‘Hickory, Dickory, Dock’. 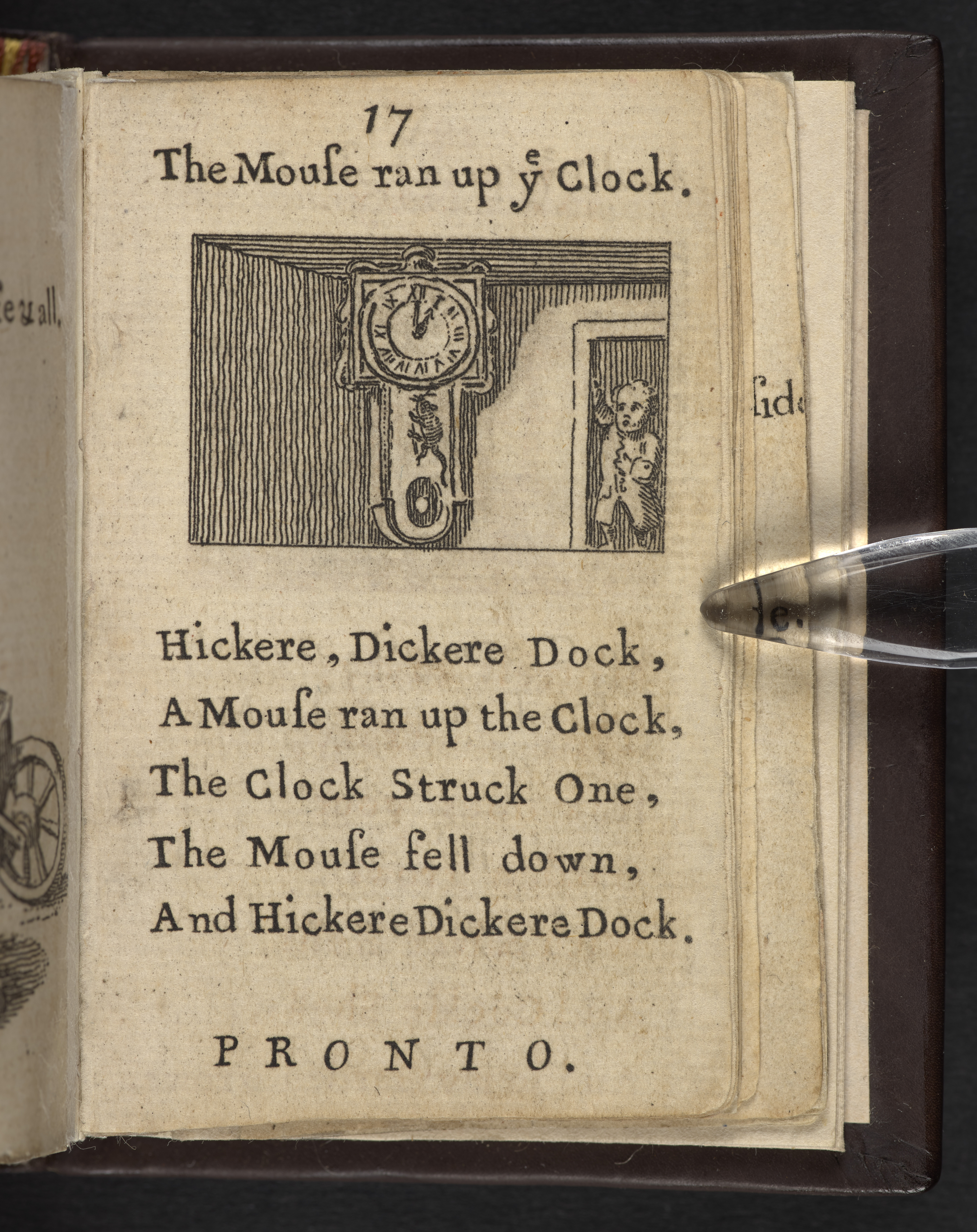 Others, like the one below, are not so much in popular use today (but perhaps they should be!)

Despite being over 300 years old, the humour in this rhyme still speaks to us today, and provides an opportunity for modern readers to find a connection with those who lived in the past.

'Over the Hills and Far Away'

Often the same rhyme will be found in different countries around the world, in slightly different forms, reflecting the local culture, community and language or dialect. The book ‘Over the Hills and Far Away’, edited by Elizabeth Hammill, is a treasury of nursery rhymes, and features 150 rhymes gathered from countries and cultures across the world - including Britain, Australia, Canada, New Zealand, the Caribbean, South Africa and Ghana, as well as those from Maori, Native American, First Nation and Inuit cultures. The book is illustrated by a diverse range of artists, reflecting the cultural scope of the rhymes. 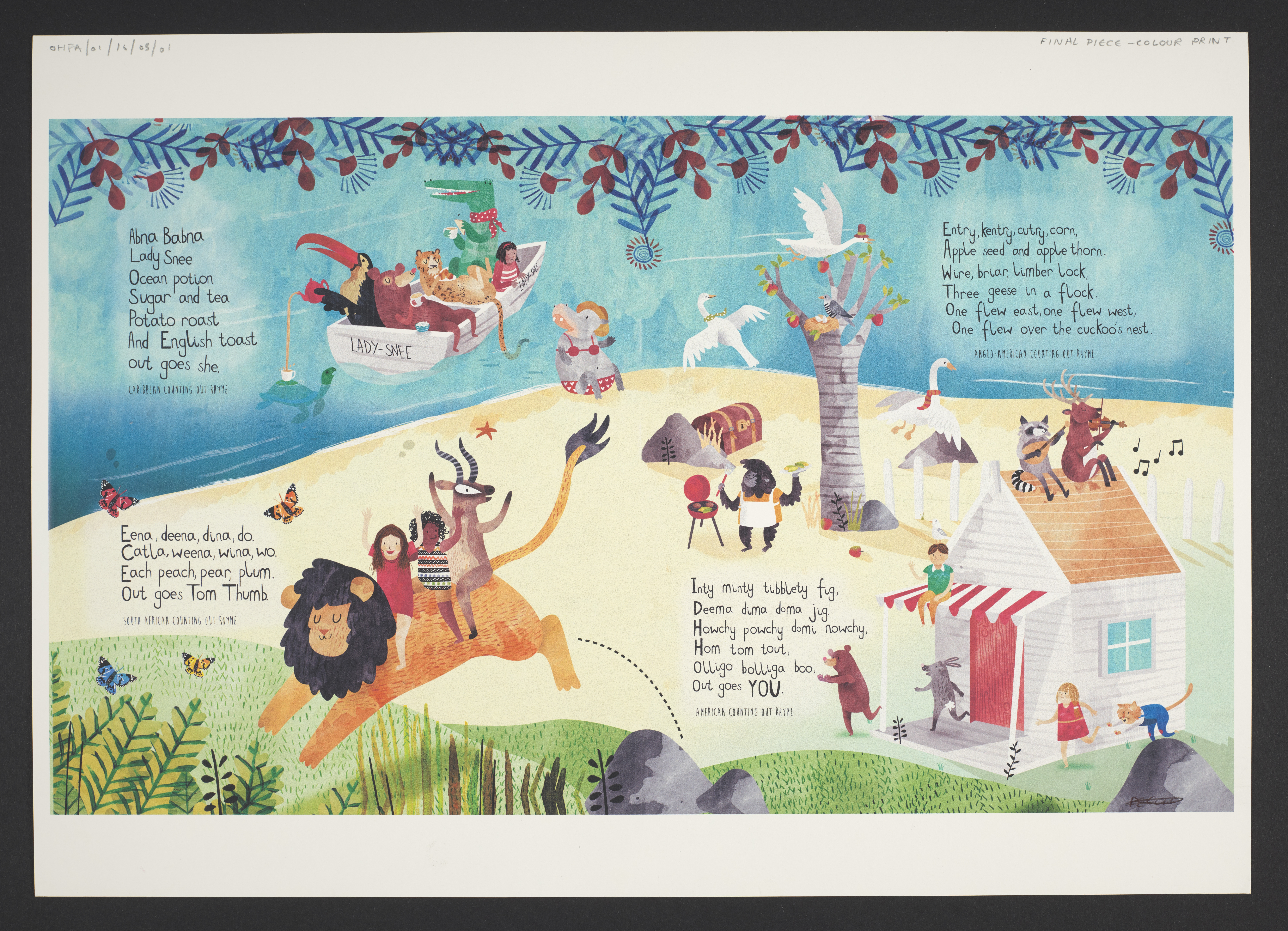 Page from ‘Over the Hills and Far Away’

‘Over the Hills and Far Away’ invites children to share in the similarities as well as celebrate the diversity of dialects, communities and cultures.

Edward Lear is one of the most famous poets of the Victorian era. He was an incredibly creative person. In addition to writing songs and poems, Lear was a brilliant piano player, an accomplished artist, and taught Queen Victoria to paint watercolours!

Edward Lear is best known for his ‘nonsense’ poetry, and during his lifetime, he produced a huge collection of silly poems, songs and limericks to entertain and amuse the Victorian public. Some of his most famous songs include ‘The Owl and the Pussycat’ and ‘The Quangle-Wangle's Hat’. 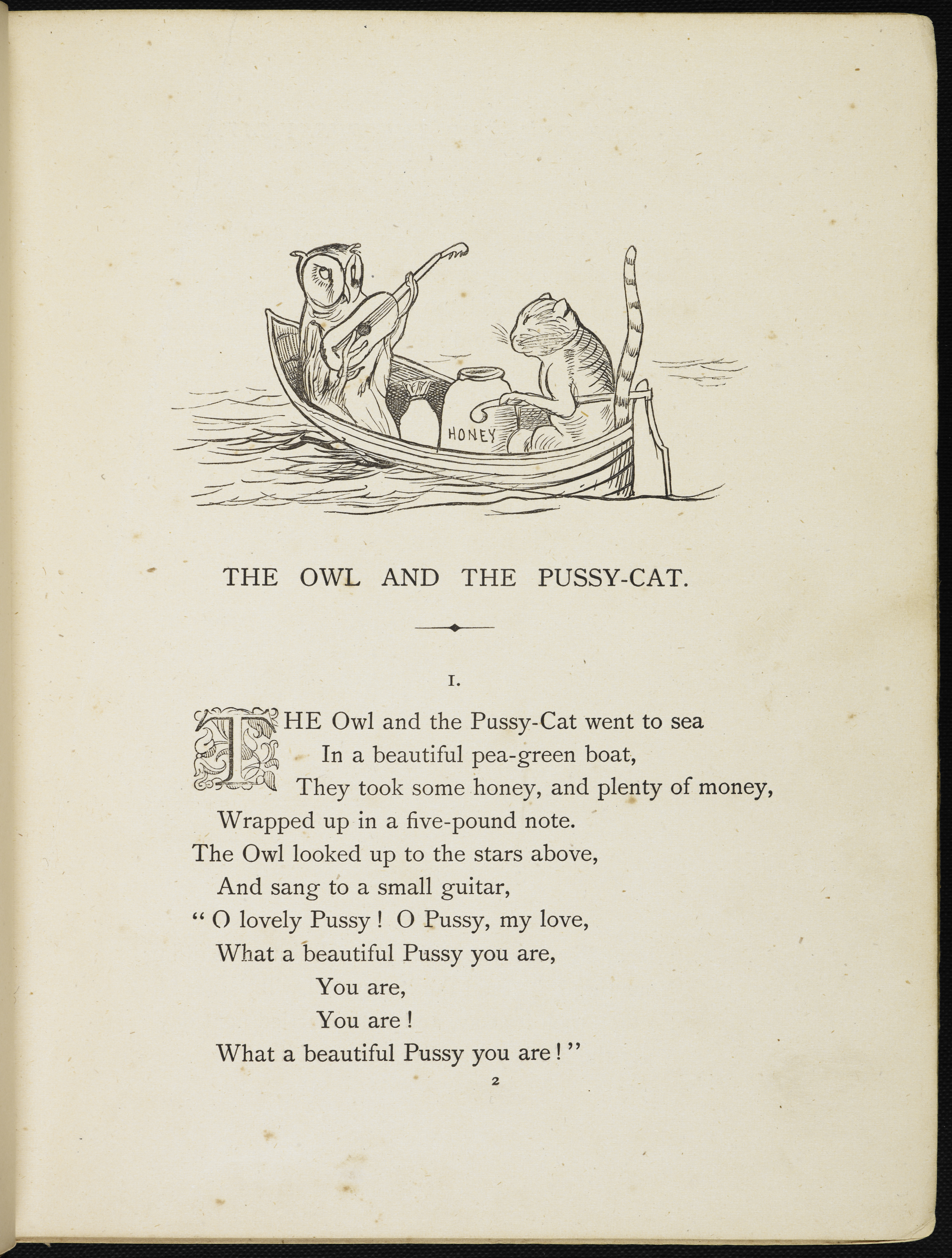 Edward Lear also popularised limericks, a form of short verse poems that follows the rhyme scheme of AABBA, with the third and fourth line being shorter than the other three. Limericks are nearly always humorous, and sometimes quite rude! 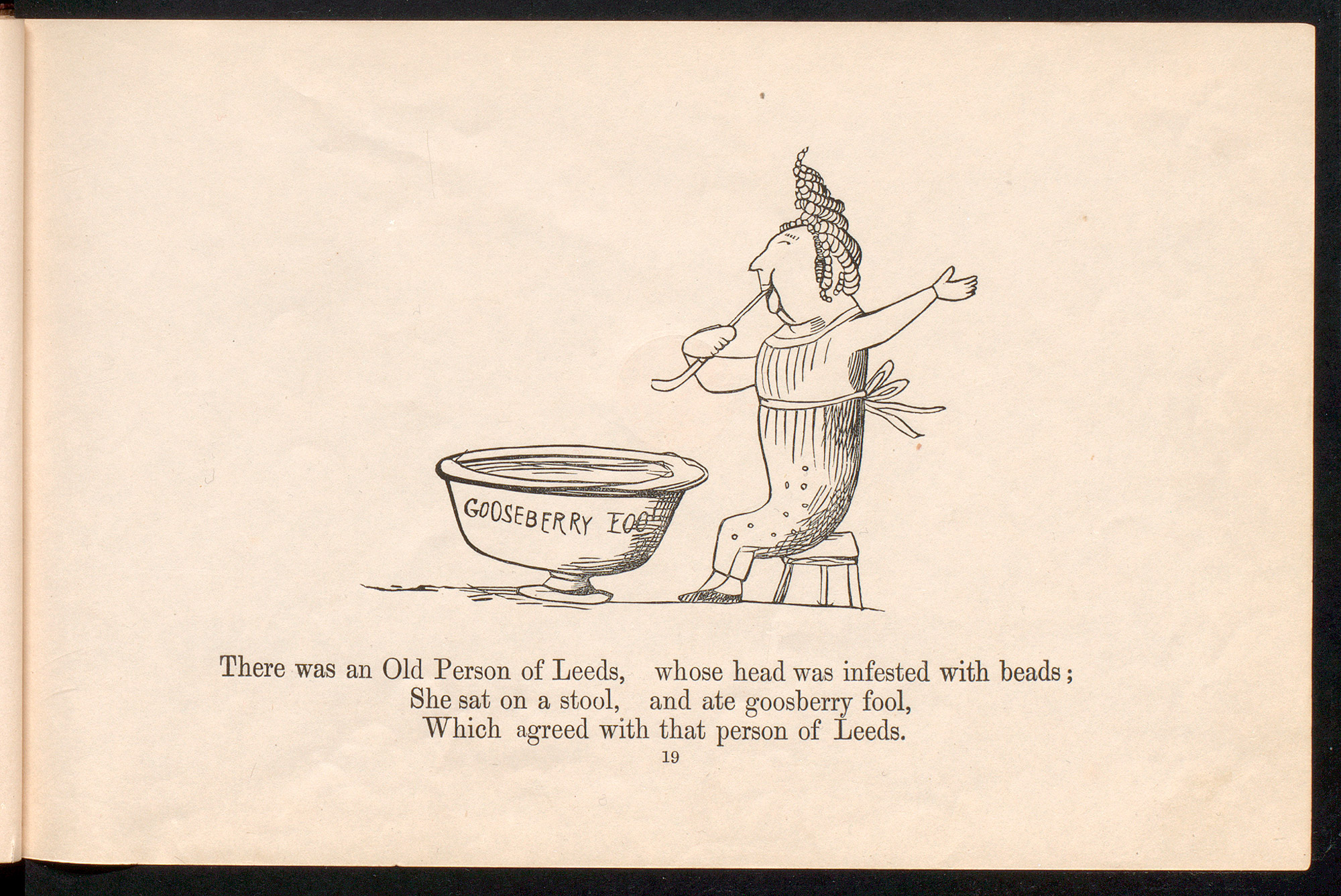 Joseph Coelho is a contemporary poet and children’s author who grew up in Roehampton, London. Joseph studied archaeology at university, and went on to have a wide variety of jobs before eventually becoming a published poet.

Joseph Coelho writes poetry about everyday things, such as in the poem below, about how it feels to go back to school after a holiday:

Back at school tomorrow.

Not tomorrow!
One more day off please.
I'm sick.
I'm not ready.
I haven't done my homework.

We don't do much the first week back.
Miss won't mind if I miss one day.
My uniform is dirty.
I can't remember where school is…

One of Joseph’s best known children’s poems ‘If All the World Were Paper’ imagines a world where we can fold family members up to take along with us for the day, or cover people in post-it notes of good deeds, or rub out tears.