People’s diets were generally poor and there wasn’t a lot of variety in the food they ate.   Each cottage would typically have their own small garden, where the family could grow vegetables, and this would be the main source of their food.  There was rarely if ever, any surplus.  It was a true hand-to-mouth existence.  The type of food grown would also have been seasonal, and dependent on the type of soil and weather in the area.

For the Pearson family at Golcar, and for most other family’s working as a cottage industry, the money earned from selling the woollen cloth they made on their looms would have bought the family oats and milk.  Meat was only eaten very occasionally and was considered a luxury.

Many families would also raise a pig, feeding it on any leftover food scraps. Pigs were a popular choice of animal to keep because they are omnivorous, eating more or less anything given to them, and, as the saying goes, ‘you can eat everything but the squeal’, meaning that every part of the animal can be eaten, leaving no waste.  The family may also own a few hens, which would provide both eggs and meat. 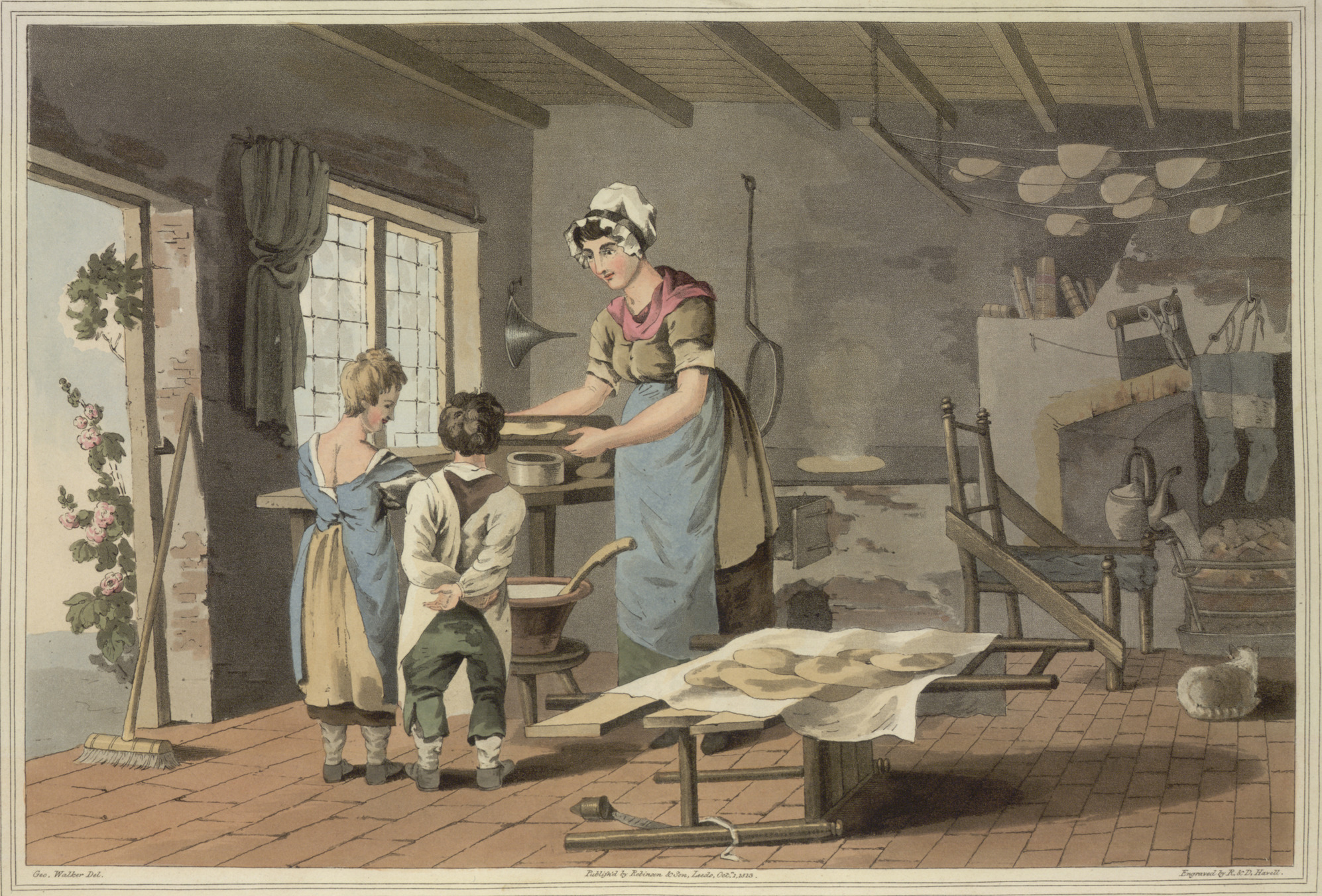 Making Havercakes, from The Costume of Yorkshire

Havercakes, once cooked, would be left to cool and crisp up on the ‘flake rack’ or ‘reel’ – a wooden frame that hung just below the ceiling and in front of the range.  It was lowered using a rope pulley system and the frame was big enough that if needed, it could be turned over and used as a bed! 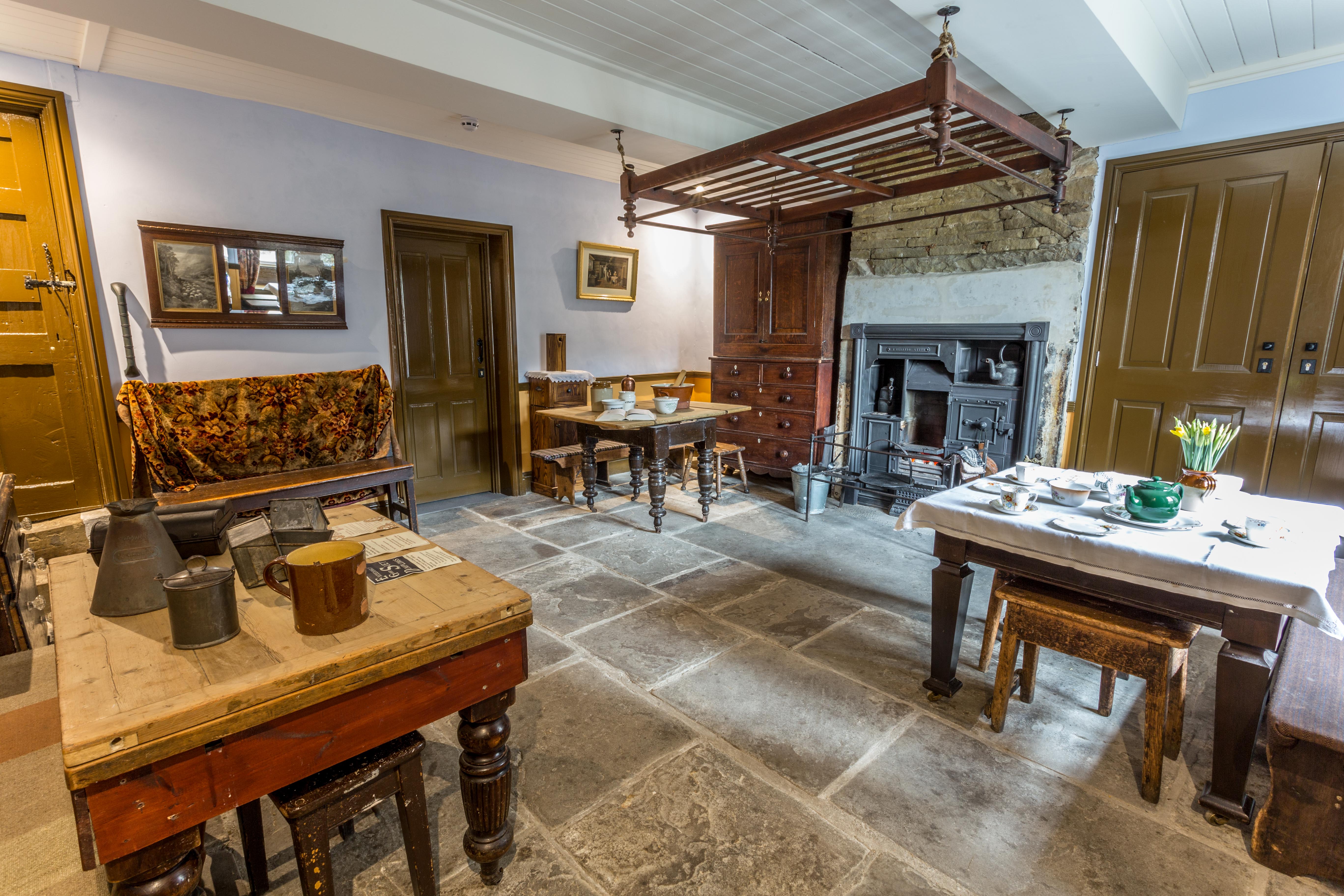 With no electricity, there were no fridges and so food had to be eaten before it went off.  The lack of refrigeration also meant that food could not be transported over long distances.  The food available to the Pearson family at this time was therefore either what they could grow themselves, or what was harvested locally.  All vegetables and fruits would have been seasonal. The Pearson’s would never have seen a banana or an avocado and they probably would never have imagined that their great-great-great grandchildren would find it normal to eat lamb that had been transported all the way across the world from New Zealand!

Seasonal (food) - food that is naturally ready for eating at a certain time of year, according to the local weather and climate.

Surplus – having more than you need of something

Oatmeal - Wheat flour was not commonly grown in Yorkshire at the time, and oatmeal (made by grinding oats) was used instead. Havercakes(also known as ‘haverbread’ or ‘clap bread’, were large, thin yeast bread oat cakes, which were cooked and then either eaten whilst still warm (and soft), or hung up until they were cooled and crisp.

Other Aspects of Domestic Life