What is echolocation and how do animals use it to survive?
View resources Teachers notes Share View related stories
Add to board

Scientists have identified over a thousand species that use echolocation. This includes all toothed whales, most bats and some small mammals. 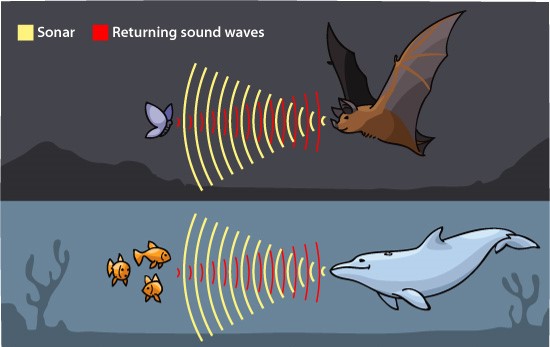 Using echolocation, animals can navigate their environment (even in total darkness), hunt prey, avoid predators and communicate with each other, in the same way that human-made submarines use SONAR to find their way around in the deep sea.

What is echolocation used for?