Eye From an Egyptian Funeral Mask

This object is an eye from an Egyptian cartonnage (funeral mask), believed to be from an Egyptian statue. The eye was a powerful symbol in Ancient Egypt. It was used to ward off evil, as Ancient Egyptians believed the eye reflected the evil back onto the evil-doer. Sailors would paint the eye on their ships in the hope that it would protect them during their voyages. 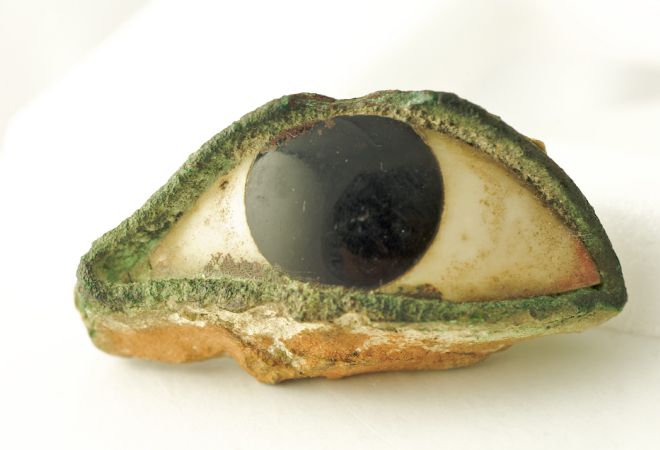 The Eye of Horus

In Ancient Egyptian mythology, the eye is associated the god Horus, the god of the sky, who was often pictured as a falcon. In Egyptian mythology, when Osiris, the father and king of the gods died, Horus and Set (the god of the desert) fought each other to take the throne. During their vicious fight, Set gouged out Horus’ left eye. Horus then gave his lost eye to his father Osiris, to try to bring him back to life. Because Horus sacrificed the eye to Osiris, his eye symbolised healing and protection for Egyptians. 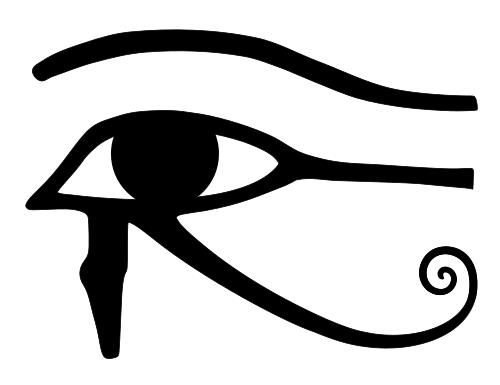 Black and white drawing of an Egyptian 'Eye of Horus' symbol

Where did this Object Come From?

On the back of the eye there is a small label which reads 'National Exhibition of Works of Art, Leeds 1868'. Egyptian artefacts were much sought after by private collectors and museums throughout the nineteenth century.

The eye is part of a collection of charms and amulets in Scarborough Museum, which belonged to William James Clarke (1871-1945), a fishing tackle shop owner from Scarborough. The eye was given to Clarke by Edward Lovett, a collector of charms and a folklore researcher from London.