The Mummified Remains of Nesyamun who lived in Thebes, Egypt over 3,000 years ago
View resources Teachers notes Share View related stories
Add to board

This popular Egyptian myth tells the story of mummification.

The story of Osiris

Osiris was once a great Pharaoh in Egypt. Together with his wife Isis, who had magical powers, he helped the country to become peaceful and rich. Osiris had a very jealous brother called Seth. Seth wanted to be Pharaoh and so he made a plan to trick Osiris, kill him and take control of Egypt.

Seth had a beautiful chest built especially to fit Osiris' body. He challenged people to try the box for size, saying that the person who fit best would win the casket. Many people tried but nobody was able to fit inside. When Osiris climbed into the chest he fit perfectly. Seth slammed the lid shut and nailed it down. He then carried the chest down to the River Nile and watched it drift away.

Isis loved her husband very much and searched far and wide to find him. When Seth discovered that Isis was searching for Osiris, he knew he had to find the chest first, so that Isis didn't find out what he had done. When he found the chest he opened it and cut Osiris' body into many pieces, which he scattered to the four corners of the earth.

Isis worked hard to find all the pieces of Osiris and, when she had found them all, she put Osiris' body back together, wrapping it up in fine linen bandages. This made him the first mummified person. When she was finished she used her magical powers to bring Osiris back to life. But Osiris told her he must leave this life and go into the afterlife, where he became a god.

Ancient Egyptian people kept figures of their gods to honour them. The figure of Osiris in the photograph above might have been kept in a shrine, in someone's home or placed in a grave. It is made of copper, a precious metal. 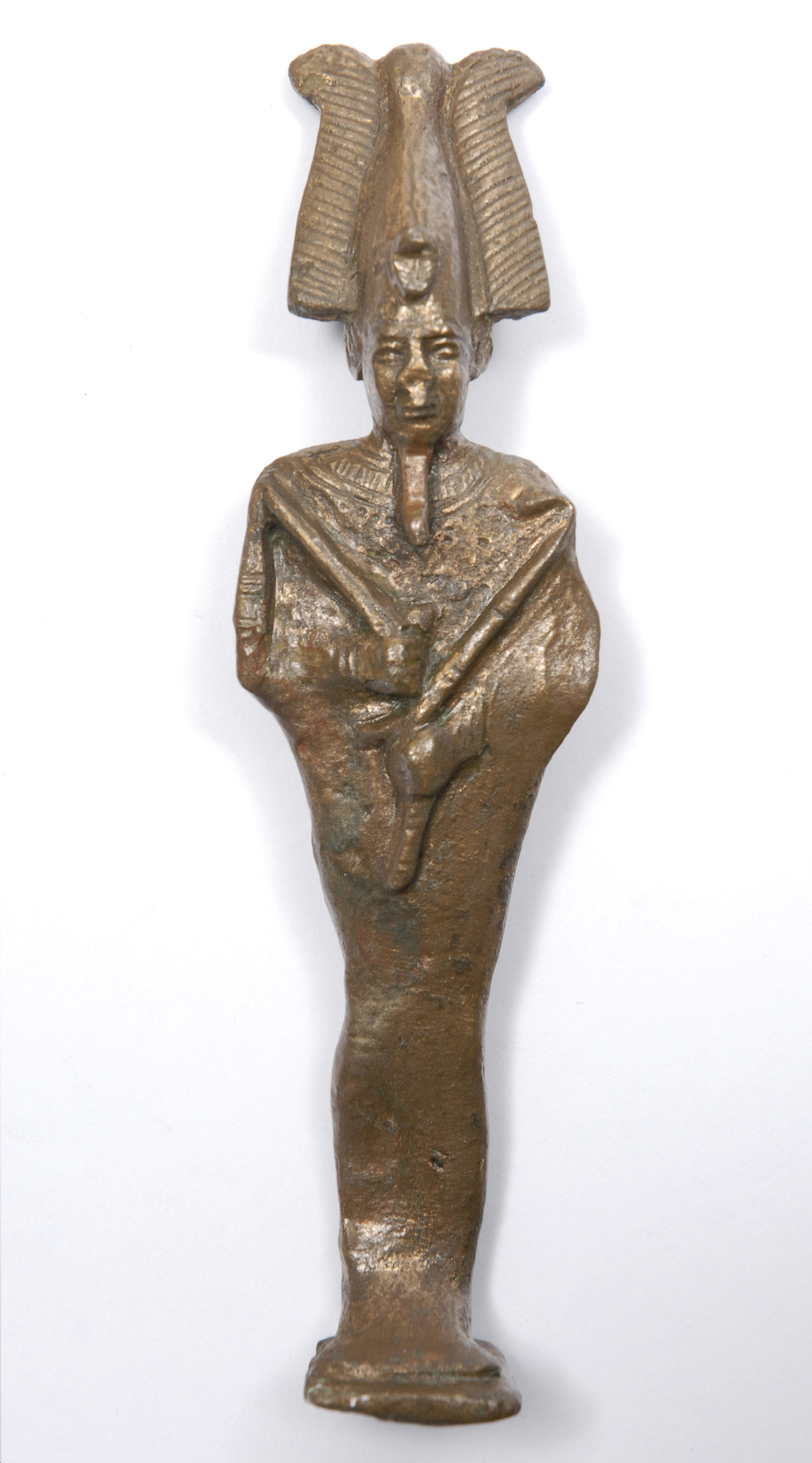 In the video below, Emily talks about the gruesome murder of Osiris, god of the Underworld, and examines related artefacts from Leeds Museums & Galleries collection.

Figure - the  shape of  a body

Mummify  - to prepare a dead body to stop it from decaying

Myth - a made-up story used to explain something important

Scatter - to throw things around so they land in different places