Between 1792-93, Benjamin Gott built his first mill, Bean Ing, in Leeds. Gott demonstrated astute economic and business understanding by creating a factory where he could oversee everything, from sorting the wool to weaving and dying processes. 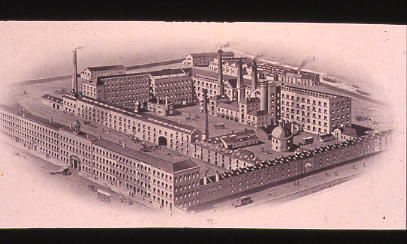 Line drawing of the Mill at Bean Ing
Putting everything under one roof at Bean Ing saved time and money because Gott could better control the quality of the cloth. There were also fewer delays and lower transport costs.

Despite these savings, most of the wool-making process still had to be done by hand. Wherever production could be mechanised, Gott invested in new machines and in different power sources. 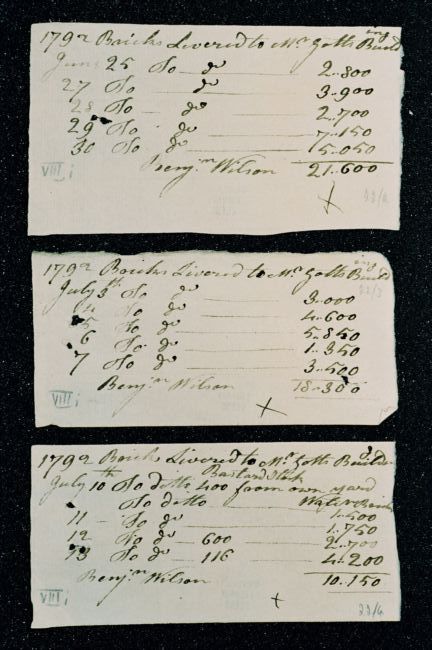 At Bean Ing he used a waterwheel to power spinning wheels, but at times when the river was low, power was scarce and sometimes work in the factory even had to stop. Gott had found the ideal location for deliveries of coal and transport of good along the canal, but Bean Ing was not ideal for water power.

At this point Benjamin Gott was still a young man, about to turn 30, and he was taking on work of a scale never before attempted. In terms of the management of labour Gott’s task was huge, he was employing many teams of joiners, loom-makers and so on to get the mill ready. 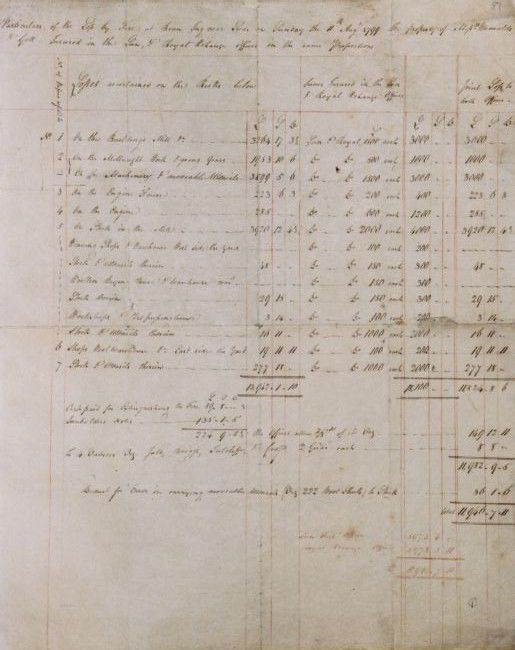 Handwritten Receipt for Materials at Bean Ing
Benjamin was also spending vast sums of money. Bean Ing cost more than £17,000 to equip - a fortune at the time! The picture above shows a bill itemising the cost of machines such as 'a forty spindle jenny' and 'carding machines'. Gott made detailed plans for the financial implications of his decisions.