As production processes in the mill become more mechanised Gott needed different kinds of employees, who had more speed and agility than muscle. Like most mill owners, Gott began to employ more children and women, as they were cheaper than male workers. He also started to replace the higher paid, skilled manual workers with machines that could be worked by unskilled but quicker manual workers. 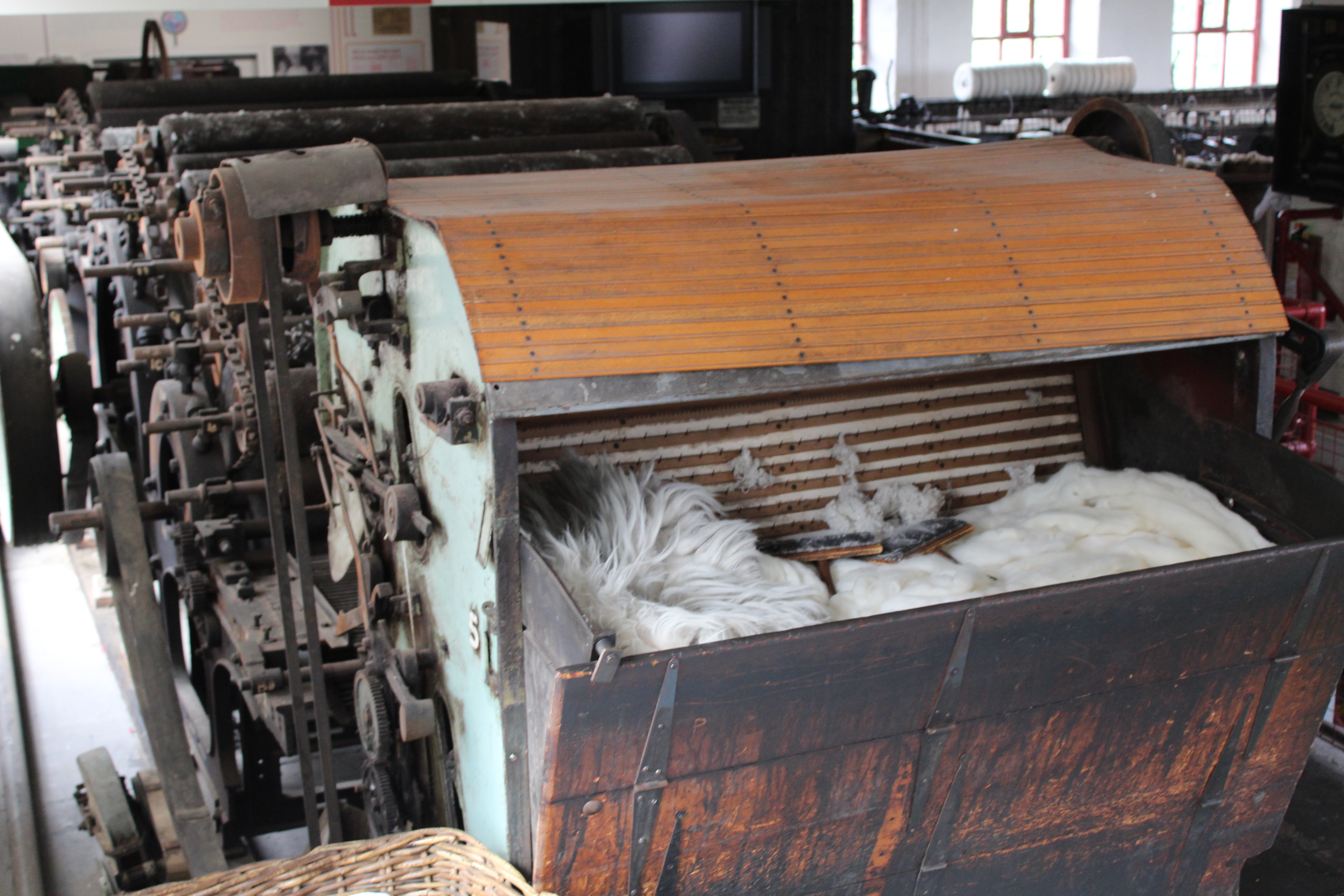 Working in the mill was noisy, smelly and incredibly dangerous. Look at the pictures above of a carding machine. Fibre passed into this machine between two drums covered with closely set metal teeth, which removed dirt and rubbish from the wool. Any vegetation left in the wool is then combed through the fibres in tiny fragments. 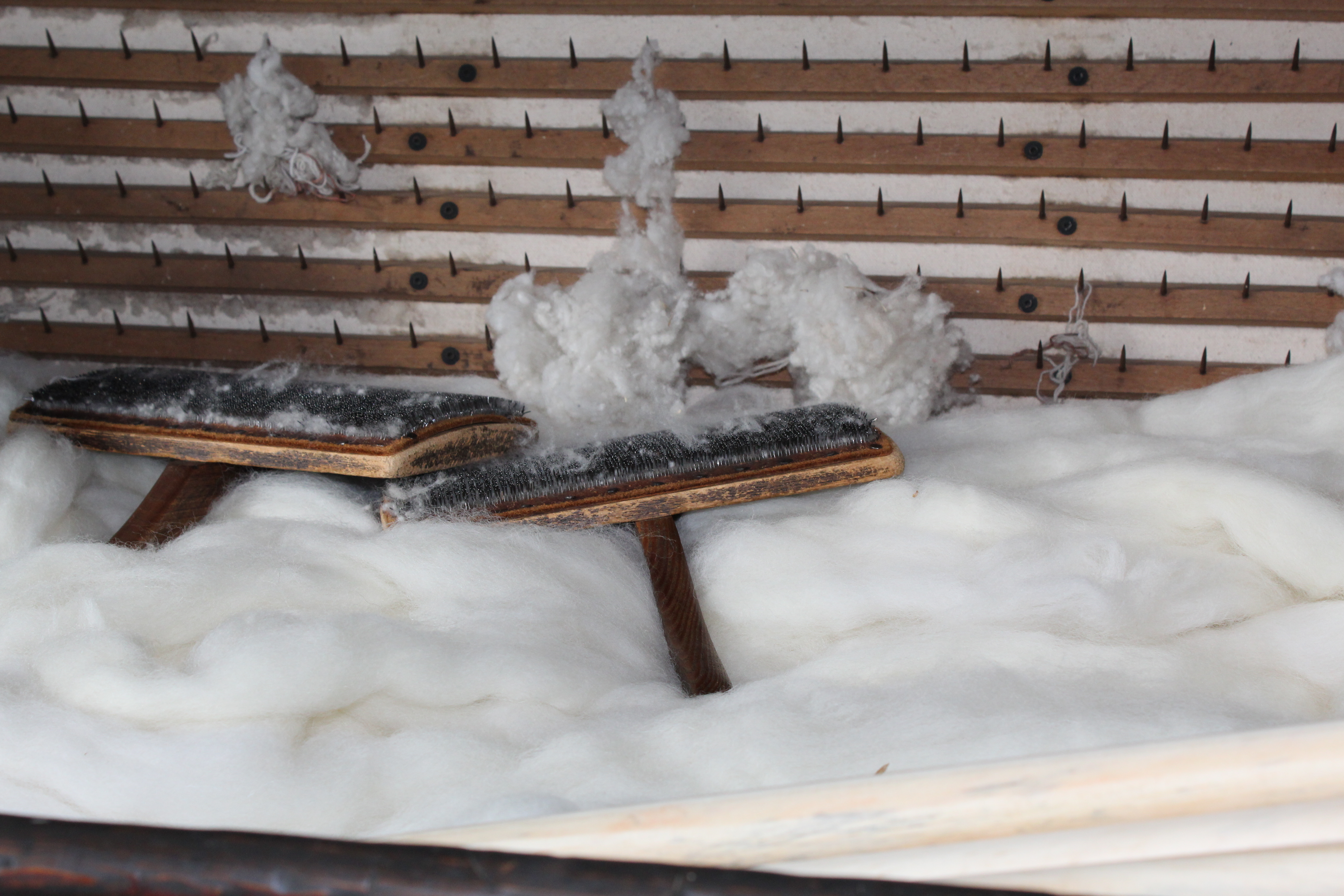 This machine from Armley Mills is 6 foot by 3 foot wide – leaving plenty of room for a small arm to be caught in it and crushed. Like all mills, Bean Ing and Armley were hazardous and inhospitable workplaces. One child lost his leg when he was pulled into the carding machine at Armley, and a child at another mill died because he was not allowed to go to the toilet.

Rage Against the Machine