With over 1,800 workers at Bean Ings, Benjamin Gott was one of the biggest employers in Leeds and a powerful influence. He was also elected mayor of the city, aged just 37. Gott's business was booming, and soon the steam engine was working flat out – and groaning under the strain. Gott installed gas lamps so the weavers could work at night, but even then he could hardly meet demand for his wool.

It was time to found a second factory. Gott looked for a site that provided: room to expand; a route into the city by canal, so that building materials, coal and wool would easy to transport; and close proximity to a river, for water power. 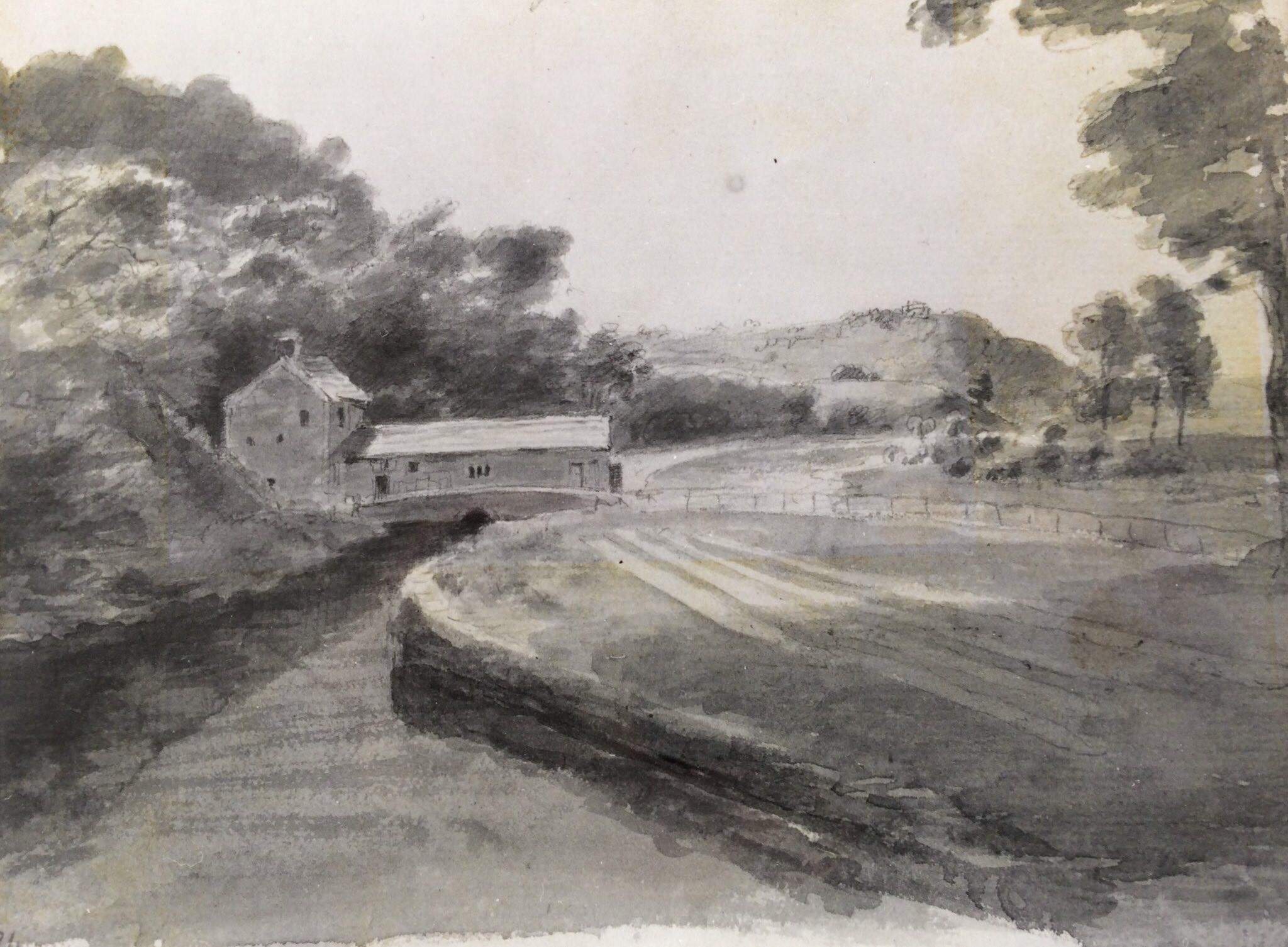 Watercolour Sketch of Armley Mill by John Russell
This advertisement for the Armley Mills site was published in the Leeds Intelligentsia on 5 Feb 1788. It outlines the advantages of the location:

Armley Mills are on the banks of and adjoin to the banks of the Leeds Canal (only distant to Leeds by one mile) and so situated that a purchased may make such buildings, improvements & conveniences for carrying on an extensive trade and business of Fulling, Scribbling, Willowing, Carding and spinning of sheep’s and cotton wool, grinding of corn, sawing of timber and splitting of iron, tobacco, snuff, leather & paper mills and other improvements now made use of by water.  In the most extensive line, there being such plenty of water and convenience for erecting a number of mills thereon that no situation in the west riding of Yorkshire is superior if any equal thereto.

Etching of the Extensive Site of Armley Mills

Disaster - Fire at the Mill!

Armley Mills was clearly a superior site. In 1800 Gott had just leased it, when Bean Ings was completely destroyed in a fire. He threw his energies into the new site, yet five years later, Armley Mills caught fire.
Part of the corn mill was saved, but the damage was extensive. The insurance valuation document includes: 4 stair cases, 45 yards of chimney pots, hooks & locks for 12 doors, 1022 feet gutted windows & glass, 2182 feet planks and joists and so on. 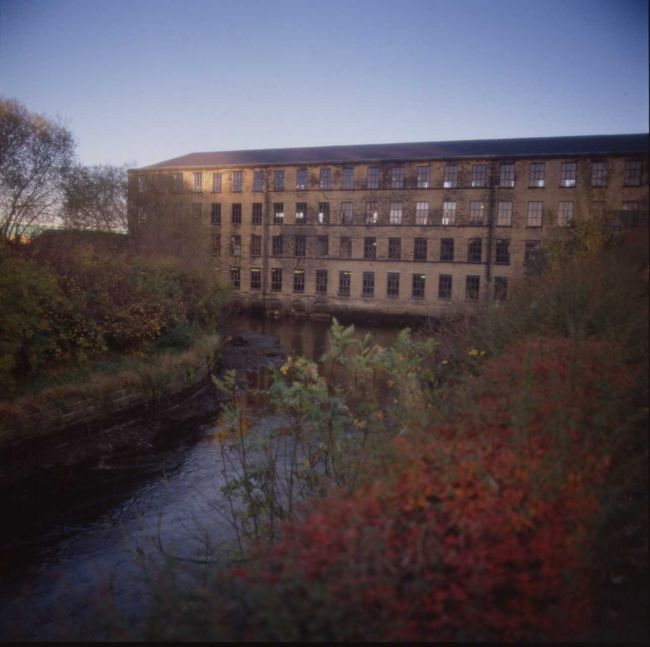 Photograph of Armley Mills
Can you imagine the devastation caused, even today, by the biggest employer in a city being put out of business (even temporarily) by a fire? In 1805, there was little other work for Gott's employees. They had made desperate efforts to put out the fire, which Gott thanked them for in the Leeds Mercury of 22 November 1805:
Fire -
Mr Gott requests the Officers, non-Commissioned Officers and Privates of the Leeds Volunteers, to accept his most grateful thanks, for their prompt and great exertions, during the fire at Armley Cloth Mill, on Wednesday evening. His warmest acknowledgements are equally due to the inhabitants of Leeds, Armley, and the neighbouring villages. It is to their affiance united with that of the volunteers, that he owes the preservation of the corn-mill, warehouse and adjoining buildings, which remain uninjured.
As the location was ideal for a woollen mill and, although he did not own the land, Gott rebuilt Armley Mills on the same site in 1806. 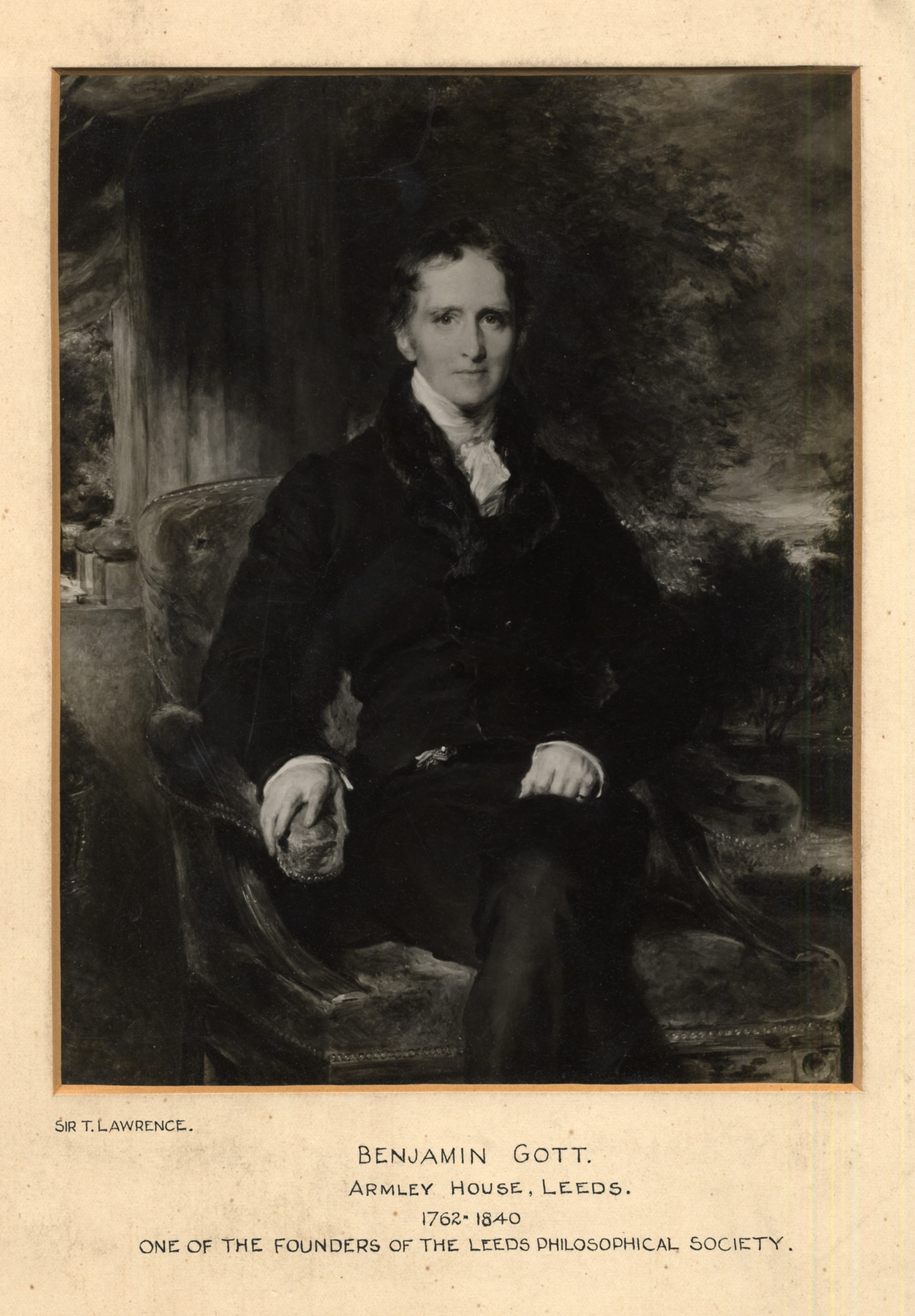