Looking at postcolonial history through the story of Martin Frobisher's life
View resources Teachers notes Share
Add to board
Previous section
North West Passage: Where is the Inuit Voice?

The Armada: Where’s the Spanish Voice?

In 1588, an Armada (fleet of ships) of Spanish ships are spotted sailing towards England, aiming to invade. 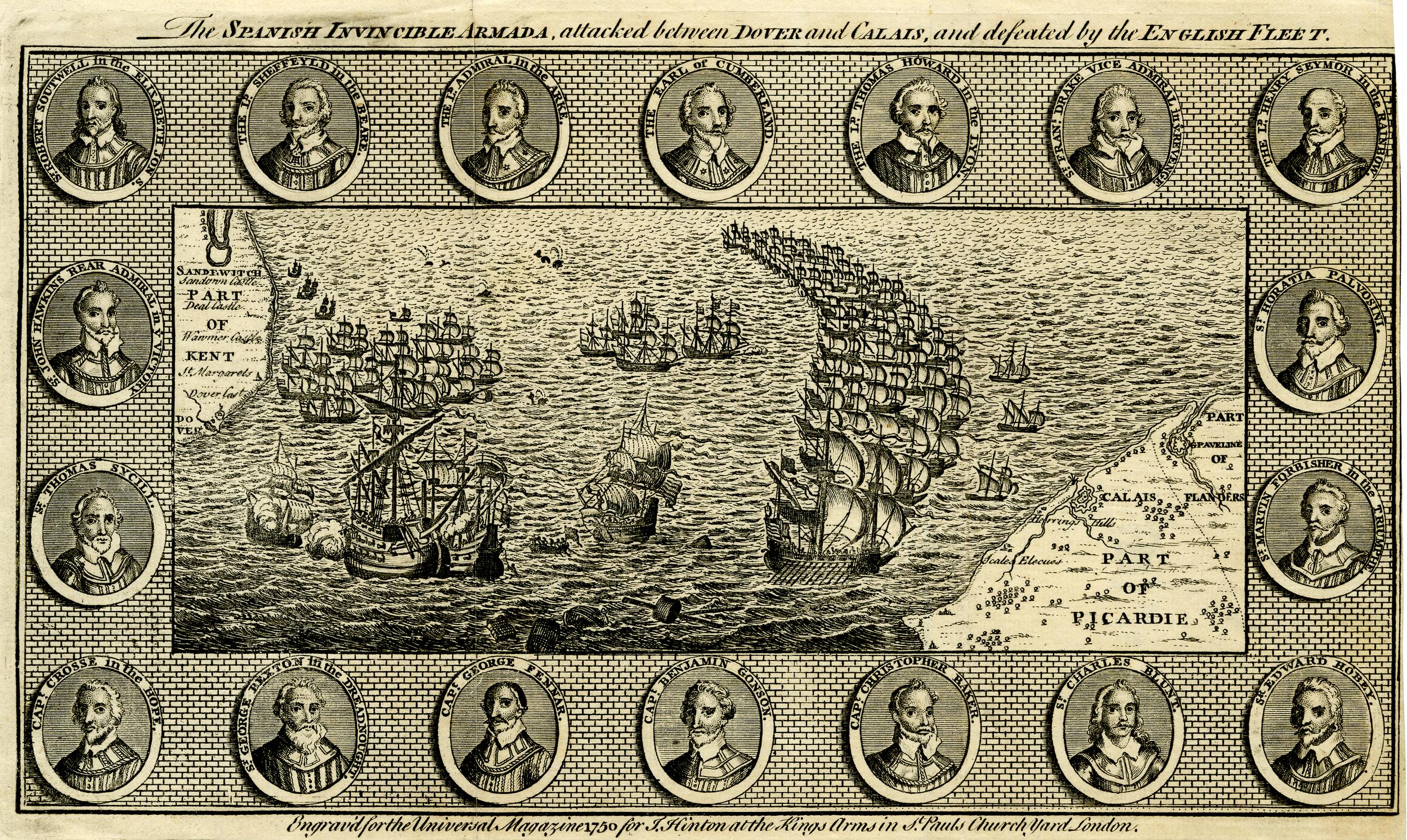 Illustration of the Spanish Armada with Portrait Roundels

Martin is in command of Triumph, the Royal Navy's largest ship. Other ships are being captained by Drake and Hawkins. There are differing accounts and perspectives of this major historical event in British history, with the British victory being attributed to tactics, fire ships, the weather and seas. The Spanish account differs considerably.

Martin is knighted and becomes Sir Martin Frobisher. His personal share of the Armada reward is £4,979.

In 1590, Martin moves back to Yorkshire, marries Dorothy Wentworth, and lives at the Manor of Whitwood, Featherstone. He continues to sail and dies of an infection following a bullet wound during the siege of a Spanish held fortress in 1594.

What’s all this got to do with Leeds?