During the First World War, His Majesty's Factory at Langwith in Derbyshire produced a chemical called ammonium perchlorate, which is used to make things burn faster (eg. in fireworks). During wartime, ammonium perchlorate was mainly used in sea mines, which were laid by the navy to stop German U-boats from attacking merchant ships bringing vital food and supplies to Britain.
Over 800 people worked at HM Factory Langwith, which covered 27 acres. The factory was so big that it had its own police force and special trains were laid on to get workers there in time for their shifts. The workers had a canteen and rest-rooms, organised dances, football pitches and tennis courts.
On joining, workers had to sign the Official Secrets Act, promising not to speak about their work outside the factory. The Langwith staff also knew that they were at risk from accidents. Anything that could cause the slightest spark, like a match or metal hairpin was banned; munitions workers could be sent to prison for forgetting the rules. 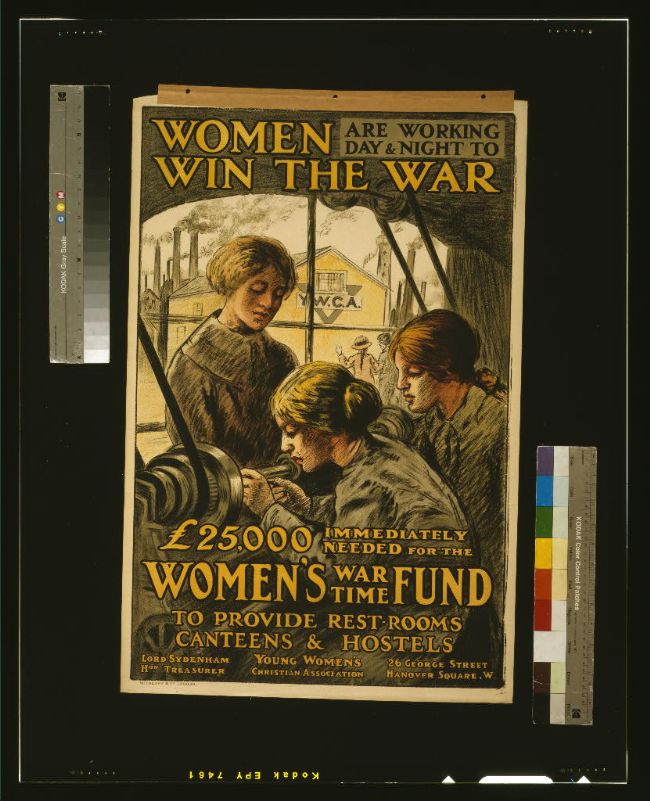 Propaganda Poster for Women Win the War
There were two serious accidents at Langwith, possibly due to someone forgetting about these rules. On 20 November 1917 there was a fire in the grinding/milling house. One of the three workers who were killed had loose matches in his pocket. Just weeks later, in March 1918 there was another explosion. No evidence could be found for the cause and at first it was suspected that a spy had attempted sabotage. 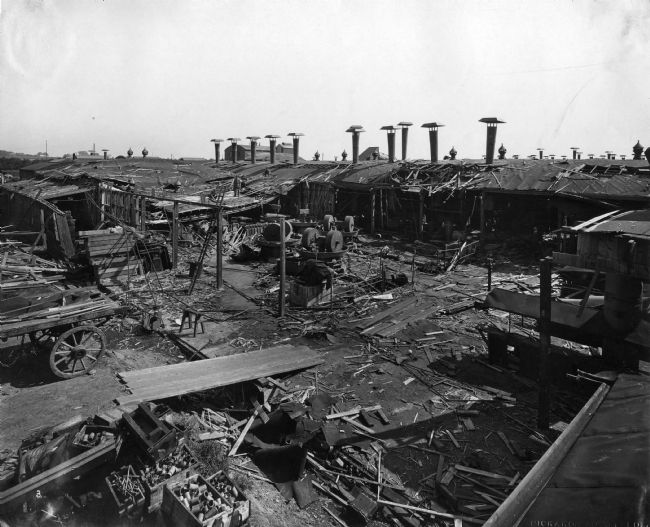 The Devastated site of Barnbow WW1 Factory Building after an Explosion.
Three young women were killed in the March 1918 incident: Dorothy Brown, 17; Elsie May Garrett, 22; and Ethel Gorrill, 18; and forewoman Winnie Pegg was injured. Dorothy, Elsie and Ethel were buried with full military honours. 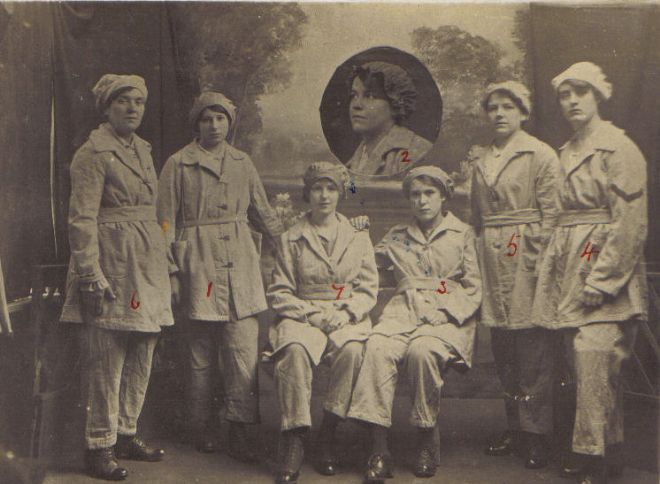 Forewoman/foreman – someone in charge of other workers
Manufacture – making large amounts of something in a factory
Military honours – ceremony carried out by the armed forces
Minefields – area of land/sea where mines have been placed and can explode if touched
Official Secrets Act – a wartime law to stop people revealing information that enemy forces could benefit from
Recreation – activities that people do for fun, rather than as work
Sabotage – destroying or damaging something on purpose
Suspected – to believe something without proof
Next section

The No. 1 Filling Factory, Barnbow, Leeds