The No. 1 Filling Factory, Barnbow, Leeds

One of the largest First World War munitions factories in Britain was based in Barnbow, east Leeds. Opened in 1915, the No. 1 Filling Factory covered 200 acres and employed 16,000 people, 93% of them women.
Workers then usually went home for their midday meal, but in wartime, as some travelled a long way or had no one at home to cook for them, most large factories set up canteens. The canteen at Barnbow used vegetables grown on surrounding land and milk from the factory dairy. 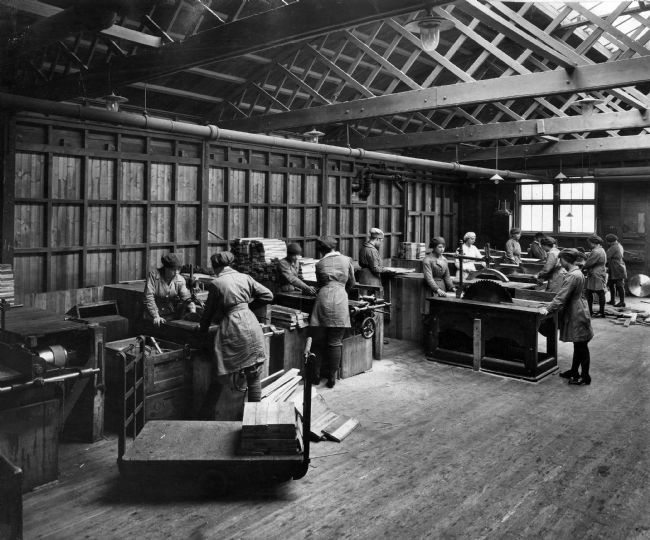 Female Factory Workers Making Box Lids for WW1 Shells in Leeds.
The factory produced shells (cylinder-shaped metal objects containing explosives). Shells were fired through the air by artillery guns, exploding on impact and inflicting terrible injuries (around 70% of all injuries during WW1). Between 1915-18, workers at Barnbow filled 24,750,000 shells. As they handled dangerous chemicals, including cordite, TNT and ammonium nitrate, due to the risk of explosions, a factory fire service patrolled the grounds. 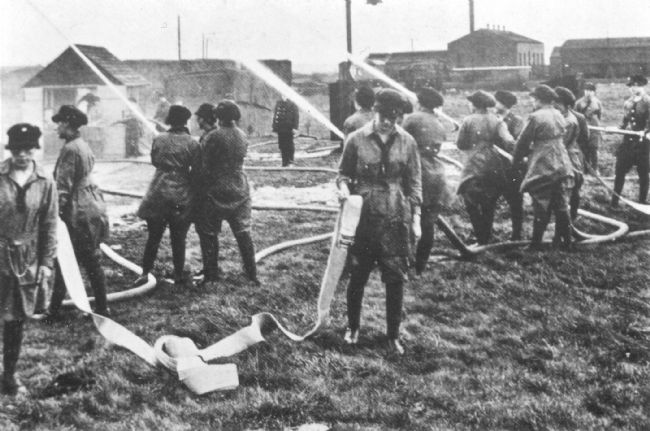 Sadly, they could not always prevent incidents and there were three explosions causing loss of life. The most serious occurred on 5 December 1916, in one of the shell-filling rooms, where fuses were inserted into shells already loaded with explosive powder, then the shells were screwed tightly shut.
Despite the risk of more shells exploding, nearby workers nearby ran to try to save colleagues trapped in the rubble. William Parker went back 11 times to rescue the injured, at great personal risk. At Leeds General Hospital, they were treated for horrific burns and even loss of limbs. Some would never fully recover.
Within a few hours, workers voluntarily went back into the room and production continued. Although the Barnbow workers were praised by Commander-in-Chief Douglas Haig, for illustrating ‘the spirit animating British women who are working with us for the common cause’, the incident was not reported in the press.
Under the Defence of the Realm Act (1914), the government stopped the media publishing information that could affect public morale, including factory accidents. The Yorkshire Evening Post simply published 35 death notices, noting simply ‘killed by accident’. The full story was only told after the war had ended and the factory was closed.
Today all that remains of No. 1 Filling Factory is an uneven field littered with pieces of old brick and a few shells of buildings. Yet, the women workers of Barnbow who, like servicemen on the Front Line sacrificed their lives for the war effort, are still remembered. 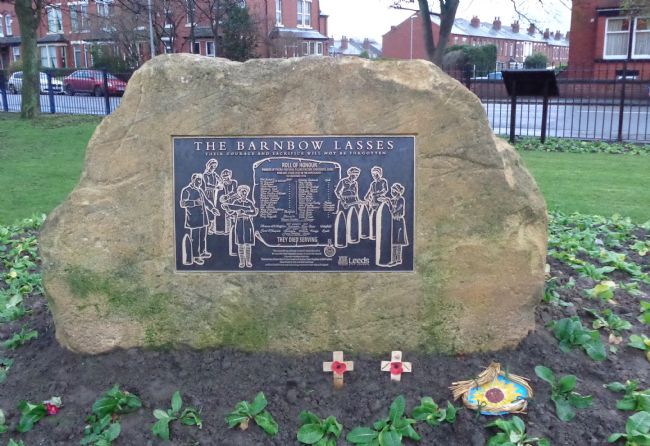 The Memorial to the Barnbow Lasses at Cross Gates in Leeds

Health Risks in the Factories