WW1 Charities in the Humber

Voluntary work was a major feature of the First World War. On the Home Front there was a huge amount of activity in aid of good causes. Charities were set up to do everything from supporting Belgian refugees to buying ambulances for the army medical service. People knitted socks for soldiers, collected eggs for convalescents, organised entertainments and volunteered as nurses or special constables. 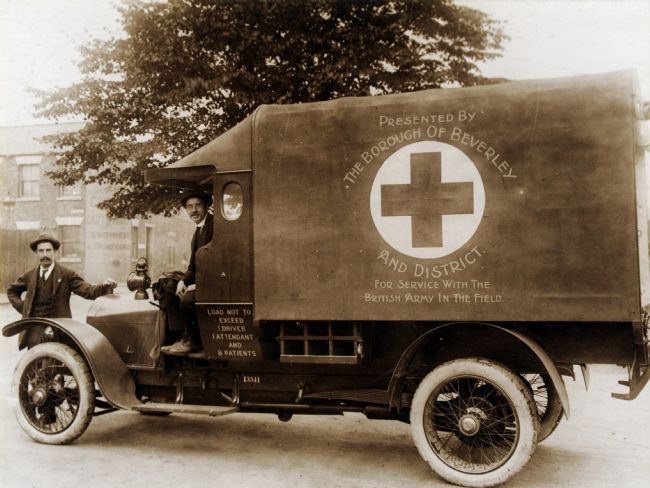 A lot of this charitable activity took place at local level.

The Prisoners of War Fund was chaired by Lady Nunburnholme, but ordinary people also did their bit. At the opposite end of the social scale, the Freehold Bread Fund, set up by Mrs Cohen and Miss Adams of Freehold Street, sent 50 loaves of bread each week to five different prisoner of war camps in Germany.

The Soldiers' and Sailors' Wives Club:
Other charities aimed to support those left at home. The Soldiers’ and Sailors’ Wives Club, based at Mason Street in Hull, had over 1,000 members and aimed 'to cheer, strengthen and sustain the lives of those whose husbands were on active service'. The ladies who ran the club provided a crèche for children and gave women a space where they could read, play games or write letters. Its weekly concert programmes regularly attracted 250 women each week. 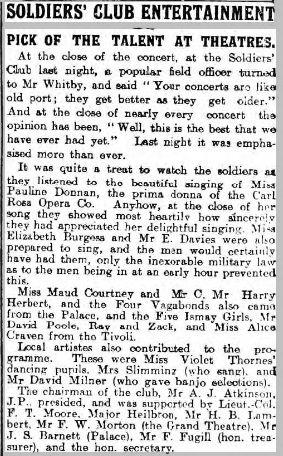 The Soldiers' Club:
Concerts were also a feature of the Soldiers’ Club based at Beverley Road Baths, which was the largest soldiers’ club in the UK. The baths were covered over and the hall transformed with recreation rooms, a buffet, reading rooms, a library and a post office.

Over 1.5 million men passed through the Club during the four years of the war.

It hosted weekly concerts with artists from the music halls and theatres, band performances every Sunday afternoon, and was supported by public subscriptions totalling £2,115. 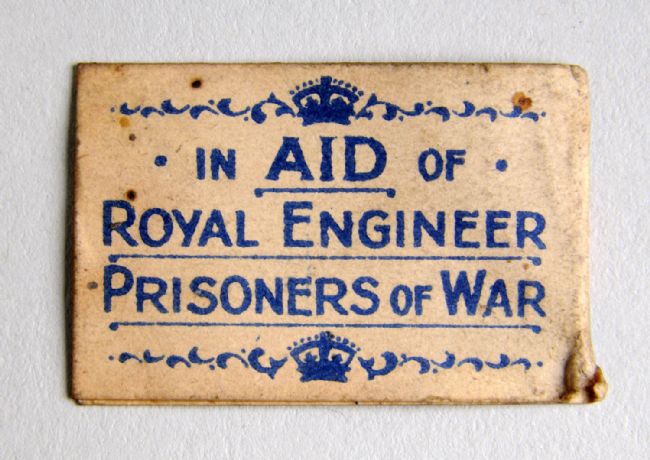 Some historians have argued that the voluntary and charitable work on the Home Front contributed to the Allied victory, both through the practical difference it made and its impact on morale.