A Brief History of St. Vincent

George Egbert Robinson – who was (and is today) known by a shortened version of his middle name, ‘Bertie’ - was born on the island of St. Vincent in the Eastern Caribbean, lying to the west of Barbados, and north-east of Grenada. Measuring just 142 square miles, the island is smaller than the city of Leeds and contains an active volcano that erupted as recently as 2021. 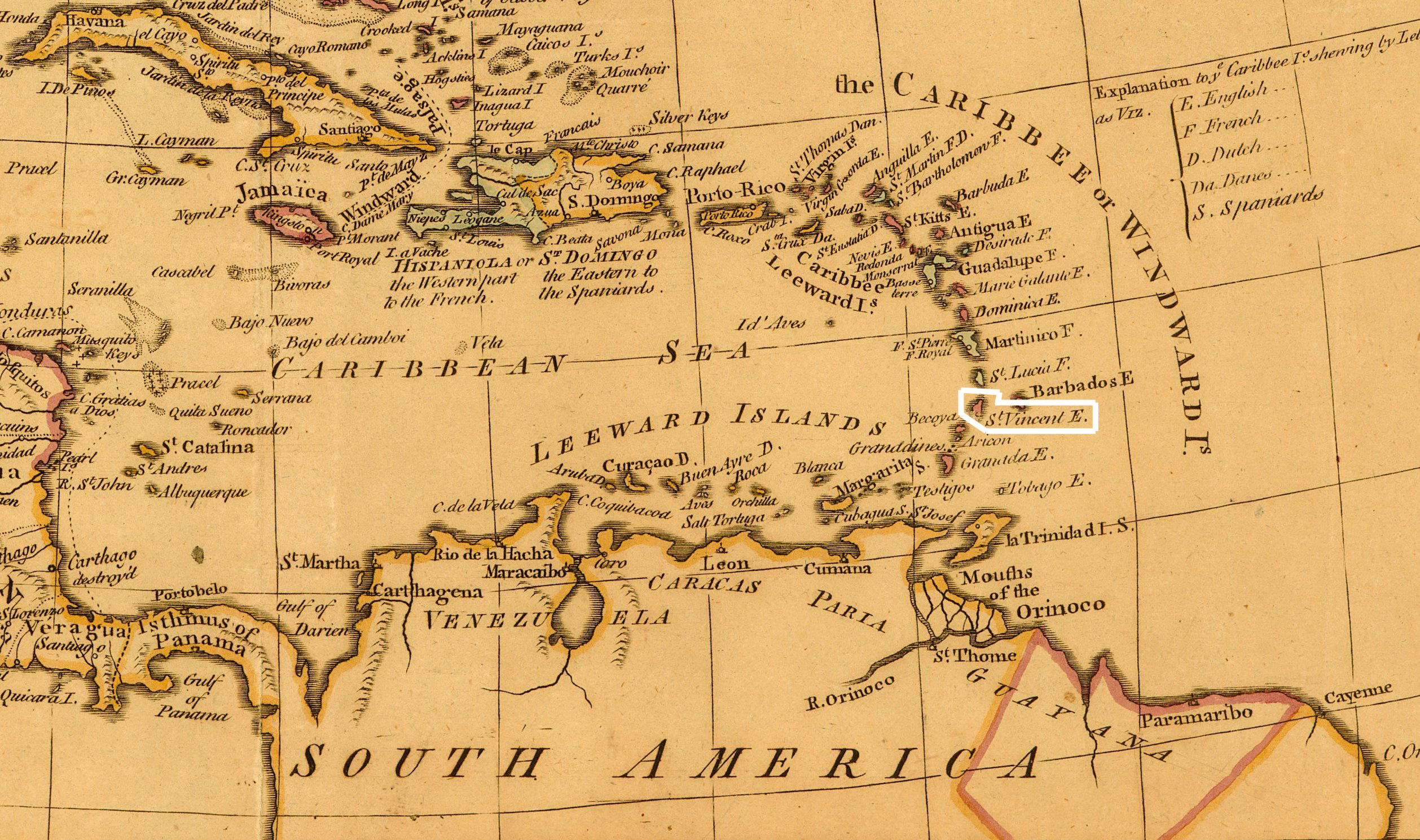 The island was first populated by Indigenous Peoples from present day North and South America. These included the Ciboney, the Arawaks and the Kalinago (or Caribs). The groups both displaced and inter-married each other. The Caribs named the island ‘Hairoun’, meaning ‘Home of the Blessed’. 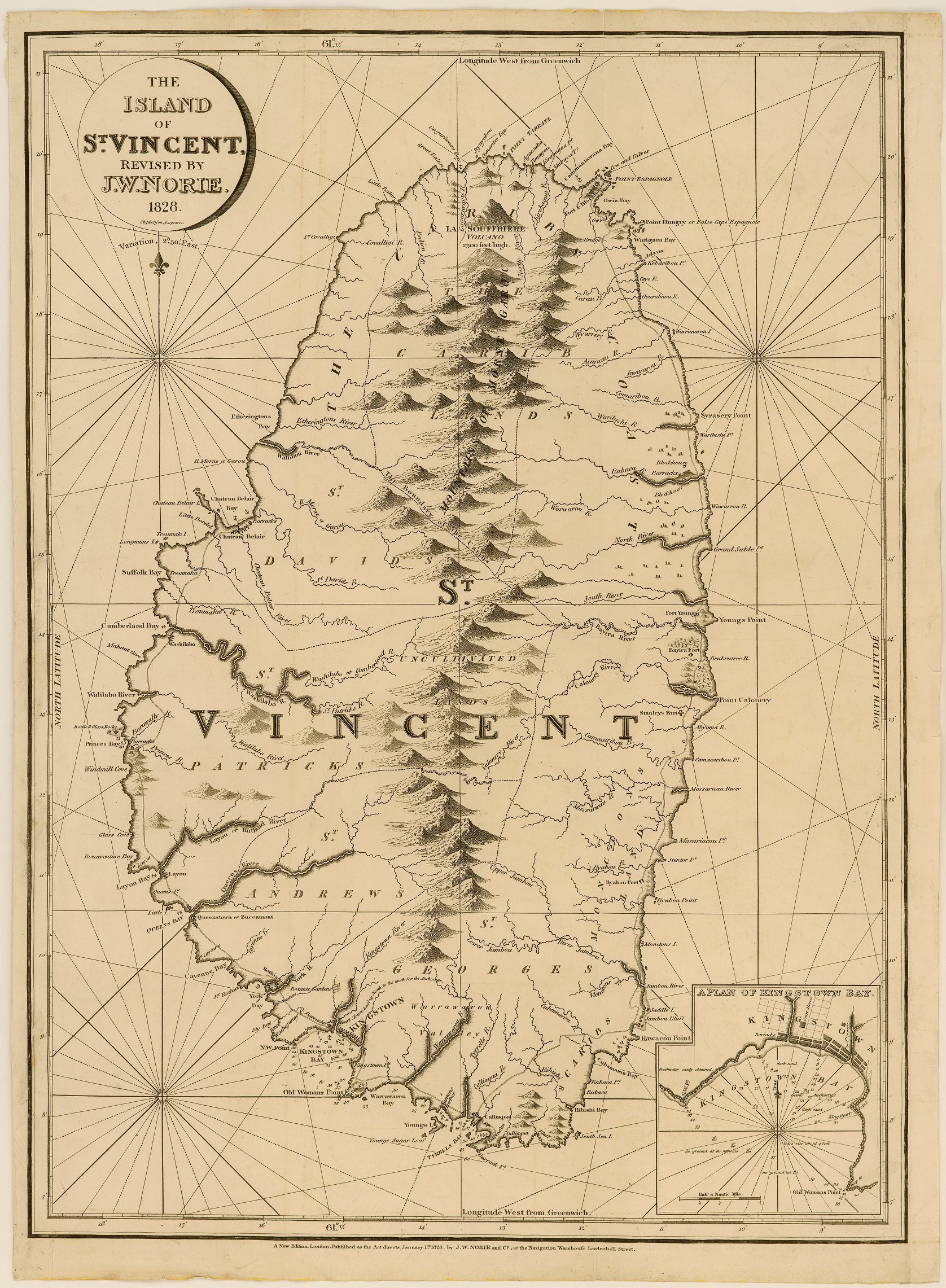 The West Indies were a major destination for ships carrying enslaved Africans as part of the transatlantic trade. In 1675 one of these ships was wrecked off the island. The Africans that survived were given refuge by the Kalinago. They were later joined by more Africans who had escaped their enslavers in the nearby islands of Barbados, St. Lucia and Grenada. The Caribs and the Africans intermarried and became known as the ‘Black Caribs.’

Although small, St. Vincent did not escape the interest of the colonial powers vying for control in the area. Britain and France fought over the island for more than a century, with the Black Caribs and Kalinago proving formidable opponents to the would-be colonists. In 1779 the French were successful in establishing the first colonial settlements on the island and began using the stolen labour of enslaved Africans to cultivate crops for export, including sugarcane, coffee, tobacco, corn and arrowroot (a crop grown for its starch content and used in food production).

Over the next 18 years, St. Vincent would be the site of colonial aggression between the British and the French. The Black Caribs played the colonial forces off against each other, making and breaking alliances as necessary. In this way they managed to prevent either side from gaining complete control and maintained independence over a small portion of the land. In 1797 however, British forces defeated the Black Caribs and Kalinago resistance, gaining total domination of the island. They deported more than 5000 of the surviving Black Caribs to nearby islands, where half of them died.

The British had started to bring enslaved Africans to St. Vincent in 1771, and by 1807 over 57,000 individuals had been brought to the island and forced to work on sugar cane plantations under brutal conditions. By 1827 St. Vincent was the second largest producer of sugar in the British Caribbean.

Following the passing of the Slavery Abolition Act in 1833, many plantation owners left the island. In an attempt to keep the plantation economy going, the government of St. Vincent passed legislation to allow cheap labour from countries such as India and Madeira to enter the country. Many of these workers were indentured servants – they had to work for little or no money for an agreed time period. This form of labour was common in British colonies following emancipation. Many indentured labourers did not fully understand the contracts they were agreeing to, or the harshness of the life that awaited them. The reality of their lives on plantations was not that much better than the enslaved Africans they replaced.

The British plantation owners on St. Vincent used the stolen labour of enslaved Africans and then underpaid indentured servants to generate large profits from the crops grown. Many became incredibly wealthy in the process. There was little to no investment in education or healthcare for the population, and St Vincent suffered from extreme levels of inequality and poverty.

The dependence on sugar as a single export crop left St. Vincent in a vulnerable position economically, and the mass cultivation of a single crop type affected the fertility of the land. During the 1800s cheaper sugar-beet reached British markets and sugar prices plummeted. The economy of St Vincent declined substantially, causing high unemployment and destitution among its people. To compound the problems, cholera swept through the island in the early 1850s. Its spread was facilitated by the widespread poverty and lack of medical facilities.

In 1879, Bertie was born into this complex social, political and economic environment.