The exact circumstances of how Bertie first met the 5th Earl and Countess of Harewood, and why he came to travel back to England with them to be employed as a footman at Harewood House are unknown. What we do know is that in 1893, the 5th Earl and Countess sailed to the West Indies to visit the four plantations they owned in Barbados. During this trip they also travelled around to other islands in the Caribbean where they visited tourist destinations and landmarks. 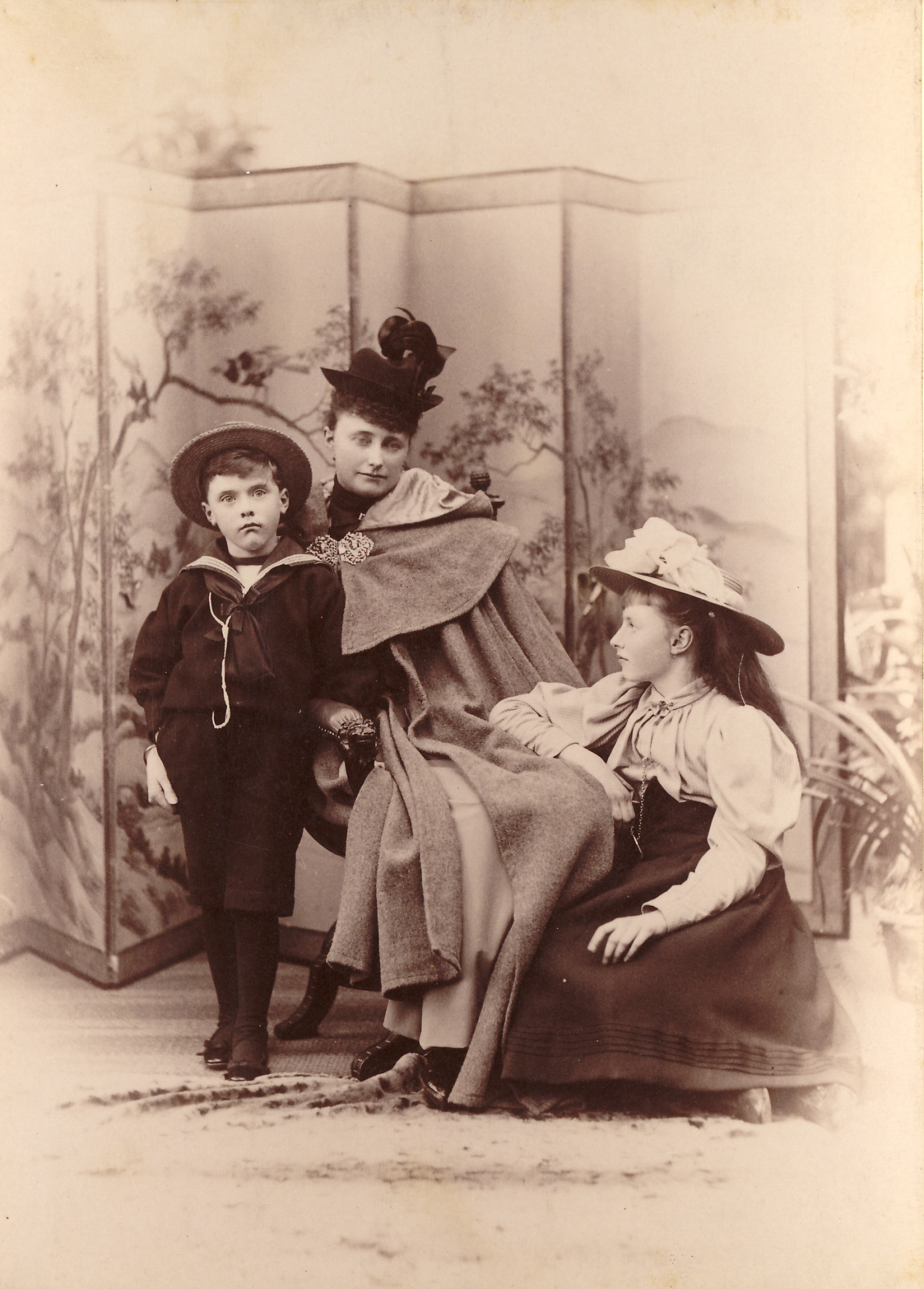 The 5th Countess of Harewood with her Children

The Countess wrote letters home to her children describing events on their trip and these are now an important historical source. An extract from one letter is pictured below and reads:

I went down to the market on Saturday. It was such a funny sight, all these black people dressed up so smart, and they do chatter so. They always talk English, but it’s very funny English. 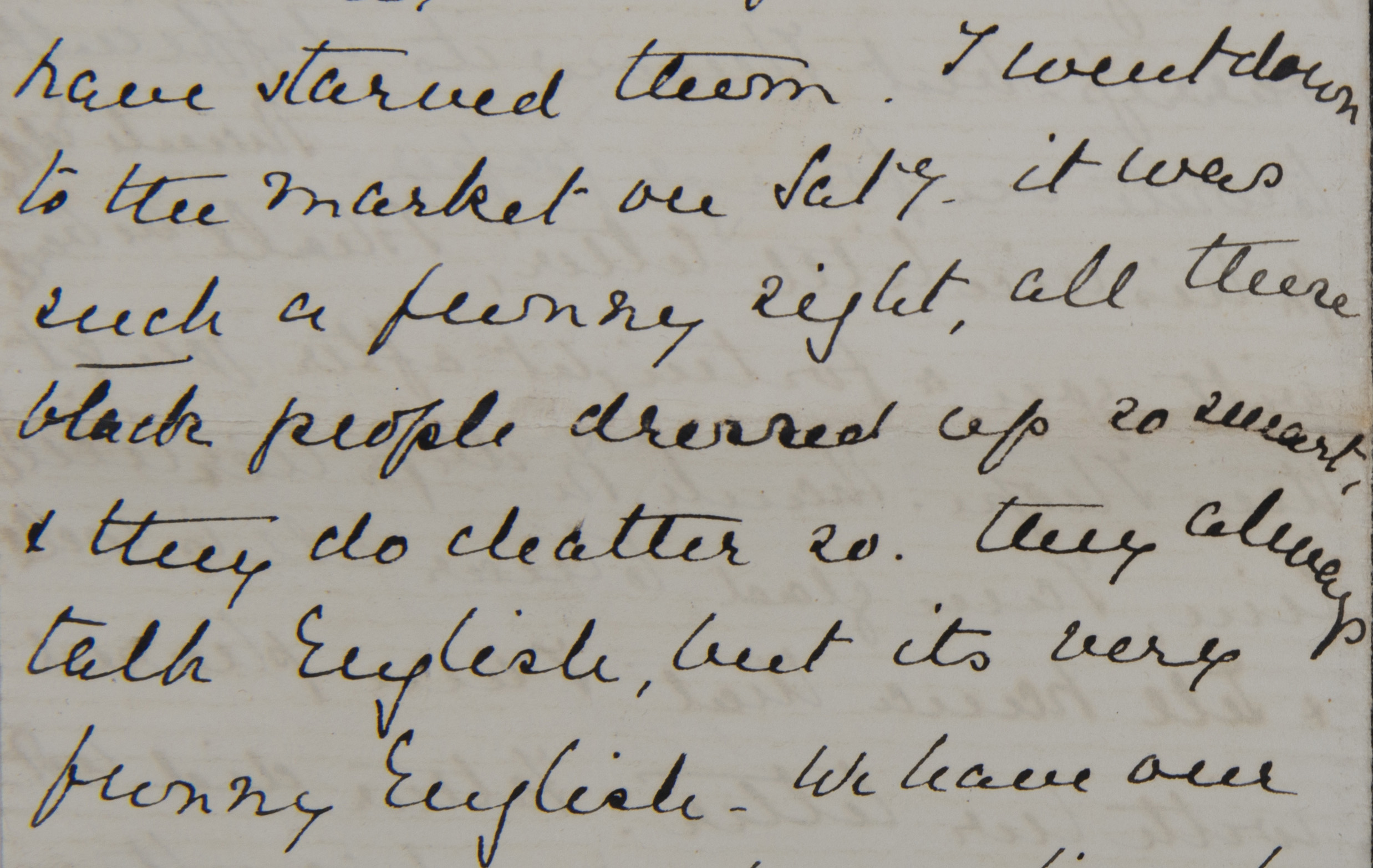 Extract from a Letter by 5th Countess of Harewood to her children, 1893

The language that the Countess uses to describe the local population is fraught with racial prejudice and gives us an insight into her views and attitudes towards Black people at the time.

It was during their 1893 trip to the West Indies that the Earl and Countess were first introduced to Bertie. We do not have any accounts of the meeting from Bertie himself, or his family. What evidence we do have comes from a memoir written by the Earl and Countess’ niece, Mary Lascelles and published privately by Smith Settle in Otley. We do not know how accurate the story below is. The quote below includes the word 'negro' a common term for Black people for a long period. Today however, in most contexts it is recognised as offensive.

That story, as we were told it, ran like this: when my Uncle Henry and Aunt Florence visited the West Indian estate in the early years of their marriage, an old negro woman ran after them and presented them with a very young child. Despite their remonstrances, she left the child with them and disappeared; so Bertie was brought up as a page in the household.

It is unclear to what extent the story recorded above is accurate, but we can use the evidence we do have to make a plausible theory as to why Bertie may have left St. Vincent to live and work for the Lascelles family in England.

Knowing St. Vincent’s history of colonial occupation, we can be certain that Bertie’s grandparents would have been enslaved plantation workers. The Slavery Abolition Act, passed in 1833 did not result in automatic equality between previously enslaved people and their former enslavers, nor did it come with any compensation for those who had been enslaved (compensation was reserved for the enslavers). We can therefore reasonably conclude that Bertie’s family would have been poor, or at least not wealthy. We also know that the economy of St. Vincent was struggling due to the slump in sugar prices and a lack of investment in both alternative industries and education opportunities. At the time that Bertie met the Earl and Countess of Harewood, these factors had combined to create high unemployment among the local population of St. Vincent, and low wages for those that were employed.

The reasons for Bertie leaving St. Vincent may therefore have been motivated by the financial opportunity the Lascelles family represented. It may have been felt that Bertie had a better chance of earning a stable wage in England and crucially, earning enough to be able to send money back home to help support his family in St. Vincent. Additionally, Bertie’s schooling would have included a heavy colonial bias. School pupils in British colonies were taught that the culture of Britain, the ‘Mother Country’, was superior to that of colonies. Bertie and his family might therefore have seen Britain as some kind of ‘promised land’ full of riches and opportunities.

Whether it was Bertie’s choice to leave, or whether his family made the decision for him, we do not know. Not having a record of Bertie’s voice leaves us with many questions. Some of these are listed below:

We also do not have a record of the Earl and Countess’ attitudes towards their employment of Bertie, which leaves us with more questions:

What we do know, is that in 1893, at the age of just 13, Bertie left his family, friends and his home on St. Vincent and sailed with the 5th Earl and Countess back to England and came into their employment at Harewood House.