Bertie’s Role as a Footman

Bertie served the Lascelles family as a footman, both at Harewood House in Yorkshire, and at the family’s London residence on Upper Belgrave Street. We know this through family memoirs, and also from census records from the time. In the 1901 census, Bertie (George Robinson) is listed as a footman at the London residence, and in the 1911 census, he appears on the records for Harewood House. 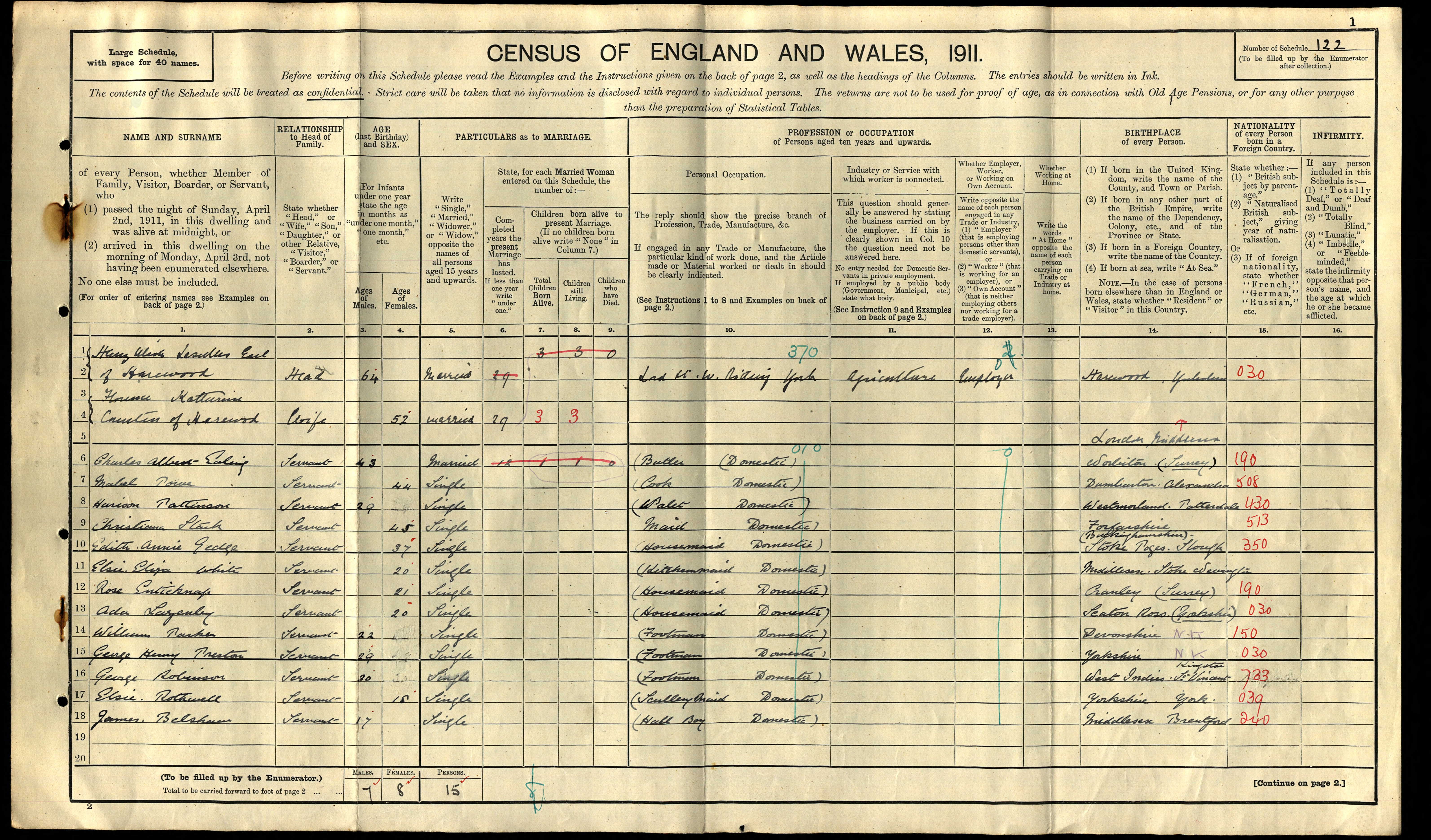 1911 Census of England and Wales for Upper Belgrave Street, London

As a footman, Bertie’s duties would have included serving dinner, attending to the needs of the family and any guests, and accompanying the family whilst travelling. He may also have cleaned boots, polished the silverware and carried coal for the house’s many fireplaces. As for all other servants, Bertie’s days would have been long, with very little time off. We do not know how much Bertie was paid, but records show that Harewood’s footmen working in the late 1800s earned £30 a year (equivalent to just under £3000 in today's money). 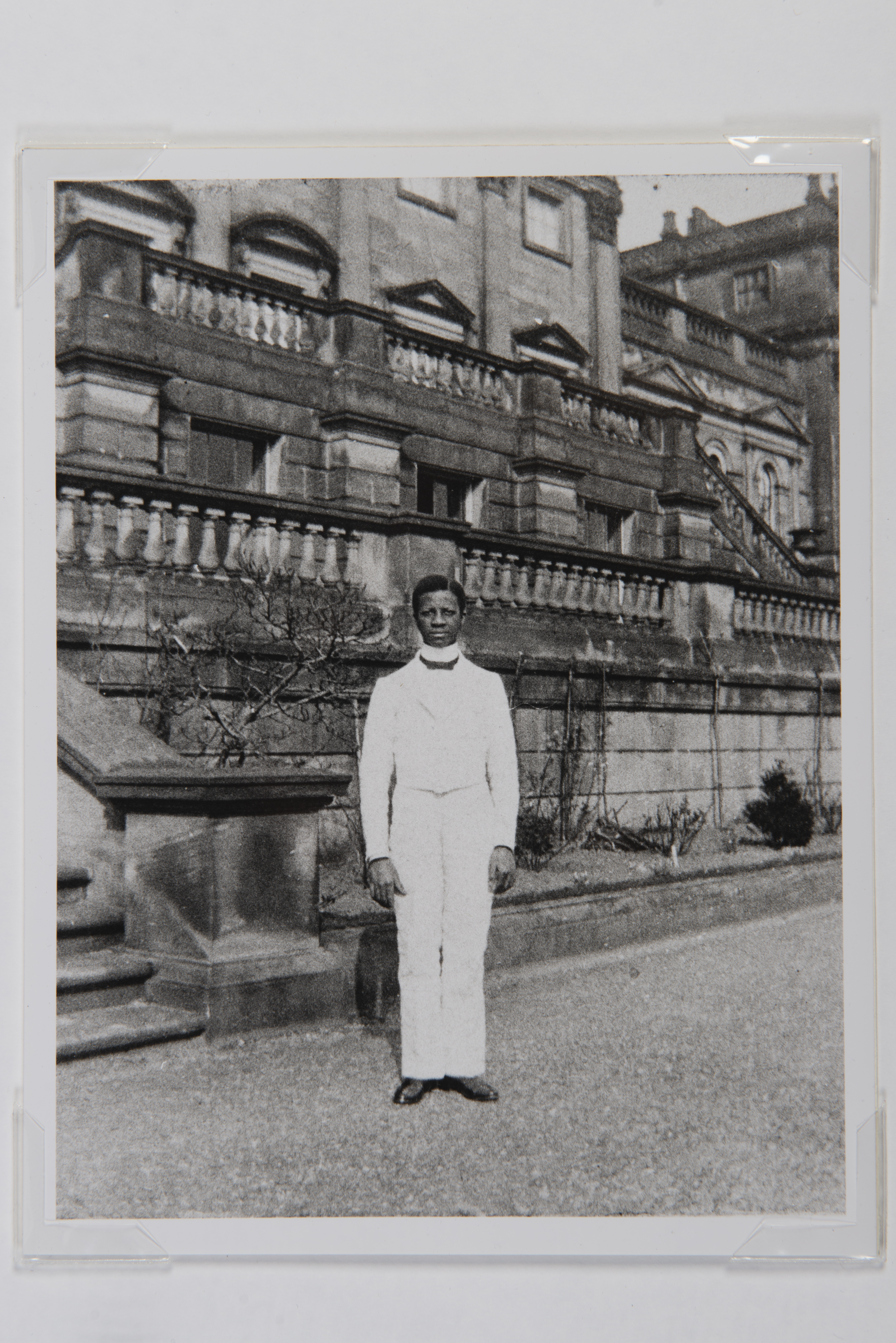 Being the servant who accompanied the family when out and about, part of the role of a footman was also to be a status symbol, a visible sign of upper-class wealth. Footmen would often be dressed in expensive livery (uniform) and it was common for their height and general appearance to be taken into account when being chosen for the role, with tall footmen being preferred. The fact that Bertie was Black, at a time when there were not many Black people in England, may well have added to his prestige as a family status symbol – he would likely have attracted attention and been a topic of discussion within the social circles of the Lascelles family, and beyond. 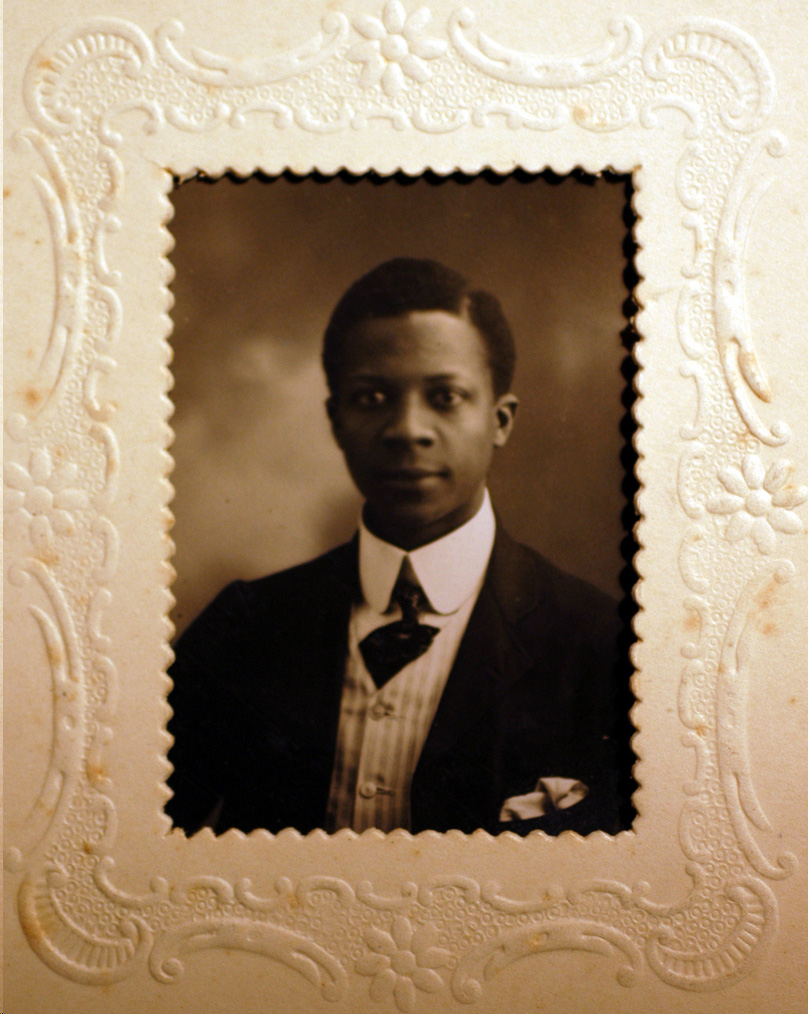 We are again missing Bertie’s own voice in his story, and so we can only try and imagine what he might have been thinking and feeling. He was a long way from home, separated from everyone he knew and living in a country with an unfamiliar culture and climate. Additionally, his place in society was of low status relative to his employers and like all servants, he was at the mercy of his employers in terms of keeping his job, and therefore food on his plate and a roof over his head. He would have needed to learn the social customs of both the upper class and the lower class very quickly in order to do his job serving the Lascelles family whilst also fitting in with the other domestic servants.

Bertie may have seen the benefits of his new position. He had a stable job, very likely earning significantly more money than he would have on St. Vincent so that he was able to send a portion of his wages home to help support other members of his family. He would have been relatively well-clothed and well-fed, which would not have been the case for the majority of the lower classes. Bertie had a roof over his head, with either a single or a shared bedroom in the House’s staff accommodation in the attics, and he would most likely have had access to a doctor if he needed one. Bertie was also being exposed to lots of different experiences – including life in the city of London, as well as in the country.

The fact that Bertie was Black was clearly central to how he was viewed. We have already seen from the Countess’ letters describing the local Black populations of West Indian islands that she held racial prejudices. The Earl had his too, as evidenced in the following extract from his diary in which he dehumanizes Bertie by referring to him as a ‘little creature’. 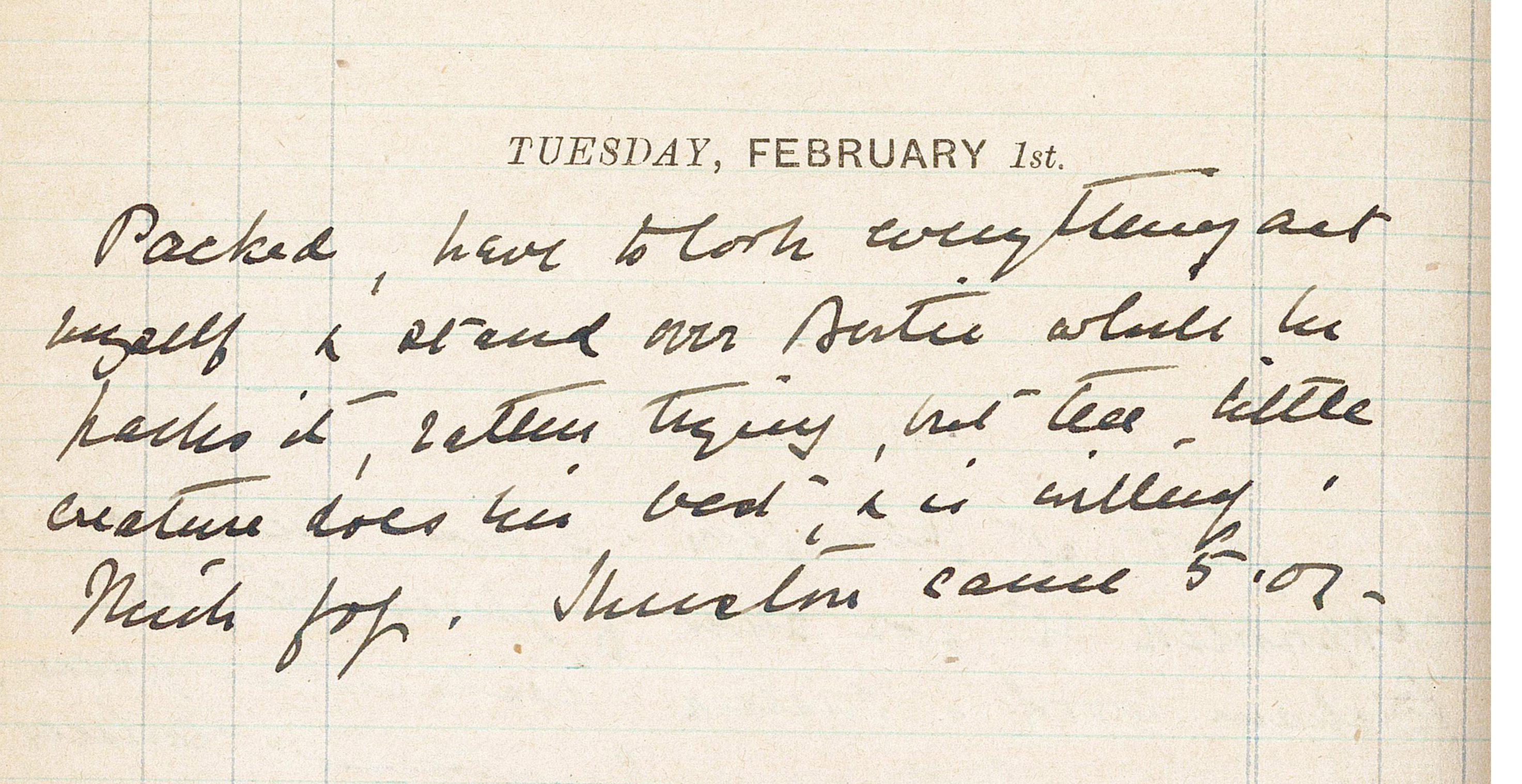 Extract from the 5th Earl of Harewood’s Diary 1921

The Earl wrote this diary entry in 1921, when Bertie had been with the family for 28 years and was 40 years old. The description of Bertie as a ‘little creature’ shows that the propaganda of the transatlantic enslavers that described Black people as infantile, as less than human, or as lesser humans to White people was still a major influence in shaping (White) people’s views of Black people. Its legacy can still be felt today.

Other written accounts also document the fact that the family were very much aware of the racism and discrimination that Bertie would have faced on a daily basis, and particularly from fellow domestic servants. One family member wrote:

Letters between the Countess and Bertie’s Mother

The archives at Harewood House contain several letters written by Bertie’s mother, Amelia Robinson, to the Countess. They provide us with insights into Bertie’s family’s life back in St. Vincent. 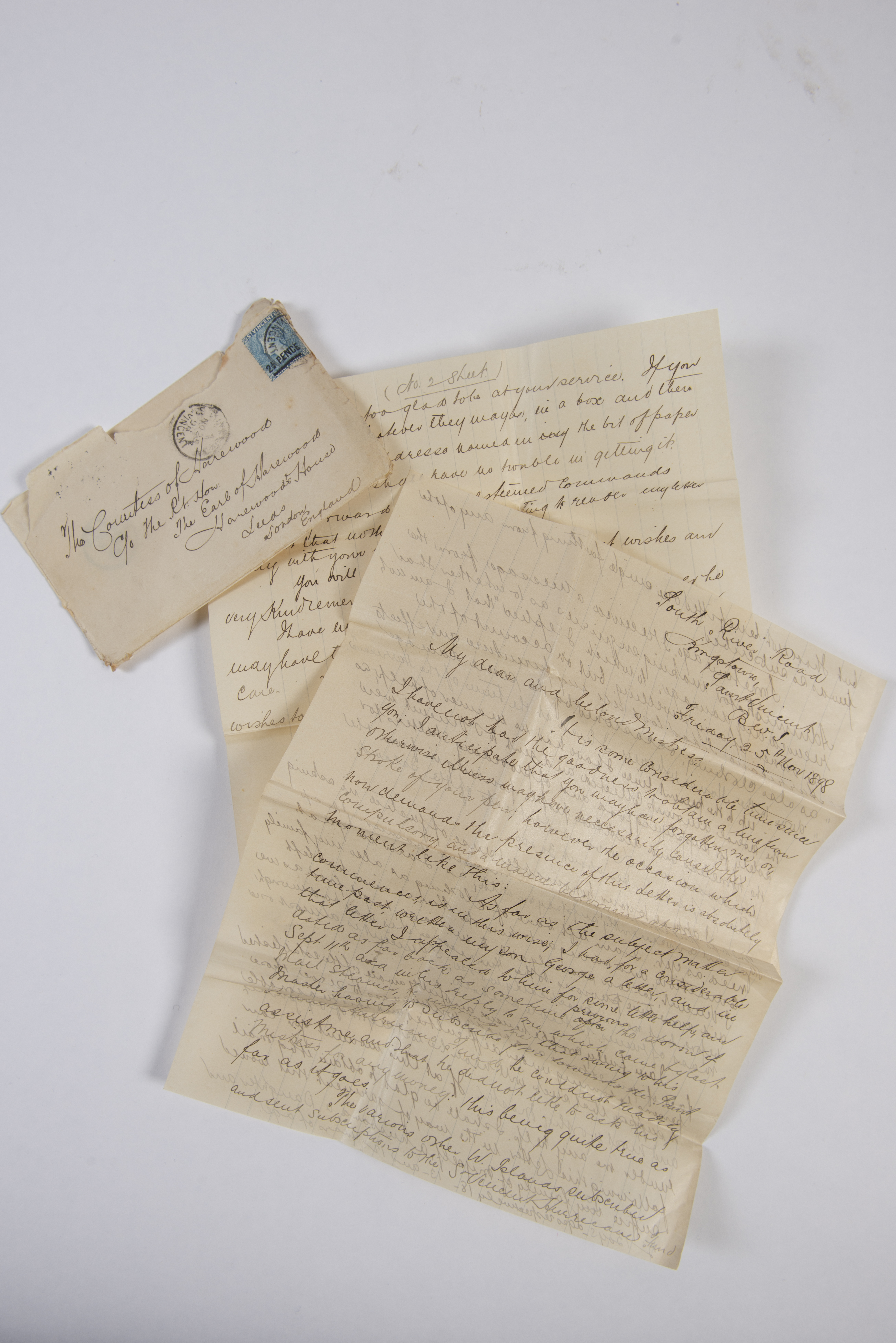 1898 Letter from Amelia Robinson to 5th Countess of Harewood

It is through these letters that we learn of the death of one of Bertie’s younger brothers and his father, the family’s financial struggles and the devastation caused by a hurricane on the island of St Vincent in 1898. We also learn that during Bertie’s service with the Lascelles family, the Countess continued to send gifts of money and ‘goods’ (probably clothes) to Amelia in response to her requests for help. The extract below is from a letter written by Amelia to the Countess after the death of Bertie’s father:

I must acknowledge with sincere gratitude your letter by last mail steamer, together with your donation of £1.

I cannot find words enough to thank you for your generous gift, and also the very kind words of sympathy you were good enough to give expressions'.

The letters paint a picture of a family living with continual and serious financial struggles, poor health, and unemployment, leaving them particularly vulnerable when for example, environmental disaster struck. In the late 1800s, £1 would have been worth more than today, especially for Bertie’s mother living in St. Vincent.

Amelia’s letters also tell of a mother missing her son. She repeatedly asks the Countess for updates on Bertie’s health and happiness and asks for her help in encouraging him to write more often and send photographs of himself.

The Lascelles Family's Opinion of Bertie

When Bertie was in his twenties a decision was made for him to return home and in 1906 the Earl and Countess once again visited their estates in the West Indies, taking Bertie along with them. Mary Lascelles writes in her memoirs:

'But, when he came to man’s estate, a decision was reached: he must return to his native island. (He was, I suppose, the only black man then in Yorkshire.)

'A voyage in the family yacht planned solely to take Bertie home is doubtless an embellishment; but it is certain that he was taken to Barbados, and there was a sad parting, for he was very likeable. But Bertie was resourceful: left to himself, he went to missionary headquarters and explained that, by some inexplicable oversight, the yacht had sailed without him. He was, of course, supplied with his passage money on the comparatively swift Royal Mail vessel, and was on the doorstep to greet my uncle and aunt on their return.'

This extract gives us an insight into how Bertie was regarded by the Lascelles family. In her writing, Mary describes Bertie leaving as ‘a sad parting, for he was very likeable’. For the Earl and Countess to feel sad at returning Bertie home he must have been a good footman, and he was evidently a likeable person. When they returned to England and found Bertie on the doorstep to greet them, the Earl and Countess took him back into service with them. This also suggests that they were happy, or at least, satisfied with his service, and willing to continue his employment. They did not order him to return to St. Vincent, or refuse to employ him again, which they may well have done had they not felt that Bertie was a good servant. The Countess also continued to write to Bertie’s mother, sending Amelia money, gifts and news of her son. 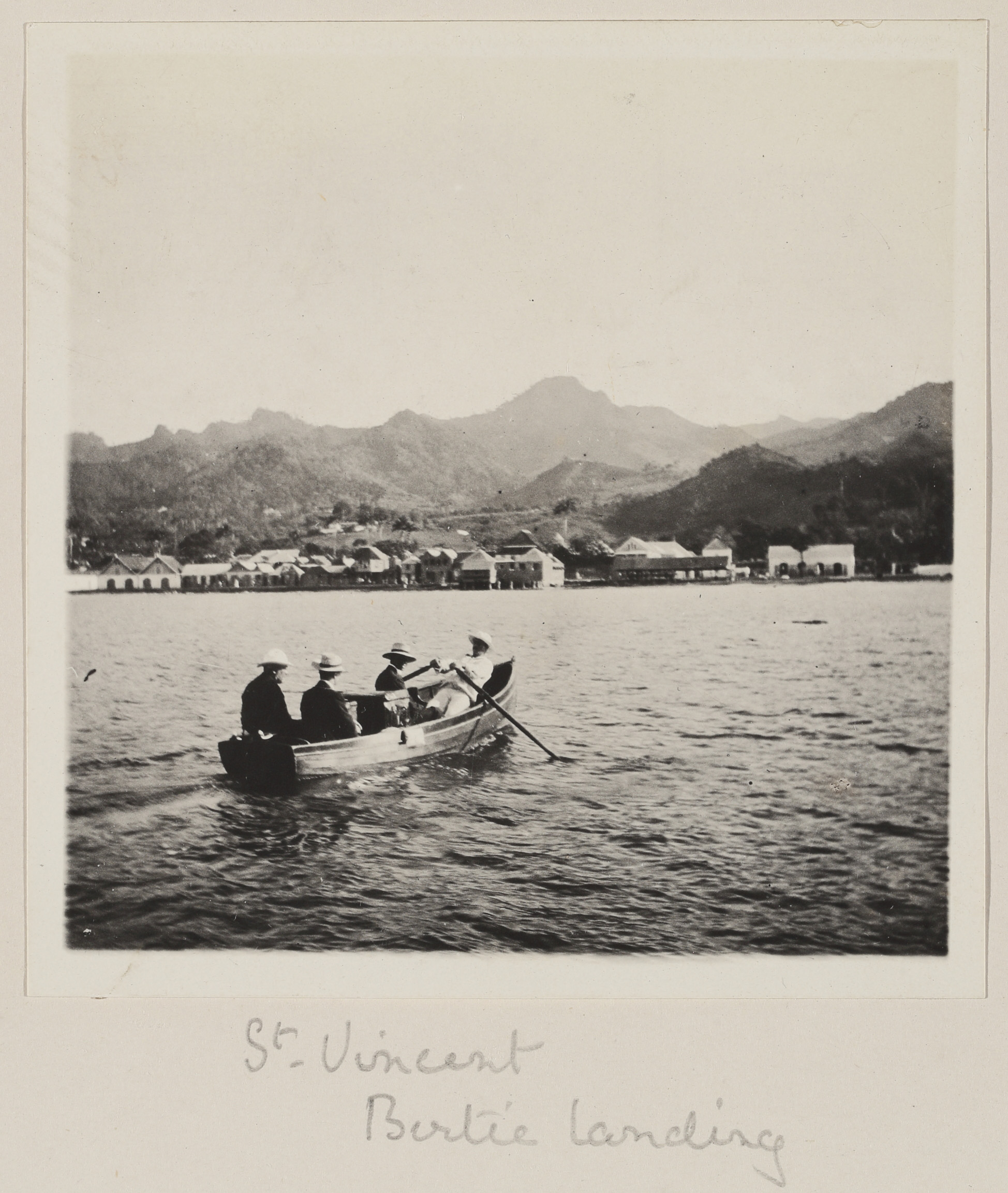 Through Amelia’s letters we also gain more indications that Bertie was very good at his job, and that in his role as a footman he was well liked:

'The tone and spirit of your letter dealing with the behaviour of George speaks in measured terms of the family generally, and only hope that he may so continue as long as he may be able… [It is gratifying] to know that his conduct with you is “second to none,” behaving so justly, and [that he has] wound himself round your hearts.'

How did Bertie feel he was treated?

With no records of Bertie’s to refer to, we are left to draw possible conclusions of how Bertie felt he was treated and pose questions to highlight the lack of information.

On being left to his own devices in St Vincent, Bertie left no time in securing a passage back to England, arriving before the Earl and Countess and being there to greet them on their return. This could indicate that he wanted to keep working for the Lascelles family, or at least that he felt that his situation at Harewood, the wage he received, the standard of living and the opportunities the position afforded were better there than his other options.

However, we know from social histories that racism was common in British society of the time and we have evidence that Bertie was subjected to this racism. Bertie’s experience of living in the ‘Mother Land’ may well have been very different from how he had thought it would be, based on his schooling.

The End of Bertie’s Time at Harewood