Whilst researching Bertie’s story for an exhibition at Harewood House, a remarkable event occurred; Bertie’s grand-daughter got in touch after researching her family history and finding the connection to Bertie and the Lascelles family. From her research, we now know that Bertie’s son, Bertie Robinson Wray was born on 21 July 1921. He was born at Ribston Hall and would have been one year old when his father left for Trinidad. Bertie Wray was informally adopted at a young age and he grew up knowing very little about his birth parents. He served in the RAF during WW2 and raised his own family. His descendants still live in Yorkshire and are hoping to continue their research to find out more about Bertie Robinson’s life after he left Harewood, as well as their ancestors from St. Vincent.

Today, Harewood House Trust and the Lascelles family are committed to understanding, acknowledging, and sharing Harewood’s history and its links to the transatlantic trade of enslaved Africans. The Trust aims to make all visitors to Harewood feel welcome and to represent diverse communities; in Autumn 2020, the Trust established three working groups (titled ‘People’, ‘Place’ and ‘Programme’ respectively) to continue to address its commitment to equality, diversity and inclusion across every area of the organisation. With input and support from external partners, work is underway to review and improve the permanent interpretation of Harewood’s history and collections, to ensure it not only addresses Harewood’s past openly but also broadens the narratives shared with visitors. The Trust and the Lascelles family also continue to collaborate on artistic projects and partnerships that shine a light on Harewood’s past, as well as celebrate the positive activity that has grown out of its legacy. This includes iconic projects of the past such as Geraldine Connor’s Carnival Messiah and the foundation of the Leeds-Based charity, the Geraldine Connor Foundation, which brings together communities through arts and culture. More recent programming at Harewood has included the first Harewood Black history walk, A Storm at Harewood, produced by Heritage Corner, and the inaugural Craft Spotlight exhibition featuring works by glass-blower Chris Day, with pieces inspired by Harewood’s colonial past and other Black histories.

Harewood House Trust is an educational charity set up to share Harewood’s story, to listen, to learn and to enrich people’s lives using its collections and surroundings as a means of creating a better society today. Find out more about Harewood’s commitment to building a fairer, equal future in Supporting Links.

The Long Tail of Colonialism in St Vincent

Under its colonial occupiers during the 17th and 18th centuries, St. Vincent was set up as an agricultural economy, with profits exported along with the sugar crops. The economic struggles in the aftermath of emancipation were exacerbated by natural disasters such as a hurricane in 1898 which caused widespread destruction and devastation. Just four years later, the volcano that forms the island erupted, causing further loss of life and displacement of people. 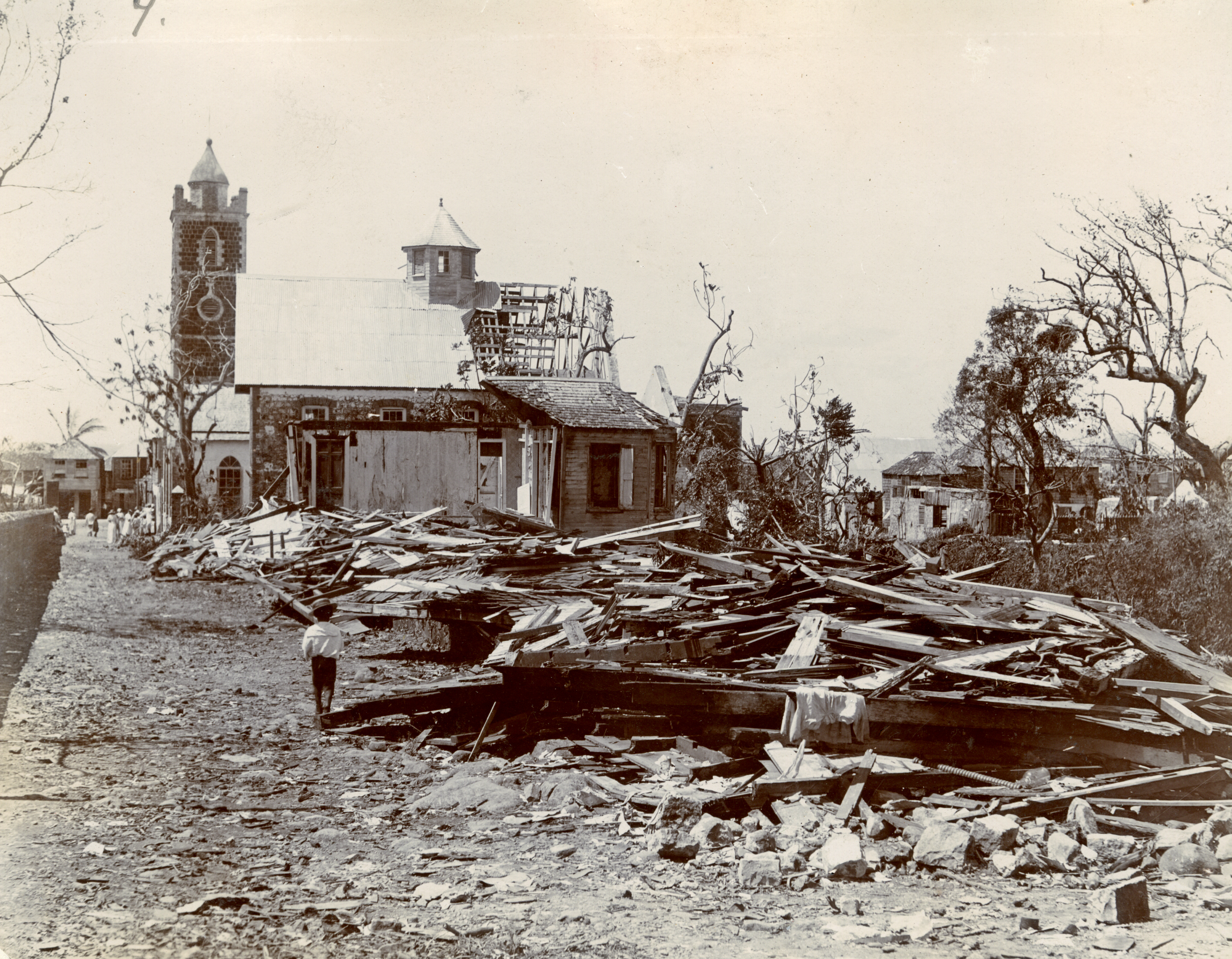 Destruction on St. Vincent Caused by Hurricane in 1898

St. Vincent gained independence from Britain in 1979, and the legacies of colonialism and the trade in enslaved Africans are very much part of reality for Vincentians. In 2015 the population numbered 110,000 with approximately 66% of people being of African descent, 19% of mixed heritage, and the Carib making up only 2%.

Today, agriculture is still the biggest part of the island’s economy, with the export of crops such as arrowroot and bananas accounting for a large percentage of St. Vincent’s income. In more recent years, the island’s tourism industry has developed to also become an important income generator. Both of these markets are vulnerable to external forces, such as natural disasters. Access to education remains a problem for the poor and unemployment is high, resulting in large numbers of Vincentians leaving the island to search for work abroad.