The skills, service and history of being a Girl Guide
View resources Teachers notes Share View related stories
Add to board
Previous section
Identifying Service: A World of Badges

Active Service by the Girl Guides in WW2

How the Girl Guides Helped in the Wars

There are many stories of what Guides achieved during the Wars, this chapter outlines just a few examples from WW2.

No one knew why they were suddenly asked to collect 5,000 cotton reels as quickly as possible, and no one asked why either, but the Brownies got busy collecting. After the war it was discovered that the 15,000 cotton reels actually collected were given to MI9,  the Military Intelligence Section 9,  a highly secret department of the War Office that operated between 1939 and 1945. The cotton reels had miniature silk maps, microfilm of contacts and German paper money hidden in them to help Royal Air Force prisoners of war escape! 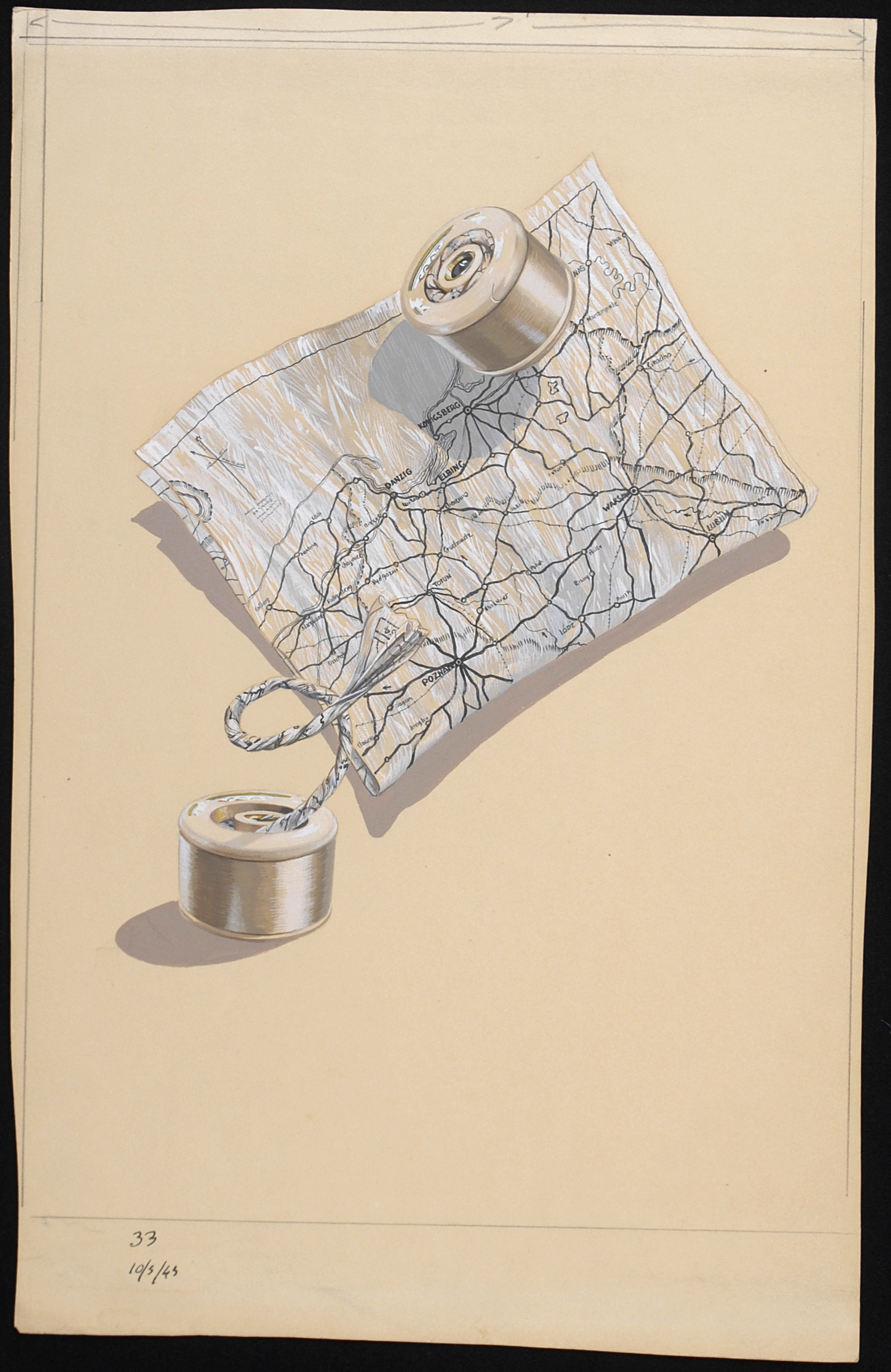 Rose hips were collected in the countryside to be made into vitamin-C syrup; they were sold to the Ministry of Food. 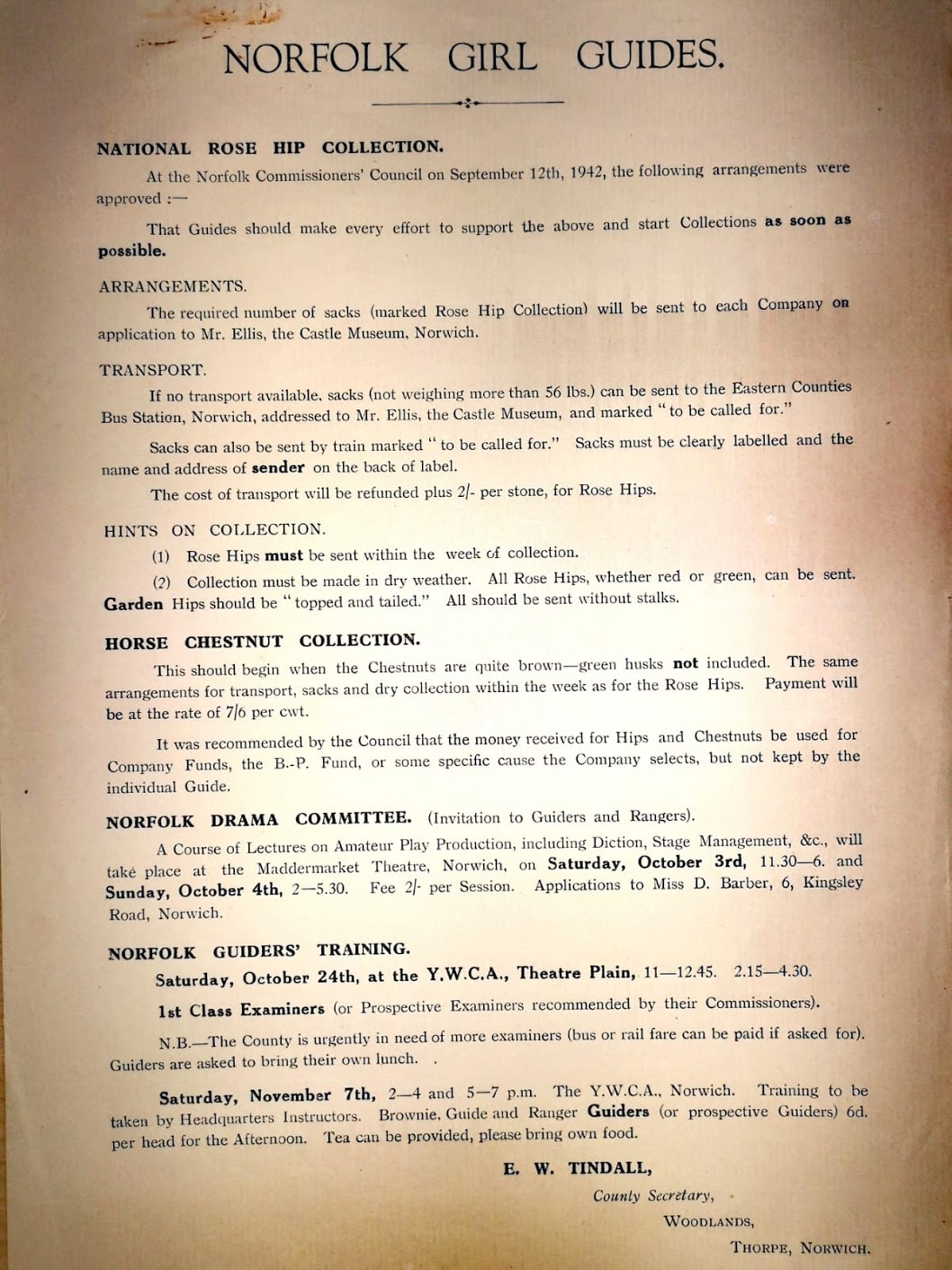 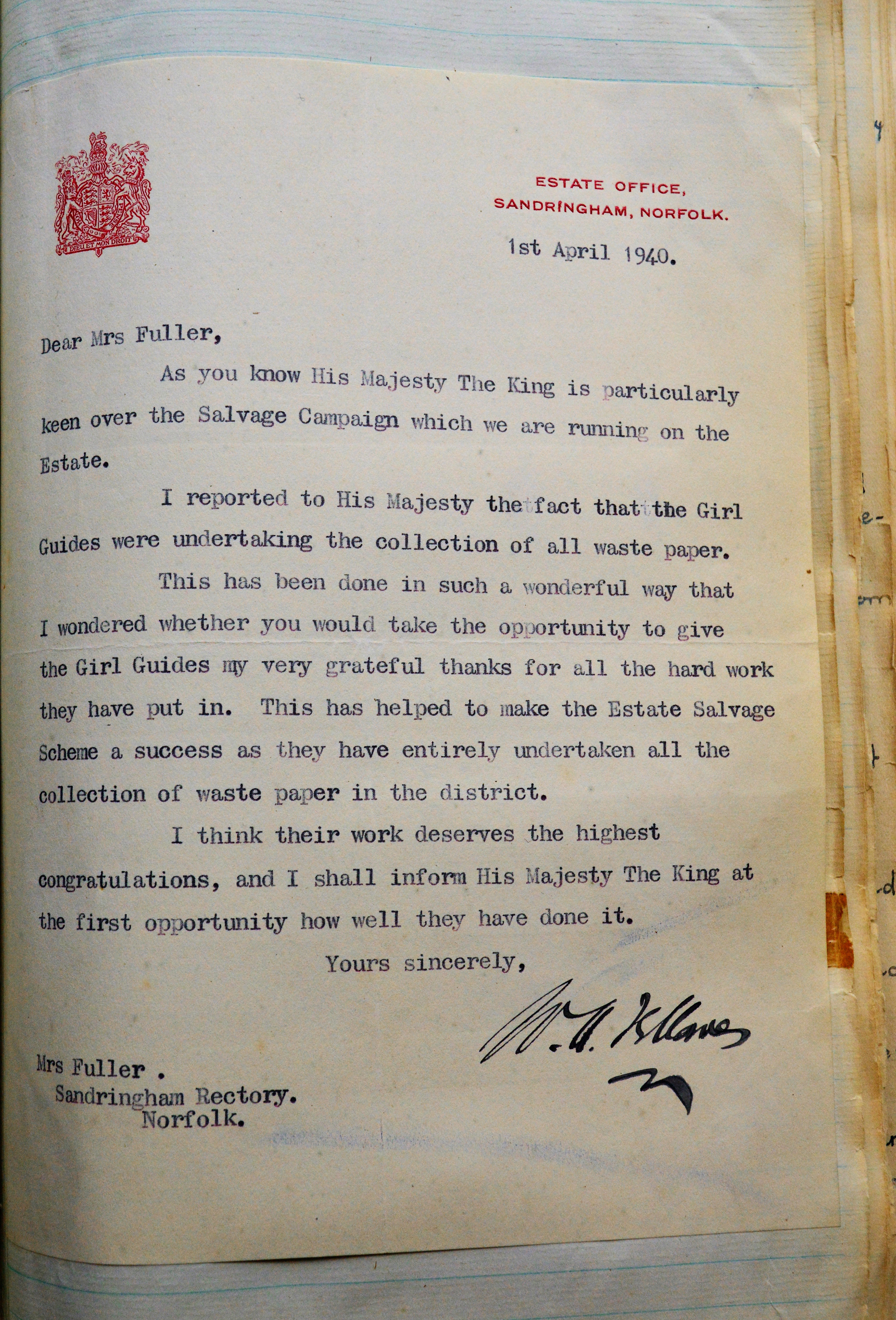 Letter of Congratulations for Salvage Work During WW2

'How the Girl Guides Won the War'

A lot of research on this topic has been done by Janie Hampton, whose intention was to write a book to celebrate the centenary of Girlguiding in 2010. Her thoughts were that she would write a satire on Guides and Brownies, making fun of the songs and expressions they were known for, including Ging-gang-goolie and Dib-dib-dib. However, once she got involved in her research she was amazed to learn how very important the role of the Girl Guides had been in 20th Century history. Just a few of the highlights from her book 'How the Girl Guides Won the War' are here. 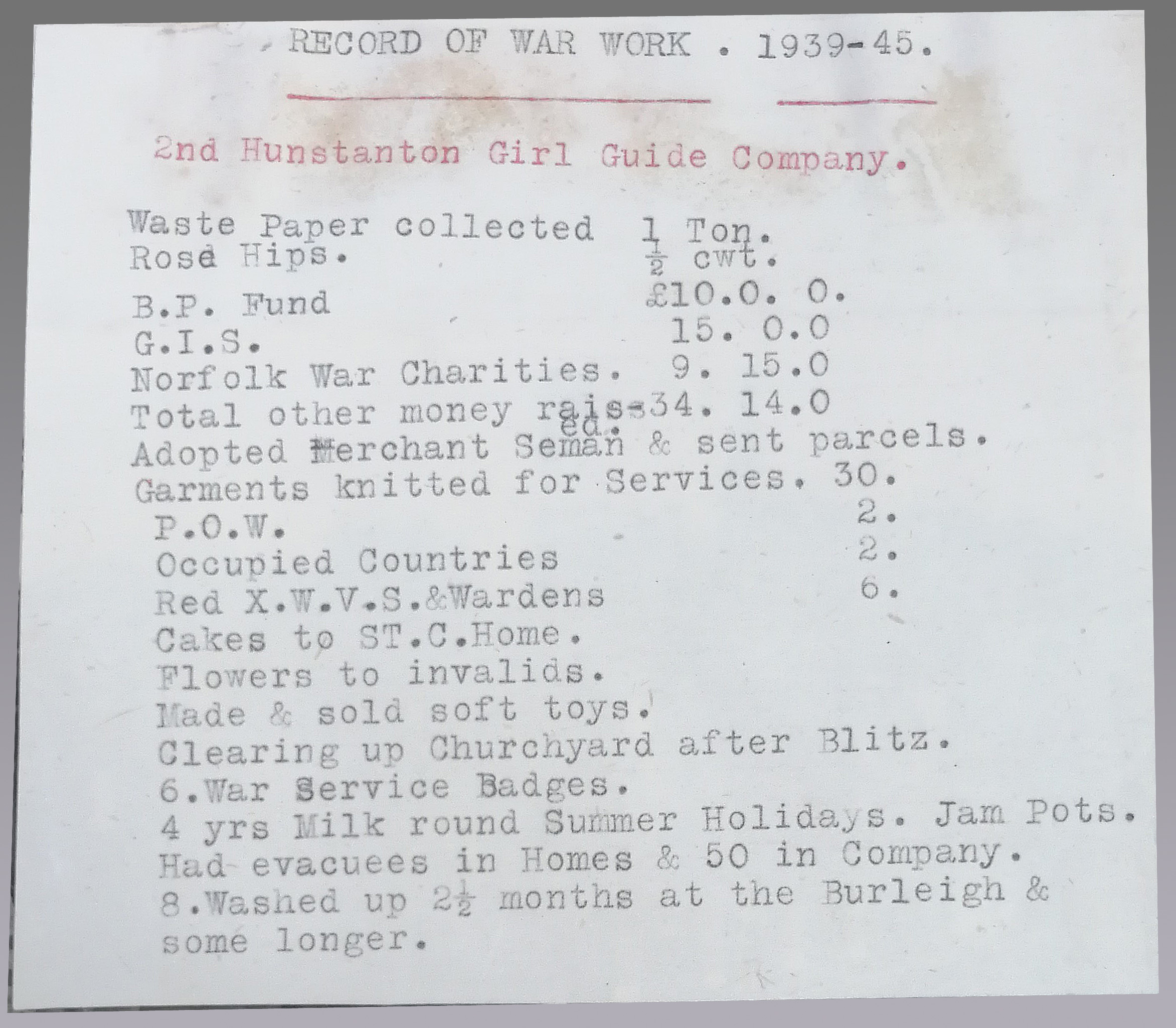 The Girl Guides were very active during the war doing a variety of tasks to contribute to the war effort. Leaders left the girls to get on with their guiding as they took on more responsible roles in the workplace, often previously done by men.

However, as early as 1941, the importance of not just winning the war, but also winning the peace was realised. Mrs Mark Kerr, a leading Guider, wrote a letter in “The Guider” magazine asking Guides and Guiders for ideas for post-war relief work. 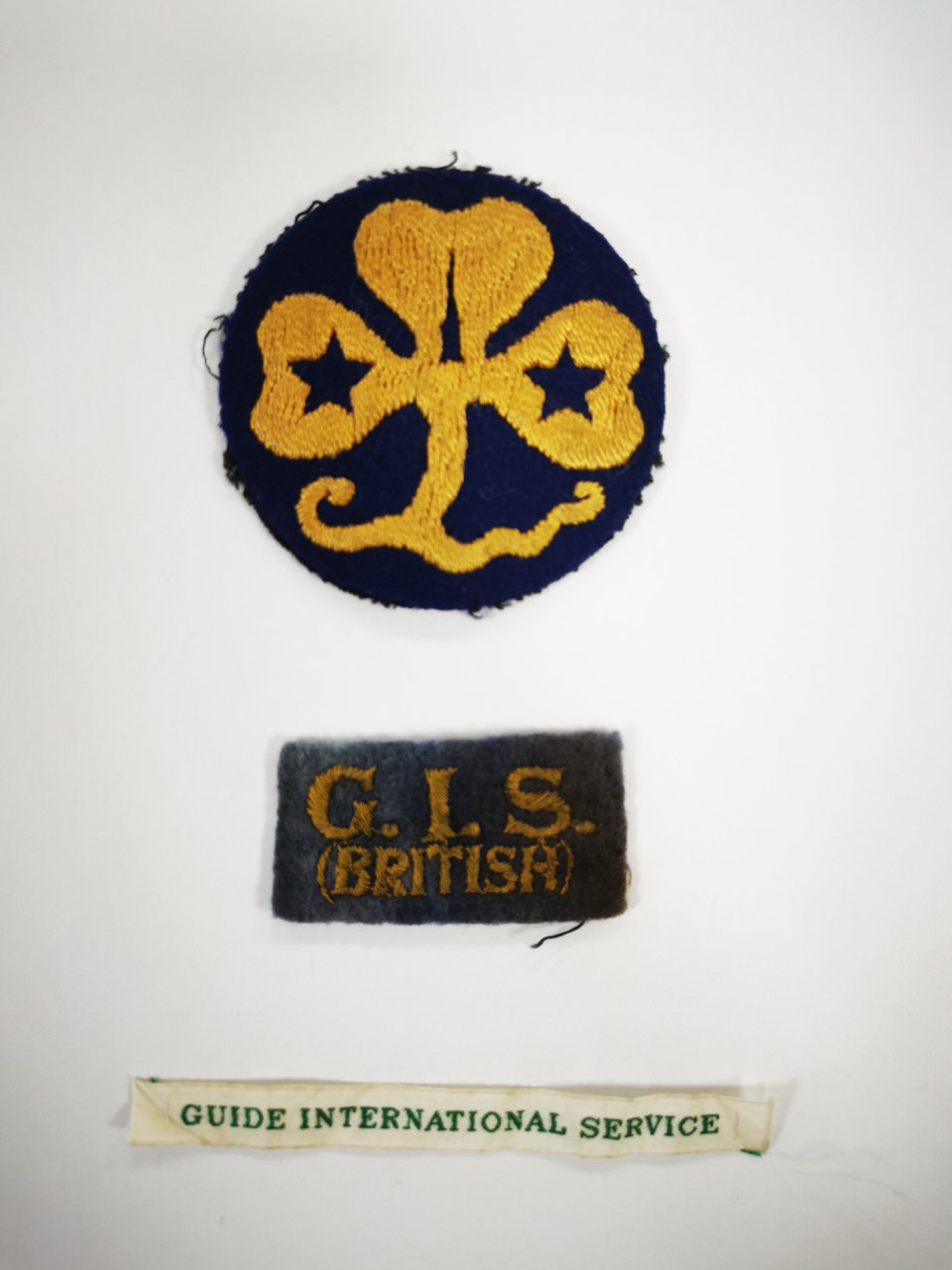 In April 1942 these ideas led to the Guide International Service (GIS) committee, and the GIS became a member of the Council of British Societies for Relief Abroad (COBSRA). Volunteers were now needed.

They had to be over 21, an experienced camper, used to working with children and adolescents, a “Jack of all trades and master of at least one” and hold a driving licence.

Training was harsh and included camping in mountain areas in mid-winter, transporting supplies over rough terrain in a trek cart, cooking in all weathers, meeting and dealing with all sorts of people and tackling emergencies. 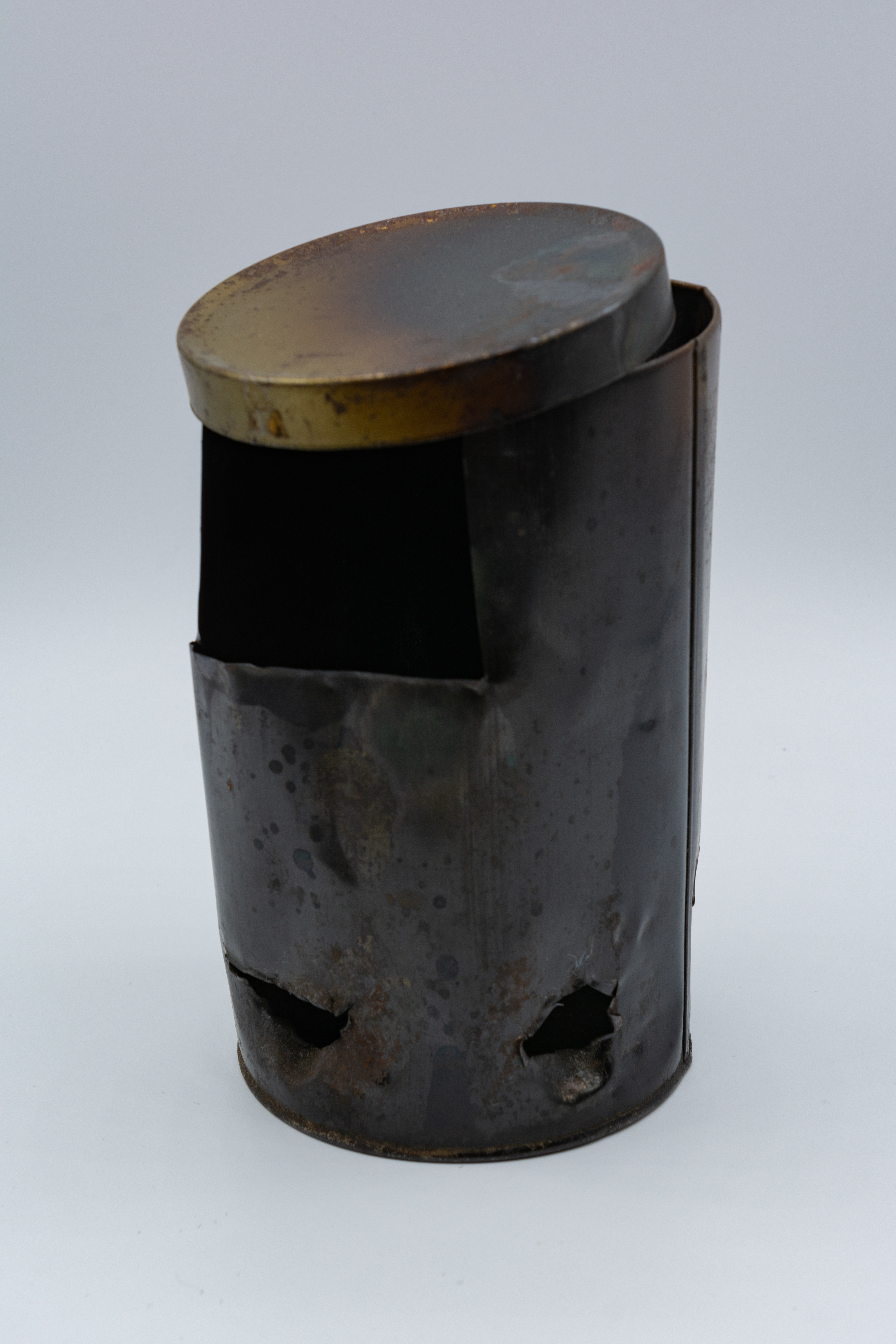 The Guides also had to attend lectures on culture , conditions and languages of countries they were likely to be sent to. 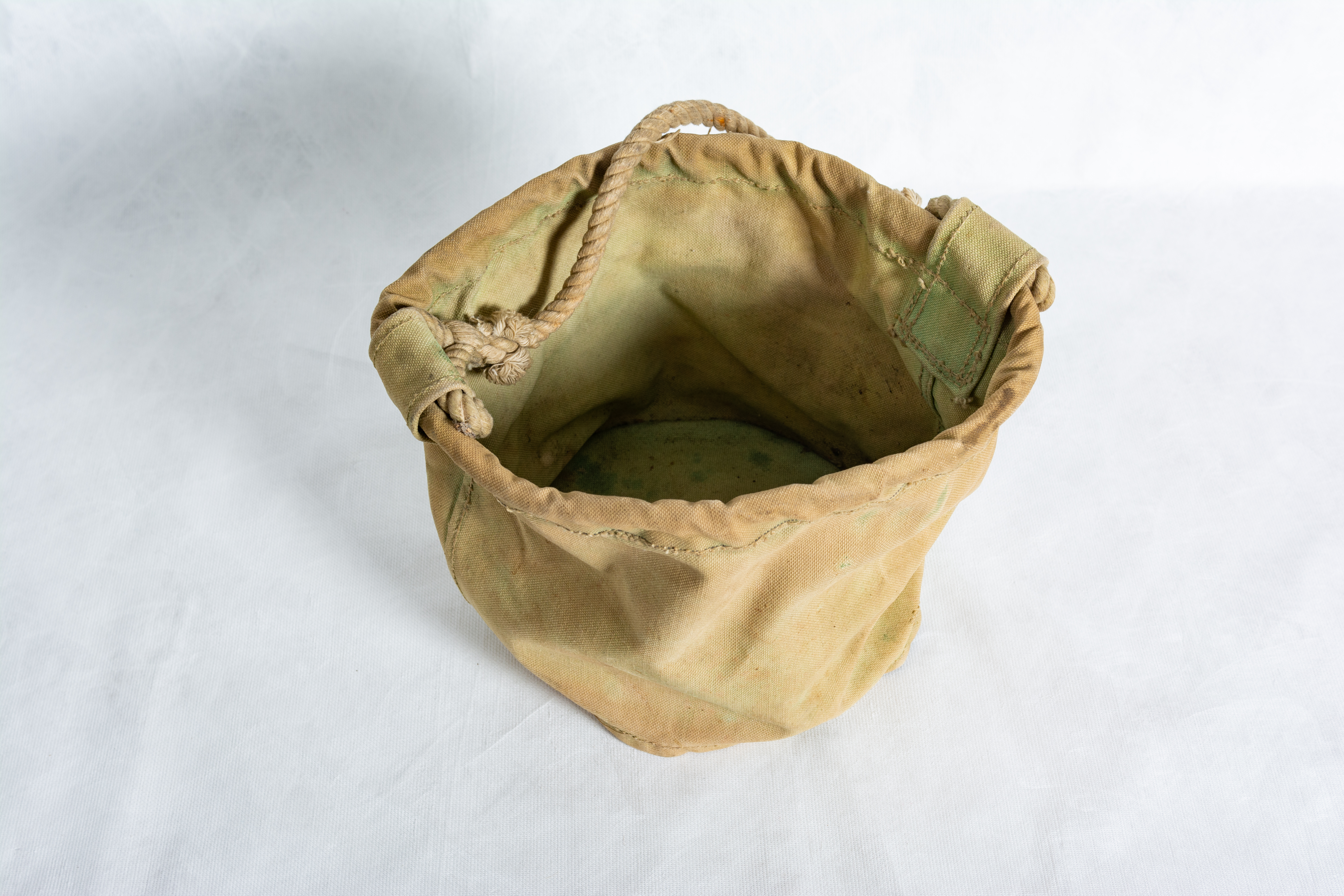 Every team leader also had to take a course in truck driving and maintenance. 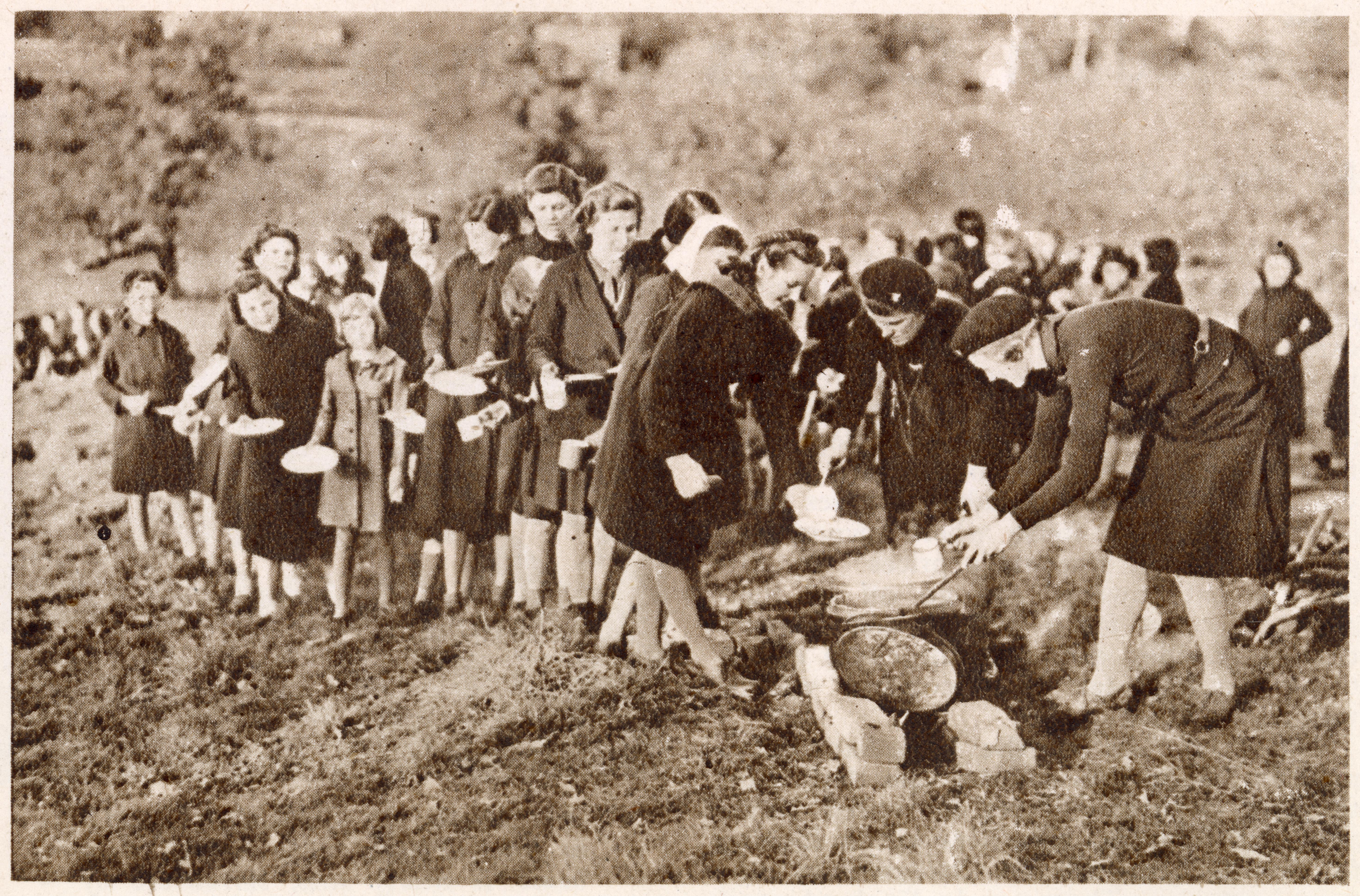 Fundraising to support this project was essential and it gave the Guides another opportunity; for the first time International relief work was funded almost entirely by children from 39 countries. By April 1945, £120,820 had been raised (equivalent to approximately £4,300,000 today). Regular appeals throughout the years added to the work completed in the field.

Now, ready for action in their khaki uniform and wearing the widely recognised gold World Trefoil badge, all their kit assembled, the first GIS team left in late 1944.

They set up a camp for Greek refugees on the shores of the Red Sea, then moved to Athens, helping with the exchange of prisoners and the distribution of clothes. 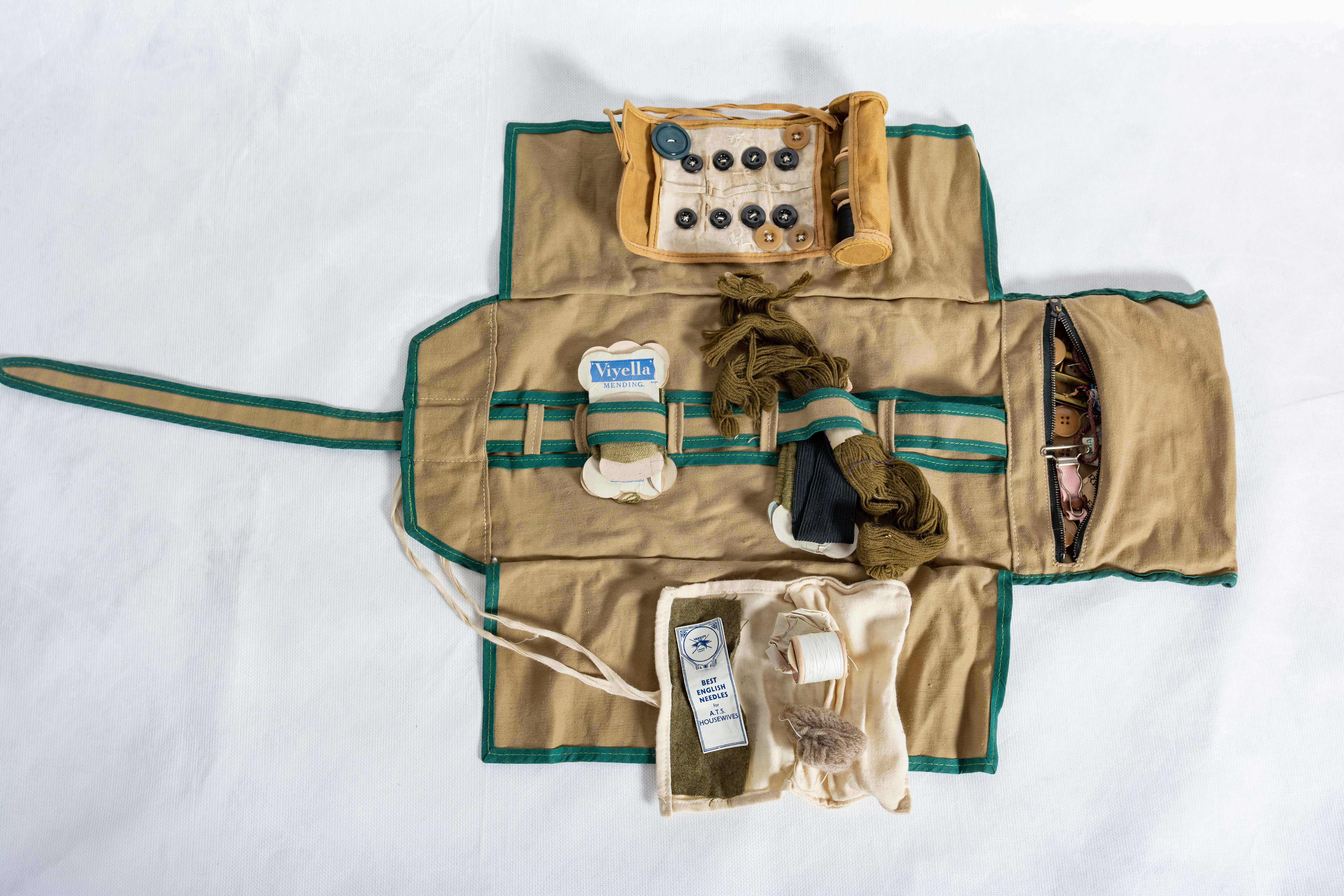 The Guide leaders were among the first to enter Belsen Concentration Camp in Germany.

In Germany they helped with the repatriation of foreigners and worked with displaced persons and organised countryside holidays for children living in bombed out cities.

By December 1946, there were 108 GIS volunteers in the field, and this continued until 1950. The last three volunteers, including Sue Ryder, went home two years later. Although the GIS office officially closed at the end of 1952, volunteers continued to support 1,500 refugees left in Germany. 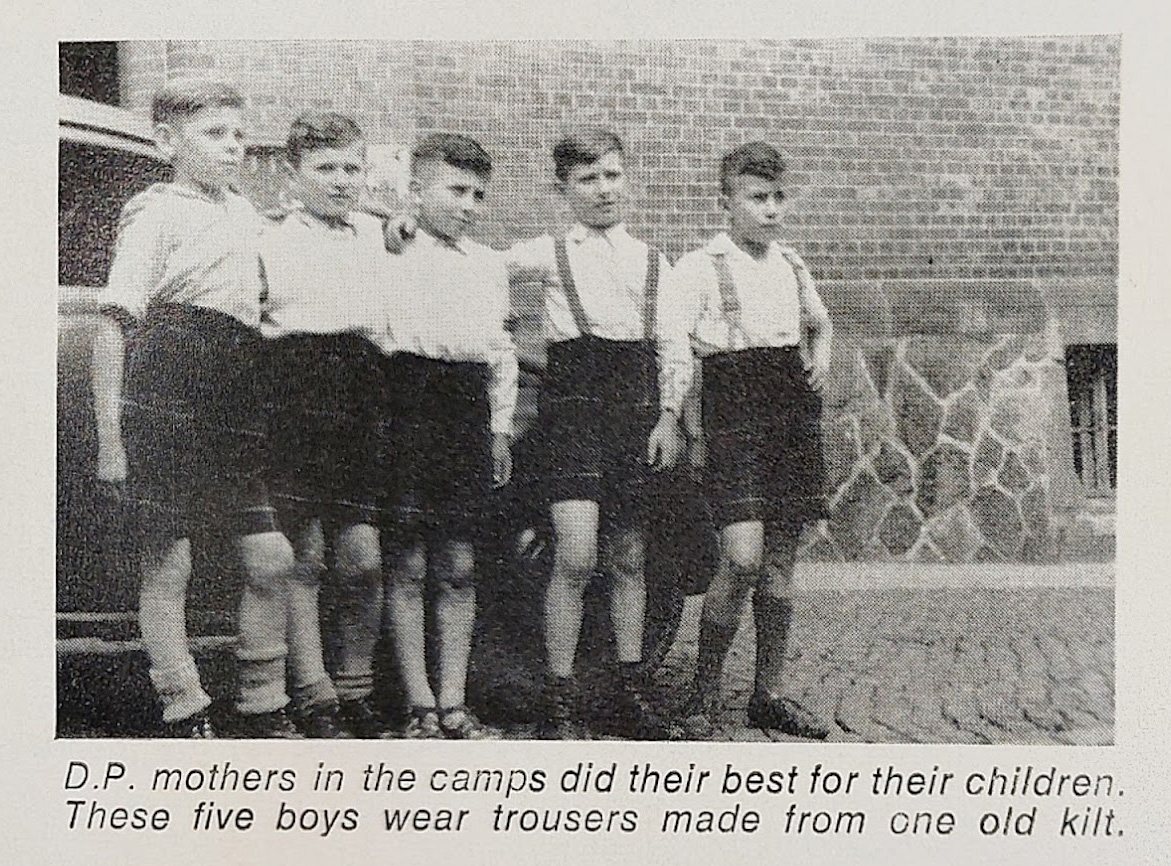 Boys Wearing Shorts Made From a Single Kilt

Centenary – 100th anniversary of an event.

Council of British Societies for Relief Abroad (COBSRA) – formed in 1942 to co-ordinate efforts of voluntary groups.

De-lousing – to get rid of lice and other parasitic insects.

Displaced person – someone who is forced to leave their home country because of war or persecution, a refugee.

Guides – name given to young members of age 10-16 (at that time) of Girl Guides Association.

Guiders – name given to leaders of Girl Guides Association.

Relief work – assistance, such as money, food or shelter, given to, in this context, victims of war.

Repatriation – to return someone to their own country.

Satire – writing which holds up human activities to ridicule or scorn.

Trek cart – a means of transporting a load, which was either pulled or pushed, possibly also using a rope.

Service by Royalty with the Girl Guides