The Mystery of the Hallaton Helmet

Amongst the other items found with the Hallaton treasure was a Roman parade helmet which was found buried with hundreds of coins and pig bones, probably around the 50s CE. 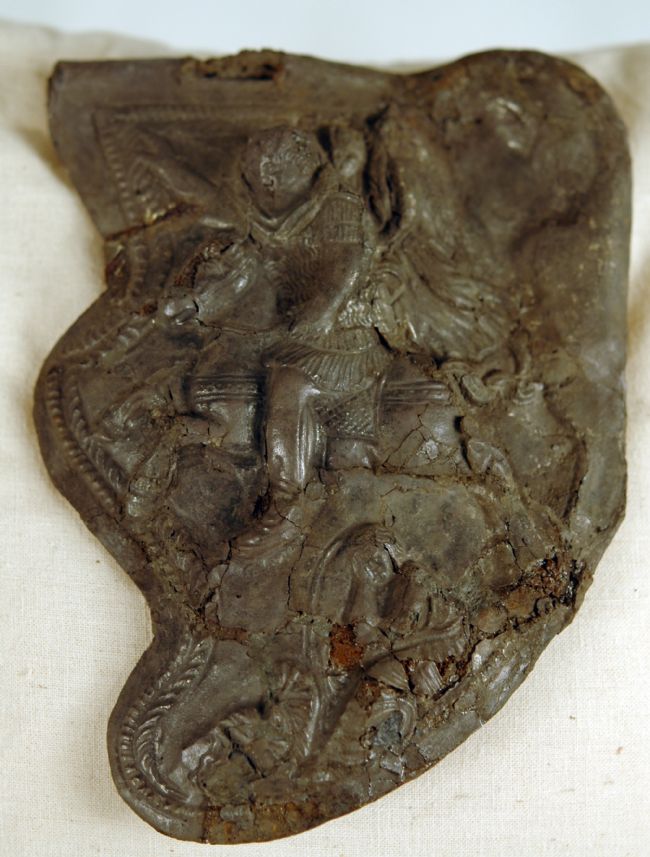 At this time the Romans had already conquered the south east of Britain. So what was a Roman helmet doing on an Iron Age British site? It's time to turn detective and try to solve the mystery. 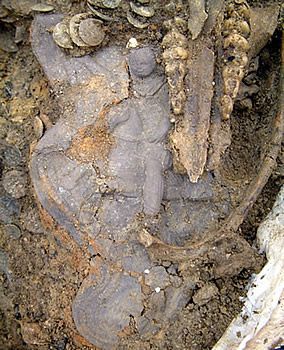 Read through the evidence below, then the possible theories about how the helmet came to the site before choosing which idea you think is most likely. Explain your answer.

There are a number of ideas about how the helmet came to the site:

Thousands of coins found at Hallaton