As cities expanded due to the Industrial Revolution so also did traffic and people movement. Hull's port was becoming involved in world wide trade and its traffic expansion grew by 130% between 1862-1882. Crossing by ferry was slowing down the speed of transporting goods to the south of the country meaning Hull could be losing out on possible trade.

The Humber had provided a defence to the area throughout history, mainly during the Anglo-Saxon period amongst the warring tribes. Now however the river was working against those on its north banks.

A tunnel was suggested in 1872 but failed to emerge due to technological difficulties.

In 1883 the idea of a bridge was put forward so any local fishing trade and their economic reliance on the river upstream would not be effected.  However any idea being put forward failed for one reason or another and in 1931 the idea of a multi-span toll bridge failed once more due to the international financial crisis. 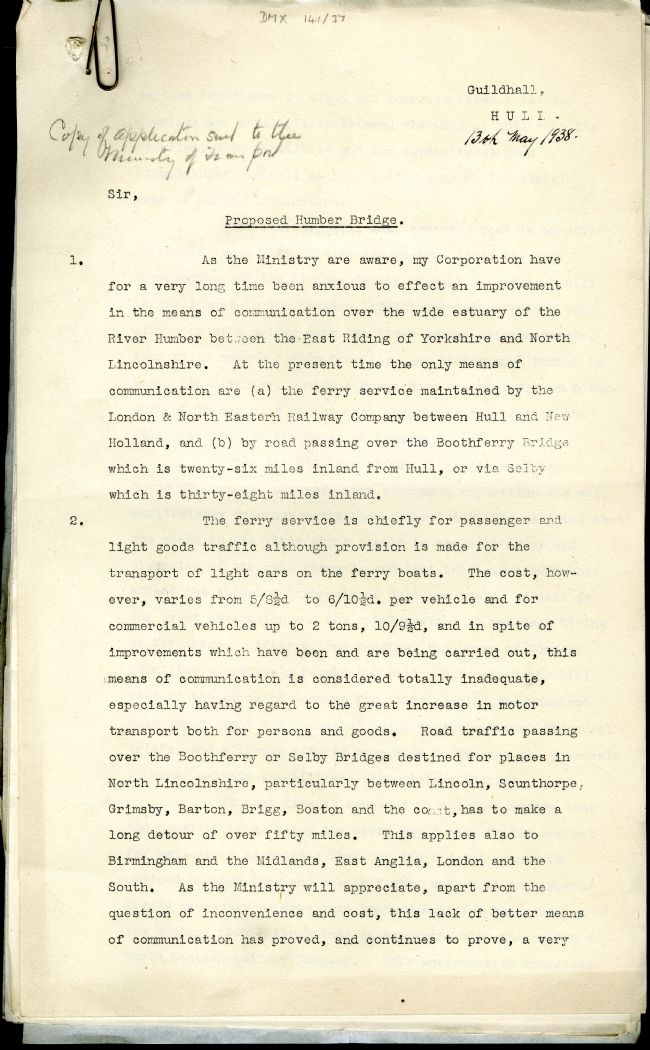 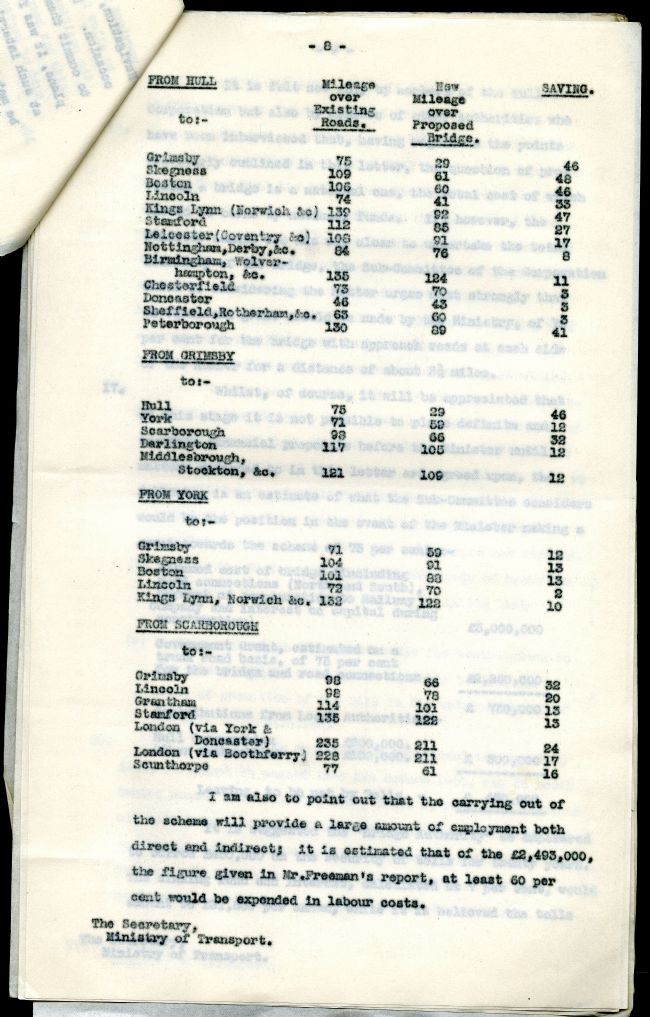