What the Humber Bridge has achieved

Once completed and opened the bridge achieved the opening up of both social and economic benefits.  Now two areas of England, which at one point were cut of by geography now were joined, improving communication enabling the area to grow via improved commercial, industrial and tourist development. 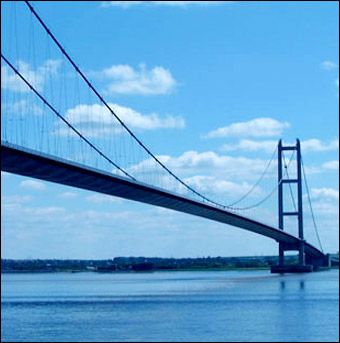 The Humber Bridge has now saved  business, local residents and holiday makers thousands, if not millions, of miles every year!  In 2006 the bridge was carrying an average of 120,000 vehicles a week.

The ancient barrier that conquered Saxon tribes has now itself been conquered!