The site of the Hull and East Riding Museum/former Corn Exchange was originally a Customs House. Here close to the overcrowded staiths of the first port of Hull, customs and excise men tried to assess cargoes for the payment of duties. 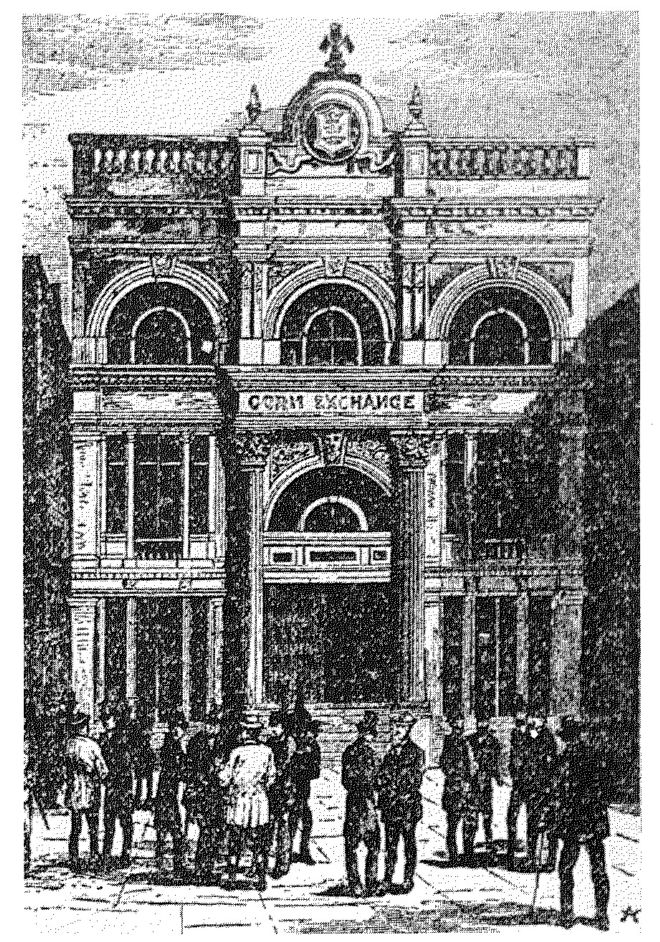 The Corn Exchange in Hull

As the ships in the haven of the River Hull were often triple and quadruple banked, checking the cargoes was very difficult. Hull was notorious for not paying custom and excise duties.

In 1856, 36 High Street became the site of the Hull Corn exchange. It was designed by Bellamy and Hardy of Lincoln. Its massive stone frontage is embellished with a bearded mask above the arch, supported by Corinthian columns; with architectural implements and harvest motifs carved on the entablature. The gates were cast at Joseph Wilson’s Victorian Foundry in Drypool. 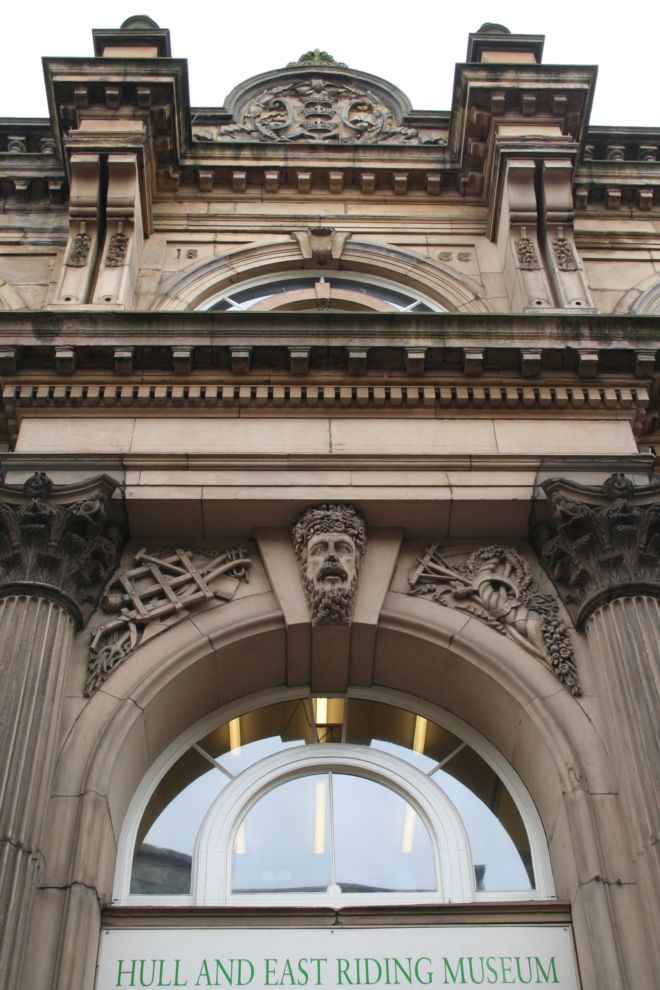 The Hull and East Riding Museum

By the late 19th century the Corn Exchange was underused and the building opened as a museum of commerce and transport in 1923, becoming the Hull and East Riding Museum in 1991.