Humber Regiments on the Western Front

Many of the regiments raised in Hull, the East Riding and North Lincolnshire served on the Western Front. Private Charles Johnson (whose 1915 diary is available to download from 'Resources') served in France with the East Yorkshire Regiment. Sydney and Arthur Markham, brothers from a farming family in Roxby, North Lincolnshire, both served in France. Their story is told in this short film:
War Stories: Arthur and Sydney Markham 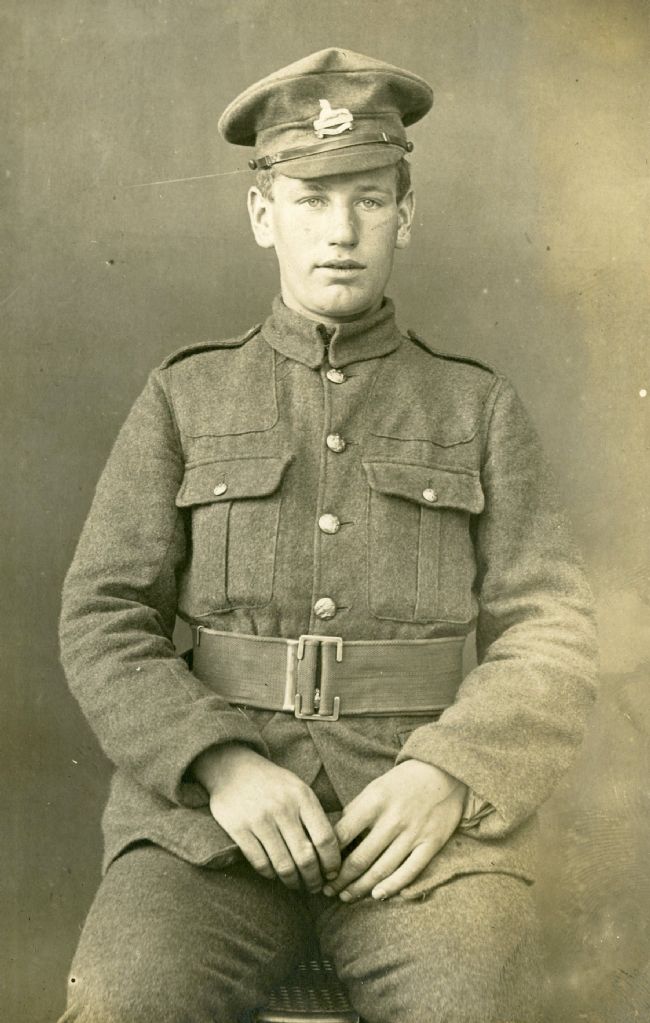 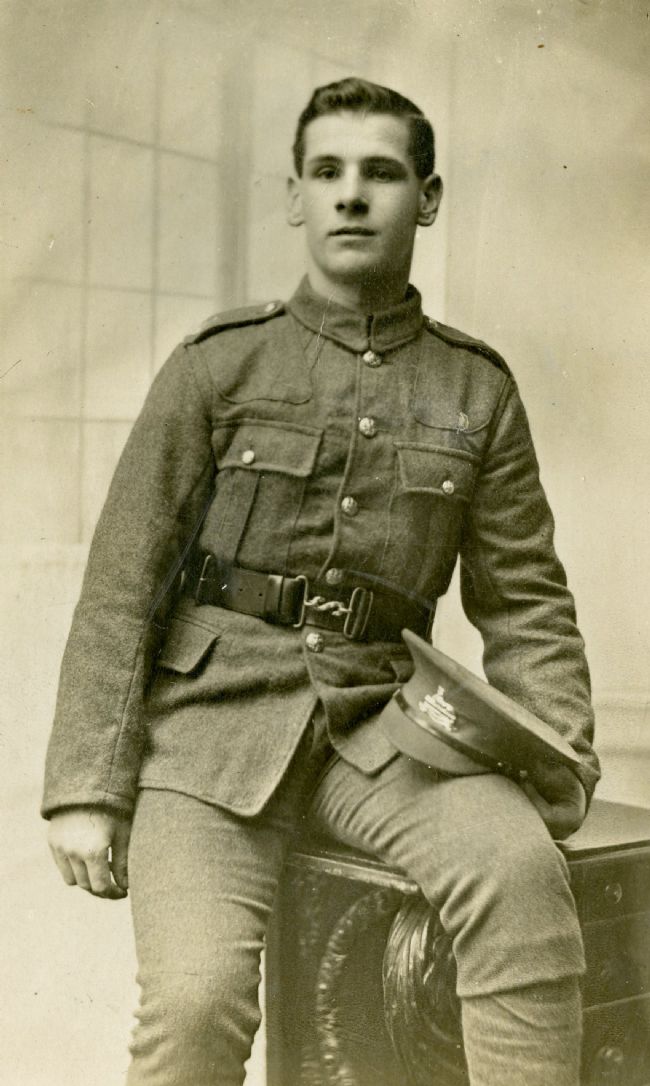 Sydney Markham in WW1 Uniform c.1916
During the First World War gas was used as a weapon of war for the first time. Soldiers were issued with cumbersome gas masks in an attempt to protect them from its effects. The first gas attack was on 22 April 1915, when the Germans used chlorine gas against the French Algerian division during the second battle of Ypres. This was against the laws of warfare, as contained in the Hague Convention of 1899, and the Allies reacted angrily in public. 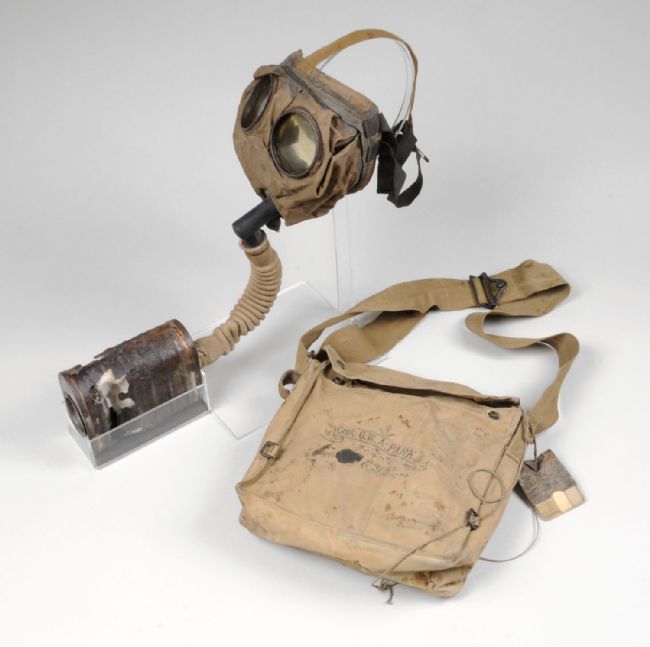 WW1 Gas Mask
British chemists rushed to produce a means of protecting the troops from the effects of gas. Because the enemy kept developing different types of gas, they had to find a gas mask that would work effectively when new forms of gases were introduced. The box respirator was their solution. It consisted of a mask that covered the soldier’s face, attached by a rubber tube to a separate canister which contained the filters that would protect him from the gas. As different types of gas were developed, soldiers could be issued with new filters to use with their existing mask. The box respirator proved effective as long as the soldier was able to get his mask on in time. 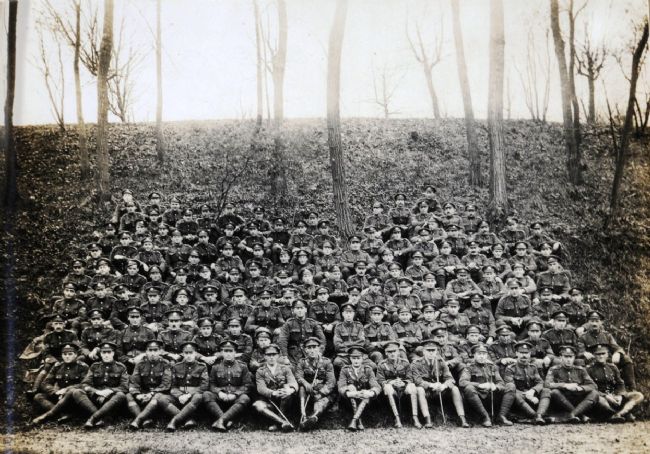 10th Battalion, Yorkshire Regiment (the Hull Commercials) 1918
While the horrors of the Western Front were very real, it was unusual for any battalion to spend more than ten days a month in the trenches (1). The army operated a system of rotation in which soldiers were moved between the front line, support and reserve positions, and billets which were well behind the firing line. 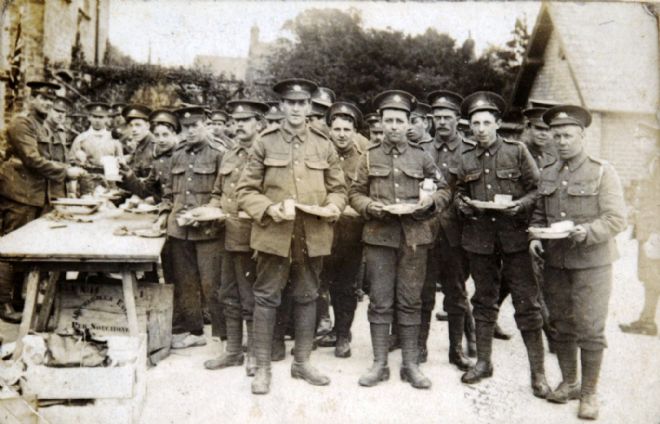 WW1 Soldiers from East Yorkshire Regiment
Billets could be tents, huts put up by the Royal Engineers or sometimes civilian houses appropriated by the army. Soldiers would be able to rest, eat hot meals, have baths or showers and replace any lost or damaged equipment. This system meant that soldiers’ time exposed to the dangers of the front line was limited and helped support morale.
(1) Corrigan, G. 2004. Mud, Blood and Poppycock. Cassell, London, p. 89.

Appropriated - take something for one's own use
Cumbersome - large or heavy; difficult to carry
Respirator - device to protect someone from breathing in harmful substances