Hyman Rutstein of the Jewish Battalion

A Jewish Watchmaker who Served in the British Army 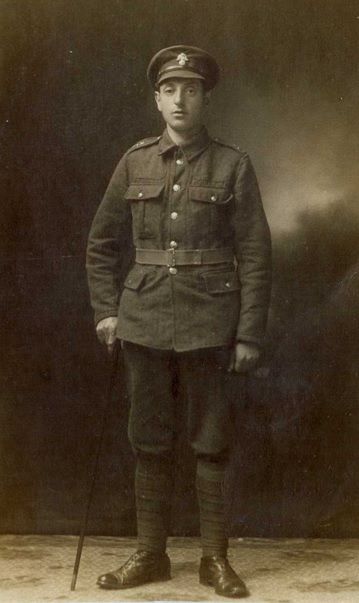 Private Hyman Rutstein was born on 3 July 1886 in Kovno, Lithuania and emigrated to England in 1905. He joined the Labour Corps attached to the 38th Battalion of the Royal Fusiliers in 1918. 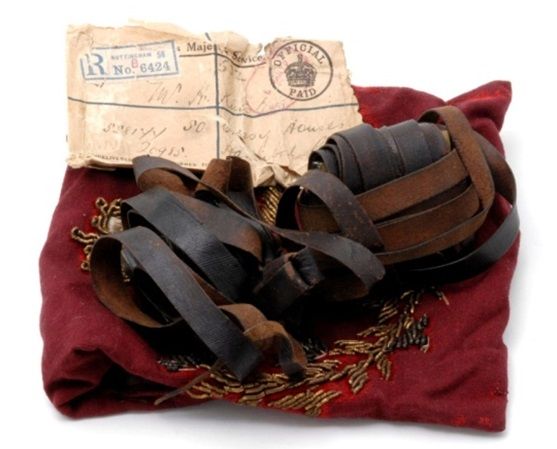 Jewish Tefillin used by Hyman Rutstein in the First World War
Hyman used these 'tefillin'  (pictured above) whilst he served during the war to help him maintain his Jewish faith. Tefillin are black leather boxes containing verses from the Jewish holy book, the Torah. Jewish men wear them as a reminder of God's protection, usually during morning prayers. Tefillin are worn on the upper arm and on the forehead. The one on the arm is known as ‘shel yad’ and the one on the head is the ‘shel rosh’.
The 38th Battalion of the Royal Fusiliers, the first Jewish Battalion was formed in August 1917 and made up of Jews from the East End of London, many of whom were Russian immigrants, like Hyman. Due to Russia’s withdrawal from the war there were concerns about the loyalty of Russian Jews. Therefore, after 8 August 1918 most Russian Jews were posted to the Labour Corps, rather than the fighting battalions.
The Labour Corps undertook various manual jobs: building and repairing roads and railways, building defences, moving ammunition and stores, guarding Prisoners of War and burying the dead. In parts of France and Belgium the men of the Labour Corps worked unarmed within the range of German guns.
This work was still very dangerous and Hyman was wounded in France around the Somme Basin by a violent explosion. He suffered serious head injuries and was taken to a military hospital in Sheffield. He became one of the 'walking wounded' and was honourably discharged on December 1919. 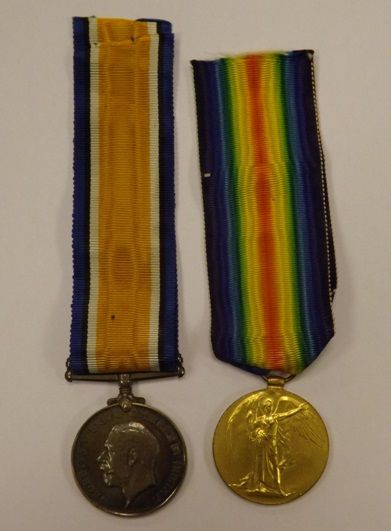 Hyman Rutstein's War Medal and 1914-1919 Victory Medal
After the war, Hyman became a self-employed jeweller and his son writes that he became known as the ‘Watch-maker of Stepney Green’. He gained British citizenship in 1922.

Citizenship - legally being a citizen of a country
Bar Mitzvah - A Jewish coming of age ritual performed when a Jewish boy reaches 13 years old.
Honourable discharge - leaving the armed forces with a good record, often for health reasons that mean you can no longer serve.
Immigrant - a person who moves to another country
Somme Basin - the area around the River Somme in northern France, where the Battle of the Somme took place
Walking wounded - people whose injuries are not life-threatening and can still walk around rather than being wheelchair boung or bed ridden.