Who wore this shoe? And why is it designed in this way?
View resources Teachers notes Share View related stories
Add to board
Previous section
Chinese Lotus Shoes

On 28th May 1955, Christopher Chattaway ran a mile in 3 minutes and 58 seconds at the White City Stadium. He was 14 seconds slower than Roger Banister, who broke the 4 minute mile record in the previous year.

Chattaway’s running shoes were designed and made by Adidas in Germany. The upper, made of goatskin, has been machine sewn onto the sole with rubber stuck on top.

An extra bar of rubber has been stuck under the ball of the foot and four spikes have been inserted into the sole. There are seven eyelets for the laces and the sides have the famous three-stripes trademark and Adidas stamp. The sock inside is also stamped ‘Anti-bacterial’. 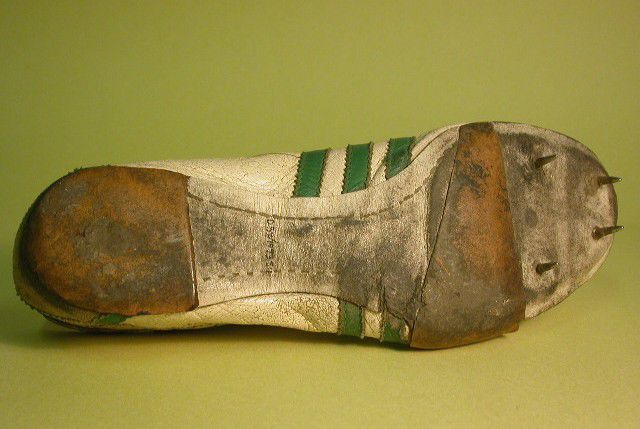