Who wore this shoe? And why is it designed in this way?
View resources Teachers notes Share View related stories
Add to board
Previous section
Christopher Chattaway's Running Shoes 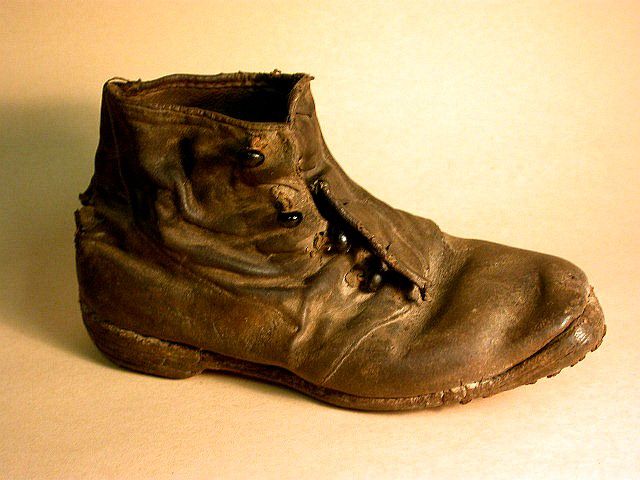 This young boy’s boot was part machine-made and part hand sewn by a local shoemaker in 1850. It is a hard-wearing and practical leather boot, with a square upturned toe, high ankle and four side buttons.   It was found in an unusual location, the thatch of a cottage, hence it's name of 'concealed boot'.  During the renovation or repair of old houses others have been found in walls and chimney breasts, over door lintels, under window sills, staircases, floorboards and roof rafters. It is thought that this mysterious custom was to warn off evil spirits or bring good luck to the house and family. 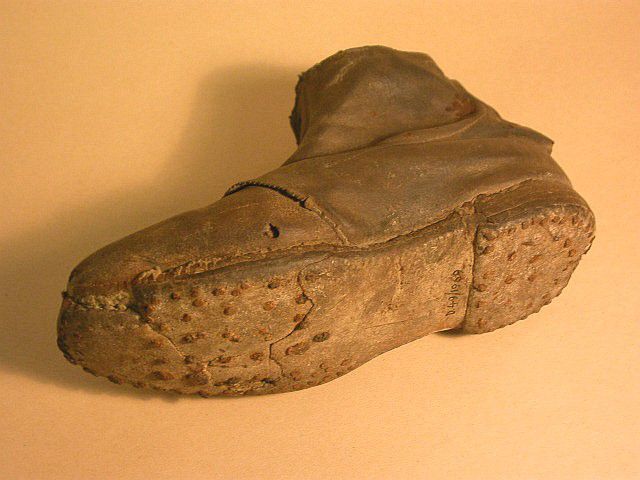 Concealed shoes are normally working class wear dating from the 15th to early 20th century. They are usually found with other single shoes, often beyond repair and keeping the shape of the wearer’s foot. Around half the concealed shoes found have been child’s shoes or baby’s first shoes, which are either hidden with shoes from other family members or on their own.

Some have been found with other objects, also broken or well used, including knifes, spoons, purses, candlesticks, coins, buttons, bowl and goblet. Some have also been found with chicken or cat’s bones.