Who wore this shoe? And why is it designed in this way?
View resources Teachers notes Share View related stories
Add to board
Previous section
Concealed Boot 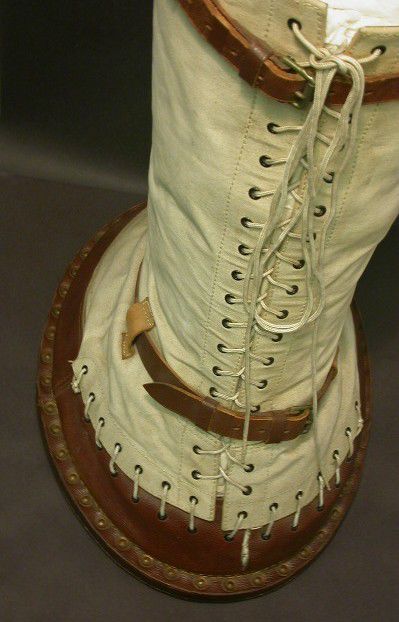 Jumbo the Elephant's Boot Back View

These enormous boots were designed by Colonel Hickman and made by Lotus Ltd, Northampton factory, in 1959. Their thick leather soles and laced canvas uppers were machine-made and the four boots took about two months to make.

They were worn by Jumbo the elephant to protect her feet whilst walking as part of John Hoyte’s British Hannibal Expedition. Jumbo was a three-ton, 11-year-old Indian elephant from a Turin zoo and she joined a group of two women and five men, including 26-year-old John, all from Cambridge. 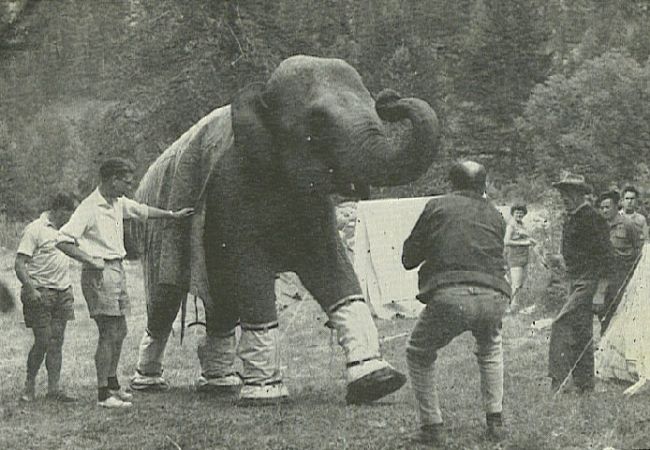 The trek tried to retrace the route that Hannibal, the Spanish general, and his warrior elephants took from France to invade Italy in 218 BC. The last 8km of the trek, across the Alps couldn’t be completed as the track was deemed to be unsafe.

Mr Tysoe, Works Manager for Lotus said, “All we had to work from in the first instance were four outlines of the elephant’s feet drawn of pieces of brown paper, a photograph of Jumbo and an idea of the expedition’s requirements.” Her boots fitted perfectly and John said, "All along the route, through France and Italy, the boots were the centre of attraction and admiration.” 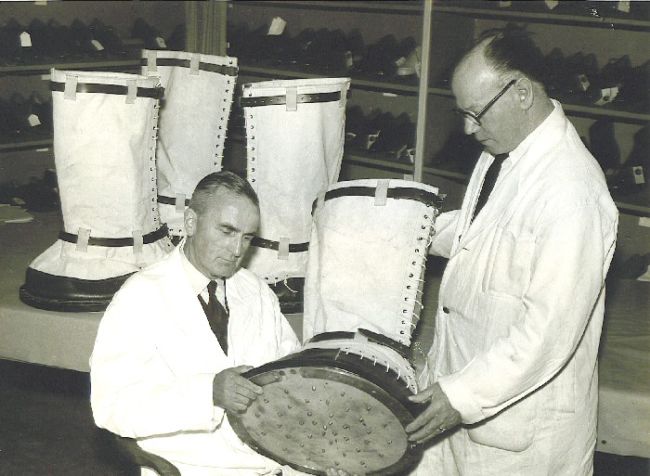 The expedition started off at a circus with a fanfare welcome, she showed signs of enjoying the attention and even posed for photographs. Throughout their journey the press followed the team, and Jumbo was cheered on and fed by the locals. During the night she walked very quietly and softly through villages, using her trunk to feel her way.

Objections were raised about the trek, however, as people argued that Hannibal’s elephants were battle-trained and did not wear protective shoes, unlike Jumbo who had lived in captivity all her life.

As well as investigating this historical event, the team aimed to make new international friends and raise money for the World Refugee Year fund.