Who wore this shoe? And why is it designed in this way?
View resources Teachers notes Share View related stories
Add to board
Previous section
Plaice Skin Shoes

Queen Victoria wore these beautiful satin, slip-on shoes on the day of her wedding in 1840. They were made by Gundry & Sons, London. She had nine-inch feet and the shoes are approximately a size 3 or 3½. 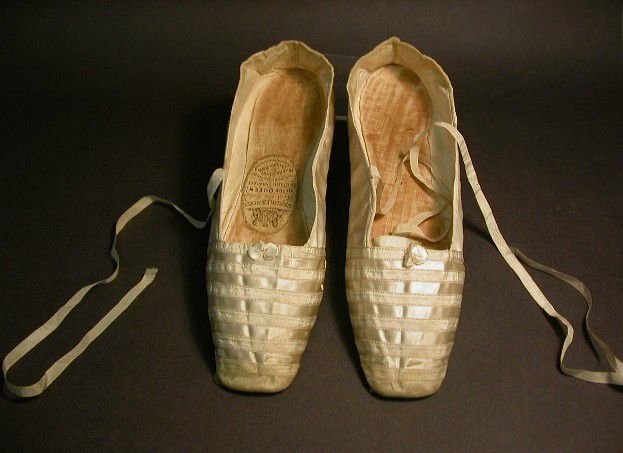 These shoes are trimmed with a small bow and six bands of ribbon across the square toe, a design which was typical of the time. They have flat leather soles and no heels, which was sensible and practical, as the wedding would have been an ordeal in itself!

At the time shoes were not supposed to be on show and including a lady's feet in her portrait was considered unattractive, so women forced their feet into the smallest possible shoes. Queen Victoria’s feet were made to look smaller than they really were in most portraits.