Who wore this shoe? And why is it designed in this way?
View resources Teachers notes Share View related stories
Add to board
Previous section
Whimsical Walker Clown Shoes

This hardwearing and practical leather footwear, were machine made by Parker Shoes in 1944. They were worn by Mrs Winifred Hall during her service in the Women’s Land Army during World War Two. She served from 13 February 1941 until 10 of November 1945. 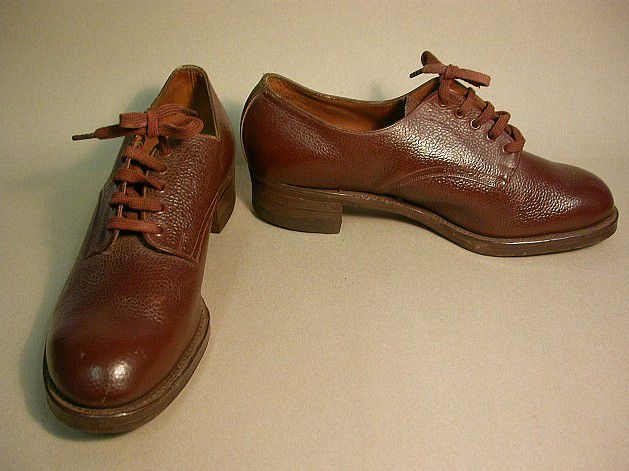 Her size six shoes formed a part of her uniform and were made from brown, grained leather with leather soles and lining and a rubber top piece. They had low stacked heels, which made them very suitable for the agricultural duties she performed.

During World War Two the Women’s Land Army recruits were signed up in a similar way to the men and filled the roles that the men had left behind, including agricultural work. Winifred along with several other women throughout the UK were trained to operate farming machinery, including tractors, and would live and work together on farms to produce and harvest much needed food.