The film’s narrative and content are designed for children aged 5-11 years and will also be useful for older students. It gives an overview of the development of the textile industry in Huddersfield and associated manufacturing trades, focussing on valve makers, Hopkinsons, whose history stretches back almost 175 years.

It is suggested that teachers watch the film before showing it to students, and become familiar with the contents of this pack so that they are able to answer any questions.The film is 3 minutes and 1 secondlong and includes stopping points with questions which are listed below. These can be used as a starting point for classroom activities or a way of finding out what students already know. 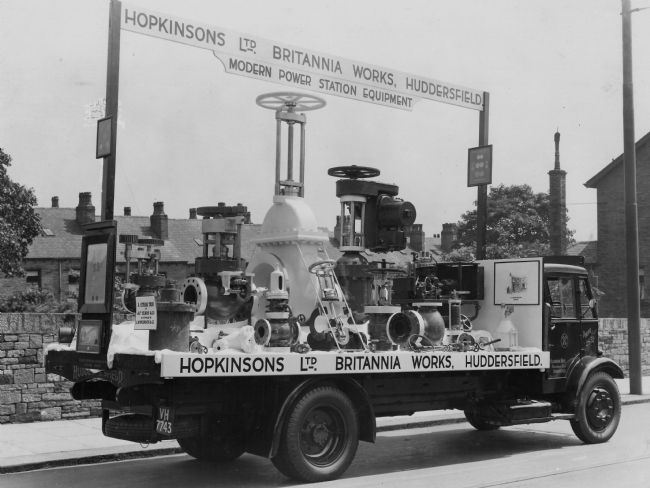 The Market Cross is a grade 2 historical landmark situated in Market Place,  Huddersfield. It was erected in 1671 to mark the granting of a royal charter to the  Ramsden family, enabling a market to be held on the site. It was close to the parish  church and on the main route through what was then a small village. A century  later, the cloth trade had moved to the Cloth Hall, built by the first John  Ramsden’s grandson, and situated where Sainsbury’s is today.

The Huddersfield coat of arms bears the motto Juvat Impigros Deus, meaning God Defends the Diligent (or in Yorkshire, God Helps Those Who Help Themselves). The arms are based on those of the Ramsden family, who originated from Byram. The crest includes rams’ heads to represent the wool industry. There are many examples, including:

· On the covered market

· On the Ramsden building on the university campus

· On the Town Hall

· On the Britannia buildings in Briggate, Elland