‘It’s a Long Way to Tipperary’ is perhaps the best known song of the First World War. It was written by Jack Judge and Harry Williams as a music hall song in 1912. Jack Judge is rumoured to have been challenged to write a song overnight for a bet and converted an existing song by the duo, ‘It’s a Long Way to Connemara’. 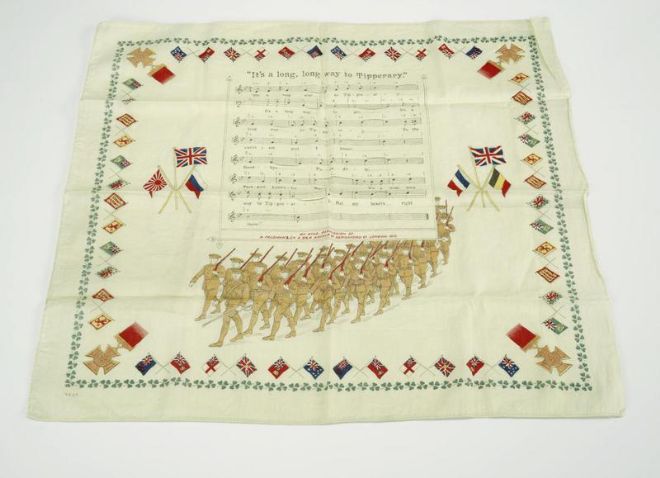 Commemorative 'It's a Long Way to Tipperary' Handkerchief
The song was a hit and soon recorded by a famous singer. It was also popular with soldiers, like those of the Connaught Rangers Regiment who were heard singing it as they marched through Boulogne, in August 1914.

What is the Song About?

Unlike songs from earlier wars, ‘It’s a Long Way to Tipperary’ does not urge soldiers to win personal glory through heroic deeds, but focuses on home and longing for loved ones. 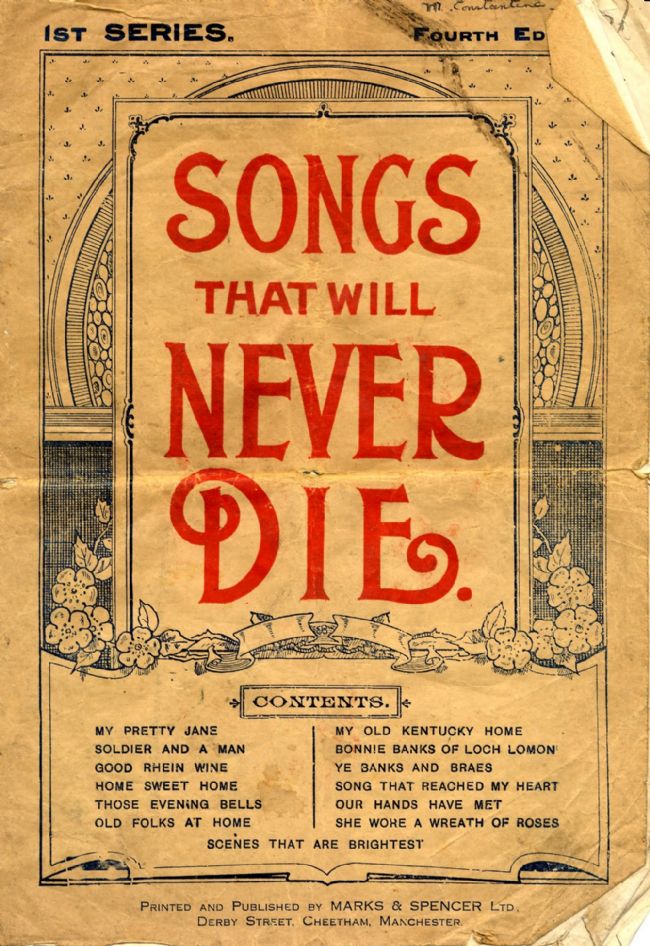 Sheet Music'Songs that Will Never Die' Published by M&S
The original pre-war song was inspired by the homesickness experienced by Irish expatriates, who came to work in England in great numbers from the Victorian period onwards. In it, the narrator Paddy’s girlfriend Molly threatens to marry another suitor called ‘Mike Malone’ instead, if he does not come home soon.
During the First World War, soldiers identified with the song’s theme of being far from home and loved ones. The journey from training camp to the trenches was just as long as the journey from Tipperary to London and the sense of upheaval just as great.

(A song sheet of these lyrics is available to download as a Word document)
Up to mighty London
Came an Irishman one day.
As the streets are paved with gold
Sure, everyone was gay,
Singing songs of Piccadilly,
Strand and Leicester Square,
Till Paddy got excited,
Then he shouted to them there:
[Chorus]
It's a long way to Tipperary,
It's a long way to go.
It's a long way to Tipperary
To the sweetest girl I know!
Goodbye, Piccadilly,
Farewell, Leicester Square!
It's a long, long way to Tipperary,
But my heart's right there…
[Repeat chorus]
Paddy wrote a letter
To his Irish Molly-O,
Saying, "Should you not receive it,
Write and let me know!"
"If I make mistakes in spelling,
Molly, dear," said he,
"Remember, it's the pen that's bad,
Don't lay the blame on me!
[Repeat chorus]
Molly wrote a neat reply
To Irish Paddy-O,
Saying "Mike Maloney
Wants to marry me, and so
Leave the Strand and Piccadilly
Or you'll be to blame,
For love has fairly drove me silly:
Hoping you're the same!"
[Repeat chorus] 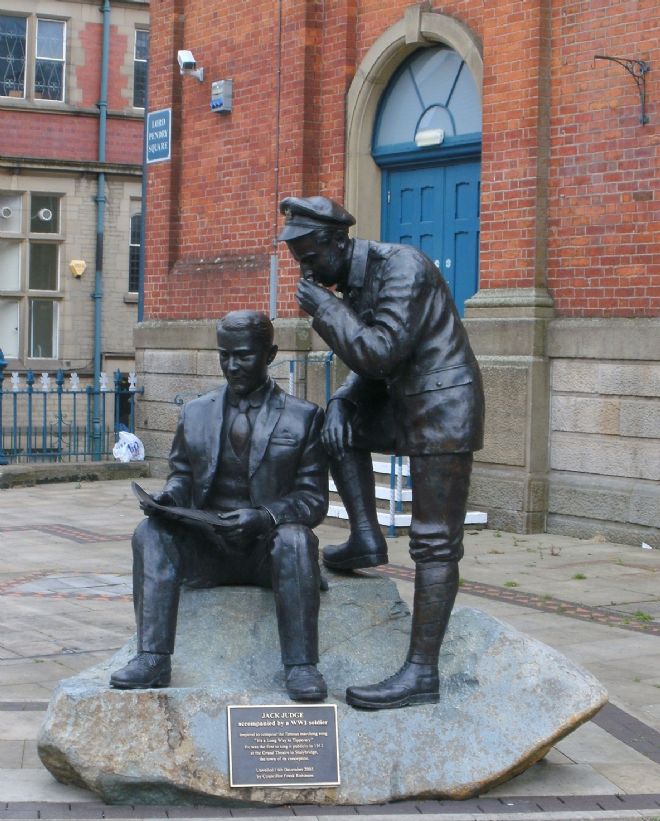 Converted - change something so it can be used in another way
Expatriate - someone living or working in a foreign country
Gay - light-hearted and happy
Glory - fame and honour when someone does something important
Identify with - understand, feel the same as
Sentiment - feeling or theme
Tipperary - town in County Tipperary, Ireland
Upheaval - Strong sudden change
Next section

M&S and the First World War