How Were Woodblock Prints Made?

At least four people were needed to work together to produce a  Ukiyo-e  woodblock print. They included a publisher, an artist or designer, a block-cutter and  a printer. 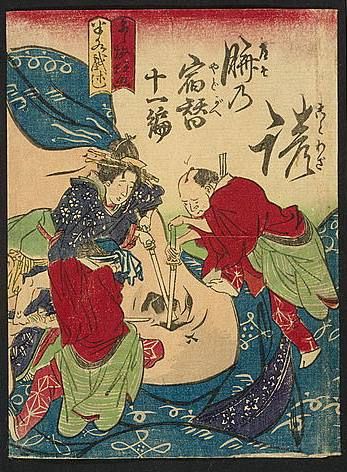 Woodcut Print by Utagawa, Yoshiume, c.1830s
Prints were probably made in sets of 200 at a time, with further batches being made on demand. A popular image could run to thousands of copies.   These prints were relatively affordable pieces of artwork, within the reach of middle class households throughout Japan and the world.
Next section